Why Belarus needs a trade route with Europe bypassing Russia 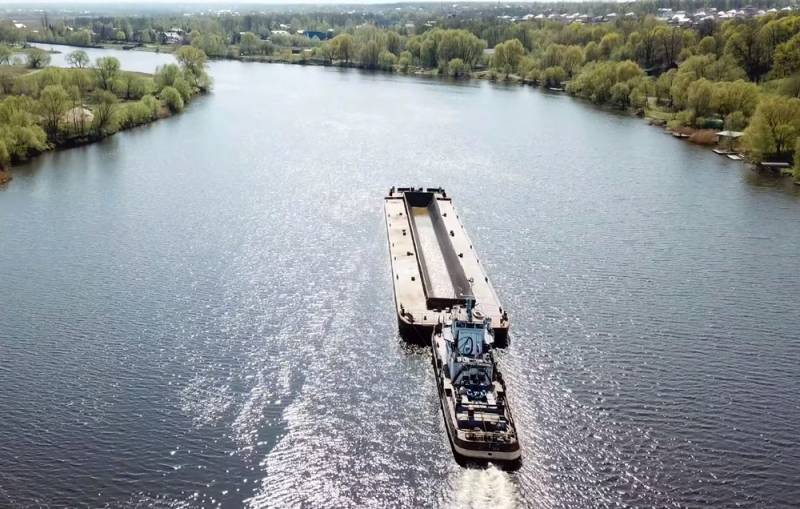 A year ago, after the ambiguous results of the presidential elections, Alexander Lukashenko barely held on to power only thanks to the direct and unequivocal support of the Kremlin. Now the turn of the official Minsk has come to thank Moscow for its help by taking further steps to economic integration within the Union State. However, "Old Man" has again turned on its proprietary "multi-vector" regime. Why is this dangerous for Russia and for Alexander Grigorievich himself?


As you know, Belarus has no direct access to the sea, but at the same time actively exports oil products, potash fertilizers and other products by sea. Previously, this was done in transit through neighboring Lithuania, but after the events of 2020, for political reasons, Minsk decided to "teach a lesson" to Vilnius by transferring about half of the total volume of gasoline, fuel oil, gas oil and oil to Russian ports in the Baltic. Delivery is carried out by rail, where Belarusian exporters received an “allied” discount on tariffs. The other half remained in Klaipeda. "Multi-vector". Also, Minsk plans to build its own terminal in the Russian Ust-Luga for transshipment of bulk cargo, such as mineral fertilizers, but this is not a quick matter, it will take more than one year.

It would seem that now everything is in order: the long-awaited breakthrough has finally taken place in the issue of reorientation of cargo flows to Russia, and there is nothing for Alexander Grigorievich to "throw a charge". Unfortunately, this is not entirely true. A couple of days ago, the Belarusian Ministry of Transport issued the following statement:

The Belarusian Shipping Company has expressed its readiness to organize experimental flights for the delivery of metallurgical products to European countries through the ports of Odessa (Ukraine) and Smederevo (Serbia) with loading in Mozyr.
Why should we strain ourselves a little from this? On the one hand, Belarus could well use the services of the Russian transport infrastructure. On the other hand, the choice was made in favor of Ukraine, which takes an openly hostile position towards our country and at the same time does not recognize Oleksandr Grigorievich himself as a legitimate president. Why is that?

An important nuance is that deliveries of Belarusian metallurgy products have already been going through Odessa for a long time, and their volumes are only growing. In 2020, the Belarusian Metallurgical Plant exported 460 thousand tons through this Ukrainian port. What kind of "experimental flights" are we talking about then? Obviously, Minsk defiantly wanted to draw the attention of the Kremlin and the domestic media to this route, which bypasses Russia. And he is very interesting. Belarusian products are loaded onto river-sea vessels in Mozyr, they descend along the Pripyat River, which runs through the exclusion zone near the Chernobyl nuclear power plant, to the Dnieper and along it go to Odessa, and from there to Serbia. It would seem that there is nothing wrong with it, an ordinary river trade route. However, there is one fundamental point.

The fact is that this waterway is an integral part of the promising trans-European waterway E40 from Gdansk to Kherson. It is assumed that the Baltic and Black Seas can be connected by a new route "from the Varangians to the Greeks" through the territory of Poland, Belarus and Ukraine. This EU project, called E40, should be implemented within the framework of the Eastern Partnership. Theoretically, in the future, it is possible to connect the Polish Vistula with the French rivers, this route is called the E70. The volume of river trade between the Baltic and the Black Sea basin is estimated at 5-7 million tons per year. Not much, but for Ukraine and Belarus it is quite decent money. In 2019, when President Lukashenko was still shaking hands in the West, he said:

We did everything from our side. There was only one question - and now you have only one thing: the deepening of the bottom of the Pripyat and the Dnieper. We committed ourselves and deepened the Dnieper bottom to Pripyat, now the question is yours. So that "river-sea" ships could pass everywhere.
Why did “Batka” again attract increased attention to the potential of the river route from Belarus to Ukrainian Odessa? The fact is that if the E40 highway is launched, the NATO bloc will be able to transfer its small class warships bypassing the Turkish straits to the Black Sea. Moreover, no restrictions from the notorious Montreux Convention will be imposed on them. It is not surprising that the construction of the E40, despite its not so high economic potential, is of interest to the American expert community as a way to contain Russia's military capabilities.

The only obstacle to the implementation of such a dual-use project can only be the position of Moscow, which can remind Minsk of its allied obligations. And here the "Batka" will open up space for the next political maneuvers, pressure on the Kremlin and trade in their "multi-vector".
Ctrl Enter
Noticed oshЫbku Highlight text and press. Ctrl + Enter
We are
How much will it cost Russia to transfer Belarusian transit to its ports
Peace enforcement operation. Russia inflicts a preemptive strike on Kiev
Reporterin Yandex News
Read Reporterin Google News
15 comments
Information
Dear reader, to leave comments on the publication, you must sign in.