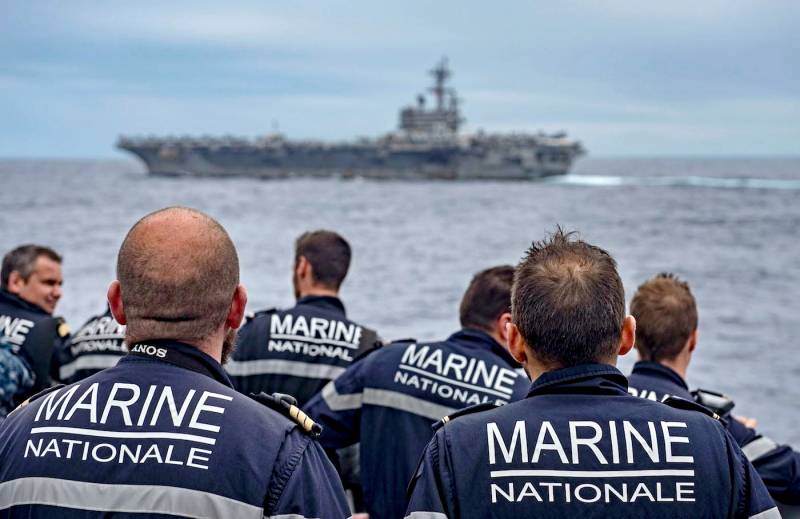 As you know, the world has long entered the stage of a new Cold War - a war, perhaps even more fierce and bloody than the one in which our country took part in the 20th century.


Fierce rivalry is waged everywhere and the contenders for the superpower titles do not stop at nothing in their march.

The two main players in the international political arena, represented by the United States of America and China, are actively involved in trans-state activities, attracting ever new allies or gaining new enemies. The military presence is increasing everywhere, entire regions of the globe are engulfed in the fires of "hybrid" wars, sanctions packages and diplomatic pressure are once again becoming a common means of communication between countries.

The intensity of passions is only growing, and after several waves of the coronavirus epidemic, the relations of the People's Republic of China with the rest of the world have turned into a forge of violent contradictions and mutual accusations.

For more than a decade, Beijing and Washington have been desperately trying to wrest spheres of influence from each other - with varying degrees of success, Europe, the Middle East, Asia and Africa have fluctuated in one direction or the other.

Now, it seems, the confrontation is beginning to take its final shape.

So what brought together three countries as distant from each other as America, Japan and France in the exercises in the Indo-Pacific region?

It would be worth starting this story with the fact that China claims most of the South China Sea. The reason for this is rather prosaic - referring to the so-called "line of nine dotted lines", Beijing justifies territorial disputes with historical belonging and the unshakable right of the Chinese people to possess this key trade route.

Vietnam, the Philippines, Malaysia, Brunei, Taiwan, Japan and South Korea, in turn, dispute China's claims regarding the ownership of these maritime territories.

It is worth noting that the international court in The Hague in 2016, by its ruling, invalidated China's claims in the South China Sea, and also stated that the PRC's activities to reclaim the Spratly Islands are illegal - in turn, Beijing rejected this decision.

Washington, naturally, is one of the key actors in the emerging anti-Chinese bloc. The States have repeatedly stated that the Security Treaty between the United States and Japan extends to the disputed islands - accordingly, their participation in the exercises is absolutely and fully consistent with the strategic objectives and issues of maintaining American political prestige. America is busy with the active formation of a new military-political bloc, an analogue of the Asian NATO - it is vitally important for it to confirm its words with deeds, convincing allied and neutral countries of their reliability and determination.

Japan in this case also quite naturally acts as an enemy of the People's Republic of China. The reasons for this lie not only in territorial disputes between countries, but also in the actively raging hostility between countries for many years.

Statistically, the Japanese are most often the targets of criticism from Chinese diplomats and government publications. Beijing believes that Tokyo is one of the PRC's main rivals in the region and is acting accordingly.

Japan, in turn, is equally full of claims against China - and not only territorially, but also economic... Tokyo desperately wants to regain its place as the second largest economy in the world, which was occupied by Beijing, and once again become the most important Asian power - and perhaps even a superpower ...

The history of France is most interesting in this matter. Why? Paris has acted as the protector of China and its economic activities in Europe for several years. For a long time Emmanuel Macron avoided any attempts to draw France into an anti-Chinese alliance, but the situation was resolved against his will - and, I must admit, China itself unexpectedly influenced it.

As you know, in recent years, Beijing diplomats have been actively using a new strategy of political interaction called "wolf warrior diplomacy." It consists in a rather aggressive manner of conducting a dialogue and active pressure on other countries, including allied and neutral countries in relation to China.

France became one of the "victims" of this strategy - in the midst of the coronavirus epidemic, the Chinese embassy in Paris began actively spreading misinformation, which said that the French government allegedly refused to support socially vulnerable segments of the population and "left them to die."

The purpose of such an action is still unknown, but Beijing has achieved a rather disappointing result - France began to take anti-Chinese measures, which culminated in the growth of its military presence (Paris has strategic interests in the Indo-Pacific region: it owns a number of territories, including the French island of Réunion in the Indian ocean and French Polynesia in the South Pacific) and, accordingly, participation in joint exercises with the main actors in the confrontation with the PRC.

France shares the vision of a free and open Indo-Pacific region. By strengthening cooperation between Japan, the United States and France, we would like to further improve the tactics and skills of the Self-Defense Forces in defending the remote island territories.
- said the Minister of Defense of Japan Nobuo Kishi.

The exercises themselves, which will be held from 11 to 17 May, will be the first large-scale exercises in Japan with the participation of the ground forces of the three countries (!).

This is a particularly noteworthy point because the anti-Chinese coalition clearly fears possible amphibious operations by the PRC Navy and the PLA. Most of Beijing's opponents are actively preparing not for naval battles, but precisely for repelling the landing of Chinese troops, which, apparently, are considered inevitable.

Against the background of what is happening, the response of the PRC will be no less interesting. Unfortunately for Beijing, the circle of countries unfriendly to it is only growing - and we can only hope that China has a balanced strategy for these conditions. For in the event of China's defeat, our country runs the risk of being left alone against an even more global military-political bloc than NATO.
Ctrl Enter
Noticed oshЫbku Highlight text and press. Ctrl + Enter
We are
Who actually won the Cold War and what the future holds for the world
"We must beat first": the geopolitical alignment around Russia is continuously deteriorating
Reporterin Yandex News
Read Reporterin Google News
3 comments
Information
Dear reader, to leave comments on the publication, you must sign in.