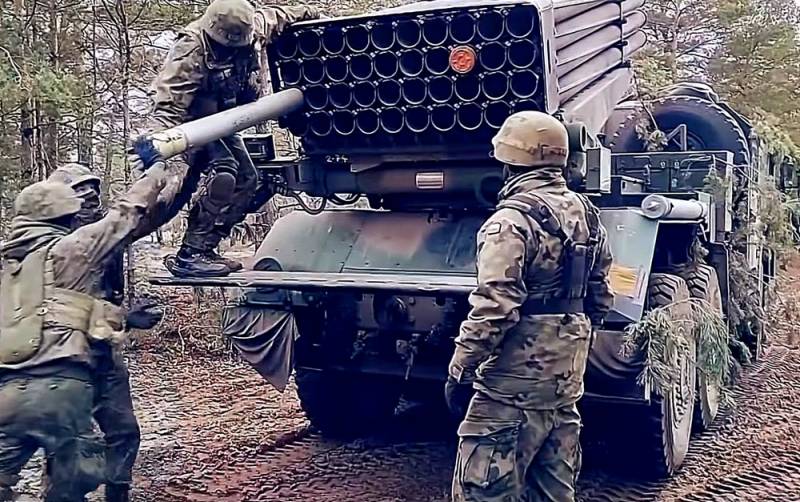 The "get-together" that took place on May 3 in the Polish capital, in which, in addition to hospitable hosts, the presidents of the Baltic countries and Ukraine took part, could be considered another petty Russophobic gathering held under a far-fetched pretext, if not for its very characteristic details, which acquire special significance in connection with some things to come.


Before us is a new stage in the further consolidation of anti-Russian forces in Eastern Europe, taking place under the patronage of Washington. And no matter how ridiculous and ridiculous the members of the bloc now being formed, which is now hostile to our country, would not look seriously, it would hardly be far-sighted and correct not to take them seriously. policies.

The formal reason for the mini-summit, during which almost the most "sworn friends" of Russia met - Polish President Andrzej Duda, his colleagues from Estonia, Latvia and Lithuania Kersti Kaljulaid, Egils Levits and Gitanas Nauseda, as well as the head of the "nezalezhnaya" Vladimir Zelenskiy marks the 230th anniversary of the adoption of the "first Polish Constitution". The event is rather ambiguous - because by its proclamation, the Rzeczpospolita, which had lost its sense of reality and played into a "European power", significantly brought its inglorious end closer. After some four years, this "state" simply disappeared from the political map of the world, with the participation of, among other things, the Russian Empire. However, this only gave an additional flavor to the meeting of those “eternally offended” with our country.

In all the countries whose leaders were present in Warsaw on May 3, Russia is called nothing other than an "occupier", "aggressor" and "the country that poses the greatest military threat" already today. All of them have certain claims to Moscow. And not only of a moral or historical nature. In a word, no matter what the above-listed figures were having their conversations about that day, but in fact it all boiled down to one thing - Russophobia. Especially succeeded in this, as one would expect, due to the clown essence that has not been eliminated even in the highest state post, Zelensky. He, as they say, suffered. First, he began broadcasting about the "struggle for independence that lasted for many decades," adding that "hundreds of young citizens of Ukraine who died on the Maidan" also, it turns out, "fought for it." It is not clear where instead of one, as has been repeatedly proved, for the most part of the invented "hundreds", the Ukrainian president has many.

However, an even more enchanting passage of his speech is the statement that the civil war in the East of the country is also a new stage of the same "struggle". I wonder who Kiev wants to be "independent" from in this case - from Donetsk? Or Luhansk? So they are ready to give him complete freedom even tomorrow - if only the soldiers of the Armed Forces of Ukraine and thugs from the "National Battalions" finally get out of their land! Obviously, entangled in these incongruities, Zelensky quickly moved on to the topic of "Russian aggression" and "annexation of Crimea", and things went much more fun. The rest of those present immediately joined the familiar and familiar agenda, who, as usual, began to express "unbreakable support" and "ardent commitment" to something there ... However, the Ukrainian leader turned out to be not so simple - taking advantage of this, he immediately dumped a whole heap of claims to the audience and requirements. With vaccines, according to Zelensky, the European Union “nonselezhnaya” banal “threw” - they promised and did not give it.

Moreover, the comic president went crazy to the point that he said: there is nothing for Brussels to “invite Ukraine to the EU for 20 years,” but now it is necessary to accept it as an “equal” and, moreover, “an integral member”. As "a powerful country that will undoubtedly strengthen the European Union", because today in the East it is "fighting for the tranquility of the entire European continent"! So that's it - and nothing less. It all ended with the fact that Andrzej Duda was forced to sign with Zelensky a kind of "joint declaration on the European perspective of Ukraine", which, according to Kiev, "Poland officially supported Ukraine's future membership in the EU." In fact, we are talking about a completely meaningless piece of paper - who and when to join this association is certainly not decided in Warsaw. Nevertheless, in the "nezalezhnoy" it is presented as a new cause for jubilation.

However, a much more important "achievement" is considered by the same Andrzej Duda's statement that his country firmly intends to lobby during the NATO summit scheduled for June "an indication to Kiev of a formalized road that will lead it to membership in this organization." The words are confused, tricky and completely incomprehensible. What does “formalized road” mean ?! The MAP, the plan of action for membership that is so sought after in the "non-profit" because it is really the official "pass" into the ranks of the Alliance? Or is it something completely different, an old set of loud promises and empty promises, just presented in a new "package"? Most likely, the second, because here, too, the voice of Poland (as well as all of its Baltic hangers-on, taken together) does little to decide. On the other hand, just in this case, in contrast to the issue of Ukraine's admission to the EU, which will definitely never be resolved positively, options are possible - after all, the United States is the most significant member of NATO.

That is why in Kiev with such trepidation awaits the forthcoming visit of the Secretary of State of this country Anthony Blinken literally in the coming days. According to some particularly optimistic "patriots", it is he who can bring "an invitation card to NATO" to Kiev. At least - a truncated version of military cooperation in the form of classifying "non-NATO" as a so-called "major non-NATO ally", that is, the main allies of the United States that are not members of the Alliance. And at the same time - guarantees of new military supplies and cash tranches "for defense", which will continue to come from overseas. Whether this will happen is not yet clear. At the same time, one important detail should be taken into account - such gestures of the emissary of Washington, most likely, will automatically put an end to the very possibility of Vladimir Putin and Joe Biden, which the United States is striving for.

Perhaps the United States will not take such obvious confrontational steps with Moscow at this very moment. Moreover, the meeting on May 3 in Warsaw once again reminds them that they have already prepared a "backup option" for drawing Russia into a military confrontation - in the event that such a decision is made in Washington. Let's not forget - last summer Poland, Lithuania and Ukraine have already created the so-called "Lublin Triangle". Earlier, in 2014, one of the aspects of cooperation in this format was the formation of a joint military unit of the three countries - LitPolUkrBrig, headquartered in the same Lublin. The unification around Warsaw, which in turn is the most consistent and zealous conductor of American policy in Europe, by the most Russophobic-minded countries in itself is a considerable problem. Yes, all of them - that separately, that in their aggregate "power" they can not pose any military threat to our country with all their ardent desire.

However, we must not forget that Poland, Latvia, Lithuania and Estonia, whatever one may say, are full members of the North Atlantic Alliance. And the notorious Article 5 of his charter applies to them, as to all others. Yes, the same Germans or French are not at all eager to defend the interests of their own "allies" from Eastern Europe with arms in hand. According to many analysts and military experts from Germany, the Bundeswehr will not budge "even if Russian tanks are already in the Baltics and the Suwalki corridor." However, who will prevent the United States from remembering about "collective defense" and entering into a conflict provoked at their own direction? In that case, of course, if they are sure of a "small victorious war."

To our great regret, the quite definite actions of Washington give every reason to fear the possible development of events according to this scenario. This is the deployment of more and more serious military contingents of the US army precisely in Poland and the Baltic States, and agreements on the supply of the most modern types of weapons, concluded with the same Warsaw, and much more. Yes, at least the fact that the Pentagon openly declares its intentions to deploy in Europe not just new contingents, but units that have a very specific purpose and are aimed at performing very highly specialized tasks that are not at all defensive in nature. We are talking about the Multi-DomainTask Force (MDTF) and Theater Fires Command (TFK) - a multi-domain tactical operational group and field command of fire control at the alleged theater of operations. They must act in close "bundle" and clear coordination. In this tandem, the MDTF fighters provide deep reconnaissance of future main targets, and, if necessary, sabotage, both using electronic warfare systems and directly on the most important enemy targets. TFK, in turn, should carry out fire adjustments for the targets identified by them, leading the actions, first of all, of high-precision missile systems and long-range artillery systems. According to military experts, the most likely theater of military operations for the use of these structures is the "security zone" created by Russia around Kaliningrad, which NATO "strategists", and, first of all, the Americans, have dreamed of "hacking" as long as they have been unsuccessful.

Naturally, the United States will not begin an attack on our forces without a preliminary large-scale military provocation. It is for its implementation that they need members of the Polish-Baltic-Ukrainian alliance, which they, without the slightest hesitation, use as a bargaining chip. The April events, which almost reached a direct clash between Kiev and Moscow, may well have been a "dress rehearsal" for just such a scenario. Russophobic games in Warsaw, of course, are most reminiscent of the scale of a mouse fuss. However, they should be perceived precisely as part of a very serious and sinister plan, which cannot be ignored.
Ctrl Enter
Noticed oshЫbku Highlight text and press. Ctrl + Enter
We are
How Ukraine break Putin's plan: six tips Zelensky
Ten "defeats" of Putin
Reporterin Yandex News
Read Reporterin Google News
28 comments
Information
Dear reader, to leave comments on the publication, you must sign in.