Powerlessness of NATO: Russians cannot be fought either on land or at sea 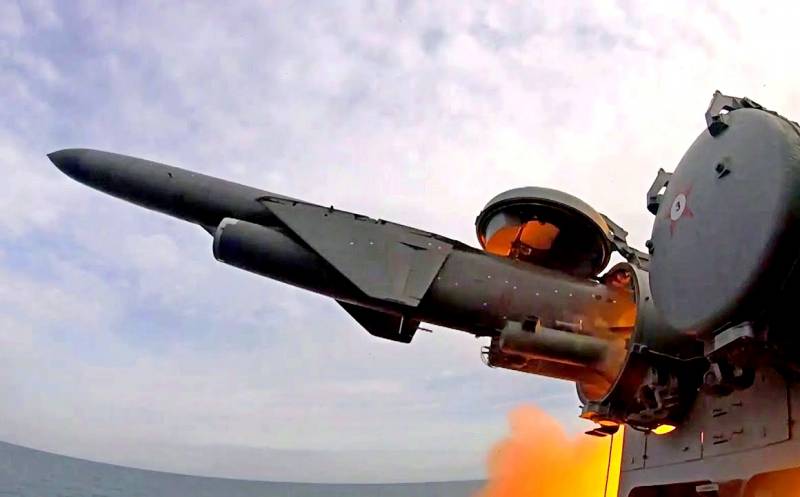 Now, when the whole world takes a breath after the failed hot phase in the 7-year (according to the Ukrainian side) Russian-Ukrainian war, and Putin is preparing either for a meeting with Biden, or, as the head of his press service Dmitry Peskov assures, he is working on questions on possible bilateral negotiations with his Ukrainian counterpart, I would like to dwell on some points that have gone unnoticed by the general public. Why did the next hot phase never happen, why at the last moment Kiev sang about the inadmissibility of civilian casualties, and Biden was the first to call Putin and offer a dialogue (about the American attack destroyers Donald Cook and Theodore Roosevelt "is somehow not even convenient to remember, but the episode is indicative!).


Where did such a peacefulness suddenly appear on the American side and their deranged charges in Ukraine? Nobody asked themselves such a question? And there were reasons that many did not notice. More precisely, no one noticed, except for those who were entitled to this according to the rank of their position in the General Staff of the Armed Forces of Ukraine and in the Joint Chiefs of Staff of the US Armed Forces that oversees it. The general public only noticed what was shown to it - a massive build-up of the Russian group on the closest approaches to the Ukrainian border, which took place demonstratively in the daytime without observing the necessary camouflage measures, it even reached the point that even the side numbers of this or that military equipment to this or that military unit were not camouflaged, which is the primary and obligatory condition for its transportation along civil routes, to which, of course, Russian Railways also belongs. It is hard to believe that the Russians went to the violation of strategic camouflage measures by accident. As a result, the whole world saw that two combined-arms armies (41st and 58th) and three airborne divisions (7th, 76th and 98th), including two airborne assault, and one also a specialized mountain.

Ukrainian mass media with pleasure on the verge of masochism laid out videos about the Russian armada moving towards their borders, when the eyes were already dazzled by self-propelled heavy 240-mm mortars 2S4 "Tulip", no less formidable self-propelled 152-mm howitzers 2S19 "Msta-S" and the most powerful in the world 203-mm self-propelled artillery units 2S7 "Pion" and 2S7M "Malka", echelons on open platforms moving to the borders of Ukraine from Siberia and Krasnodar Territory. Who does not know - these are the heaviest long-range barrels in service with the Russian Armed Forces. The 58th army, the one that pacified the raging Saakashvili in 2008, and the Pskov paratroopers of the 76th Guards Airborne Assault Division, whose 104th regiment, stationed in the village of Cheryokha, Pskov region, suddenly I was getting ready to go to the Crimea. This is the elite of the Russian troops who have gone through not a single armed conflict. If we add to them the Buryat tankers, along with their T-72s moved to the borders of Ukraine from Yurga, Kemerovo region, as well as the best Russian anti-aircraft missile systems Pantsir-C1 and S-400, hastily transferred to Crimea, allegedly for participation in the exercises, you can suddenly understand the changed plans of the Ukrainian High Military Command. Approaching the borders of the Independent Buryat horse-diving armored divisions of the “killer-Putin”, who had lost touch with reality, had their effect and had a sobering effect. The Supreme Military Leadership of Ukraine immediately remembered about its civilians, who, by the will of fate, found themselves in the conflict zone, and gave the back.

And if we add to this 15 pennants of the Caspian flotilla, which made an inter-fleet transition from the Caspian to the Black Sea for the sake of participating in the same "exercises", which has never happened in the entire recent history of the Russian Federation, and 4 pennants moving there from the Baltic to consisting of three large landing ships "Minsk", "Kaliningrad" and "Korolev", accompanied by the shock corvette "Boyky", the oil painting will be complete. Ukraine had every reason to worry, and Biden had an irresistible urge to call Putin.

But this is, so to speak, an external component, something that everyone noticed, what it was aimed at. And I would like to draw your attention to what was left behind the scenes, what was noticed only by the military and people responsible not for the information support of a possible conflict (these just did their job for "five-plus"), but for the escalation and its logistic support. And they noticed that Putin moved the 41st combined-arms army of the Central Military District, located far beyond the Urals, into the zone of potential conflict, with deployment in Novosibirsk, Kemerovo, Sverdlovsk, Tyumen regions, the Republic of Tyva and Altai. While he had at hand the combined arms armies and closer, the same Central Military District only located on this side of the Ural ridge. Why? The answer on the surface is that the Central Military District, located in the depths of the Russian Federation, is called upon to support the Western, Eastern and Southern Military Districts, which maintain the defense perimeter, with its troops. If Putin is transferring troops from the Central Military District to the west and south, then everything is calm in the east. Who is in the east with us? That's right, China. In the near future, conflicts with the Russian Federation are not expected, so the army can be safely removed from this flank and transferred to a dangerous area. The fact that Buryat tank horse divers turned out to be in it is pure chance, these guys are from the informational component of a possible conflict, they have already fulfilled their role and, along with Petrov and Boshirov, make up the backbone of our defense capability.

But how the Russian Railways coped with this made Western strategists ponder. In just a week, three separate motorized rifle brigades (55th, 35th and 74th Guards) with deployment in Kyzyl, Aleisk and Yurga took off, and plunged onto platforms together with the 120th artillery brigade of high power (those same " the heaviest barrels ", which are in service with the Armed Forces of the Russian Federation), the 119th missile brigade (those very terrible" Iskander-M ") and 61st anti-aircraft missile brigades stationed in Yurga, Elansky and Biysk, taking the 35th brigade management from near Novosibirsk, moved to the west, in order to settle in two weeks with the equipment at the "Pogonovo" training ground near Voronezh. NATO strategists can only dream of such movements over a thousand kilometers of several tens of thousands of military personnel, along with the military equipment they received, which was confirmed by their latest military exercises. They moved 53 thousand people for more than 3 months, and there were some incidents there (the tanks did not fit into the European ground clearance, the bridges could not withstand the carrying capacity, and the ships collided with civilian tankers, which did not give way to them, as a result of which the British generally did not the exercises were late, arriving when everything was already over).

The Russians have once again proved that they are the strongest ground army in the world, and they have no equal (and this has not yet reached the confrontation in the air, there are not many equal to our VKS and the Americans know this very well from their experience in Syria). I'm not saying anything about the 58th Army, which moved to the Crimean Peninsula from the North Caucasus (the places of permanent deployment are Dagestan, Ingushetia, Kabardino-Balkaria, Ossetia and Chechnya, this is the Southern Military District), and about three airborne divisions transferred there. ... The 7th mountain airborne assault division from Novorossiysk (Southern Military District), the 76th Guards Airborne Assault Division from near Pskov and the 98th Guards Airborne Division from near Ivanov, Yaroslavl and Kostroma (both divisions of the Western Military District). These units ended up on the closest approaches to the Ukrainian border, too, not by magic. The Russians have demonstrated the highest level of escalation and logistics capabilities, with thousands of people moving thousands of kilometers in a limited time without causing a collapse of civilian traffic. The West does not know how to deal with this, they risk coming to the conflict zone to help their allies when there is no one to provide assistance. Yes, to be honest, I don't really want to. There, in the Pentagon, no one is going to die for Ukrainian, Polish, Baltic, Georgian, Romanian, German, Dutch, French (write whoever else you want) interests. These are all fairy tales "about the white bull", the maximum of whom they will still defend is the countries of the British Commonwealth (and that is not a fact).

But what about the Russians? How to fight them when they throw their ships into the conflict zone through inland waters. I'm talking about the unprecedented inter-fleet passage of 15 pennants from the Caspian Sea along the Volga-Don Canal through 13 locks to the Azov Sea, and from there to the Black Sea. Just think about what you are thinking - for the first time in the entire post-Soviet history, a naval group of six Project 11770 Serna landing craft on an air cavity, one of the same Project 21820 Dugong boat, six Project 1204 Bumblebee artillery boats and two ships - escort tankers climbed the Volga, went through all the narrows of the 13 VDK locks and went down the Don into the Sea of ​​Azov, locking it with the help of three small missile ships of the project 21631 "Buyan-M", carrying 8 winged "Caliber-NK" each , which entered Azov from the Black Sea, for the navigation of all military and civil ships during the declared exercises. Ukrainian metallurgists only threw up their hands - but how are we going to ship our products from Mariupol and Berdyanka? No way, guys! We have teachings, we'll have to wait. How many? Ask your president. Ah, he doesn't know either. Well, these are already your problems. About 4 pennants moving from the Baltic in the direction of the Black Sea, consisting of three large landing ships and one attack corvette, I have already said above. They will also close the Black Sea for exercises. Then the haplyk will come to your Black Sea ports - Odessa and Yuzhny.

Then Biden picked up the phone and called Vladimir Vladimirovich. You also know everything about the failed entry into the Black Sea of ​​two American attack destroyers of the "Arlie Burke" class with 96 winged Tomahawks on board. So far, we have to talk to the Americans only in this way - from a position of strength from under a machine gun pointed at them. Sergei Kozhugetovich unambiguously made it clear about the need to keep gunpowder dry and that the Americans cannot be taken for granted, stating that the exercises are over (deadline May 1), the personnel of the 41st, 58th armies, as well as three airborne divisions are assigned to their places of permanent deployment, but all military equipment of the 41st Army remains at the Pogonovo training ground in the Voronezh region until September of this year. The official version is for participation in the next strategic exercises, the unofficial version is until the completion of the construction of the SP-2, and then we'll see (so that Kiev does not have a desire to overshadow its commissioning by another turmoil in the Donbass, bringing us under sanctions).
Ctrl Enter
Noticed oshЫbku Highlight text and press. Ctrl + Enter
We are
What Kiev is seeking and why Putin does not want to communicate with Zelensky
Who actually won the Cold War and what the future holds for the world
Reporterin Yandex News
Read Reporterin Google News
42 comments
Information
Dear reader, to leave comments on the publication, you must sign in.