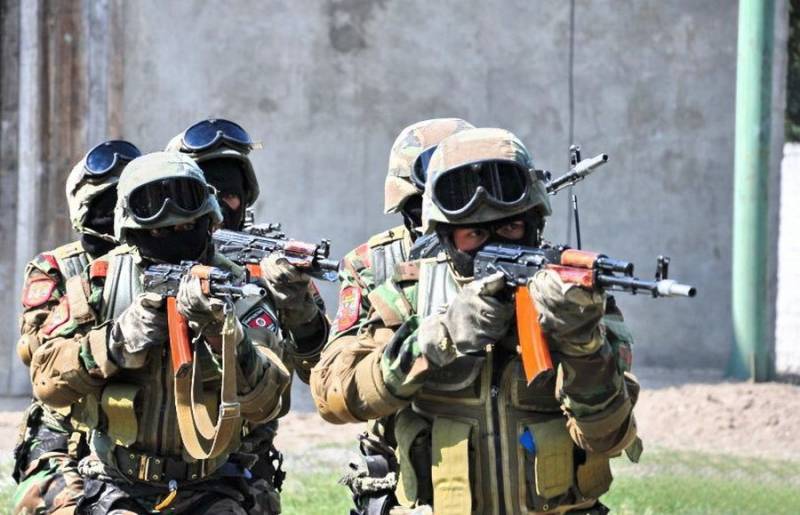 On April 29, 2021, the so-called "one-day war" took place between Tajikistan and Kyrgyzstan. There were no officially winners or losers in it, and the parties began to withdraw their troops from the place of the border conflict. Bishkek and Dushanbe agreed to hold talks on the delimitation and demarcation of their state borders. Does this mean that everyone has come to their senses, the conflict has been settled and a big trouble has been avoided?


Unfortunately, that would be too optimistic and premature to say so. The situation in Central Asia is gradually heating up and becoming more and more explosive. This is influenced by a whole range of factors:

At first, the problem of water scarcity in this traditionally arid region is becoming more and more acute. For example, last year, due to a delay in the melting of mountain glaciers, the rivers and lakes of Central Asia became shallow. The situation was aggravated by the behavior of some neighboring countries located upstream of transboundary rivers. The issue of joint use of water resources has become a formal reason for the conflict between Dushanbe and Bishkek. The director of the water department of Kyrgyzstan explained how the water division should be carried out:

37 percent of the water coming from the Ak-Suu River is used by Kyrgyzstan. It irrigates 11 thousand hectares of land. And 55 percent of the water from the Ak-Suu river is received by Tajikistan - for irrigation of 21 hectares, 300 percent - Uzbekistan for 8 thousand 1 hectares. As you know, the Tortkul reservoir is also replenished from this river.
Secondly, the problem of drought, which was centrally dealt with during the Soviet period, was compounded after the collapse of the USSR. Tajikistan and Kyrgyzstan have about seventy disputed areas on the border, but the most dangerous from the point of view of a potential armed conflict are water intake points. An attempt by one of the parties to install video cameras for control at the "Golovnoy" checkpoint was the spark after which hostilities began. Both Dushanbe and Bishkek claim scarce water resources, citing old maps and documents.

ThirdlyDespite the fact that formally only two countries are involved in the conflict, two informal blocs can be indirectly involved in it at once. Iran and Afghanistan will stand behind Tajikistan, Uzbekistan, Kazakhstan and Turkey will stand behind Kyrgyzstan. (Again this Turkey). This can put Russia in an extremely difficult position, since both former Soviet republics are our allies in the CSTO, Kyrgyzstan is a member of the Eurasian Economic Union, and Moscow just recently signed an agreement with Tajikistan on the creation of a unified air defense system.

Fourthly, the problem is further complicated by the fact that Tajikistan and Kyrgyzstan are transit countries for drug trafficking going from neighboring Afghanistan to Russia and further to Europe. The volumes of heroin supplied through their territories are simply colossal, Afghan "farmers" are the world leaders in the cultivation of opiates on their poppy plantations. The fight against drug trafficking is being actively pursued, but one should be aware that such a scale is simply impossible without organized criminal groups having a so-called “roof” in government and law enforcement structures. As a result, it turns out that the influential international heroin mafia benefits from the presence of a "leaky" state border in all transit countries and categorically does not need the appearance of any Russian military from among the peacekeepers.

FifthlyThere is another risk factor on the Afghan side. Currently, the United States has begun the process of withdrawing its troops from there, after which various PMCs will take their place. But this will not be an obstacle for the Taliban and the terrorist group ISIS, banned in the Russian Federation, to grapple with each other in the clearing that has become vacant. Strengthening the latter may entail the further export of radical Islamism to Central Asia, about which we in detail told earlier.

Thus, there is a very complex tangle of geopolitical problems that simply cannot be cut at one stroke. The desire to resolve the issue of delimitation and demarcation in a peaceful way is very good, but Tajikistan and Kyrgyzstan see it differently. If Moscow takes sides, it will automatically offend the other, its CSTO ally. Other regional players, neighboring Uzbekistan or ambitious Turkey with its Party-Turkist project will undoubtedly try to take advantage of this. Dushanbe and Bishkek will not agree to the deployment of Russian peacekeepers either, at least until the detachments of radical Islamists under black banners rush to them from Afghanistan. What is left?

It is obvious that it is necessary to try to solve the root of the problem, which is the lack of water resources. This can be done through mass adoption. of technologies collection and storage of rainwater in both urban and mountainous conditions. It is worth trying more actively to grow modern drought-resistant agricultural crops in the Central Asian region. It is necessary by diplomatic methods to resolve the issue of the amount of permissible water withdrawal between all countries through which transboundary rivers pass. You should also strive for the final delimitation and demarcation of state borders between the former Soviet republics through peaceful negotiations, up to the exchange of some territories.
Ctrl Enter
Noticed oshЫbku Highlight text and press. Ctrl + Enter
We are
Who actually won the Cold War and what the future holds for the world
Ten "defeats" of Putin
Reporterin Yandex News
Read Reporterin Google News
26 comments
Information
Dear reader, to leave comments on the publication, you must sign in.