Will the Kremlin trade Nord Stream 2 for the Trans-Caspian gas pipeline? 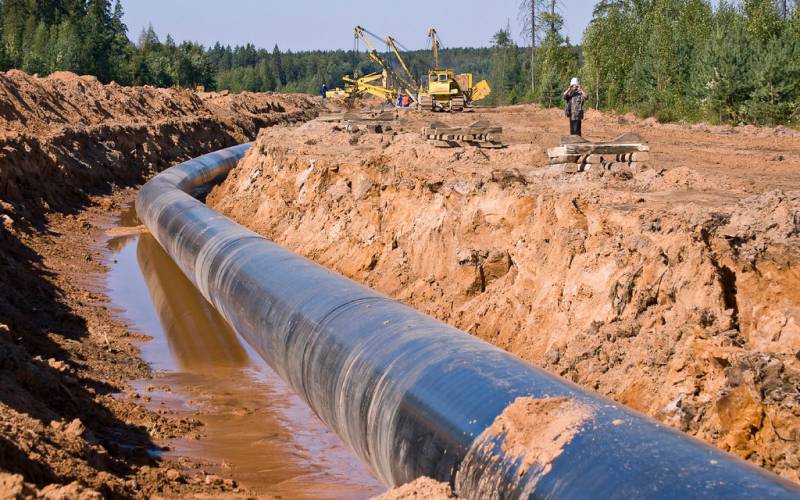 Three years ago, after 22 years of difficult negotiations, the Convention on the Legal Status of the Caspian Sea was finally signed. The resources of its hydrocarbon-rich shelf have been divided among five competing Caspian states, one of which is Russia. It would seem that all legal and territorial problems have been successfully resolved, and we can confidently move forward in our steady development. However, there are more and more fears that in August 2018, the security in the Caspian Sea was laid, as it is now fashionable to say, an "atomic bomb".


During the Soviet period, the legal status of this unique inland water body, which does not have a direct outlet to the World Ocean, was regulated by bilateral agreements between Moscow and Tehran. Problems arose after the collapse of the USSR, when instead of two players there were suddenly five of them: Russia, Iran, Azerbaijan, Kazakhstan and Turkmenistan. The situation became more complicated after companies from the United States, Great Britain, France and the Netherlands began to develop Kazakhstani oil fields, and the Pentagon clearly set its eyes on getting a naval base on the Caspian coast, from where it could increase pressure on Iran. The unresolved territorial issue was further aggravated by the EU's desire to build a Trans-Caspian gas pipeline through which it could gain access to rich deposits of "blue fuel" in Turkmenistan. Well, in the past few years, the pan-Turkic ambitions of Turkey, which intends to create a kind of supranational association, a "logistic superpower", have begun to pose a big problem for Russia, uniting the former Soviet Central Asian republics under its auspices. After the military defeat of Yerevan in Nagorno-Karabakh, Ankara achieved the opening of a land transport corridor through the Armenian territory to the union Azerbaijan, which has a direct access to the Caspian Sea.

Such a complex geopolitical tangle has now curled up around the water area of ​​this inland sea, rich in natural resources and of major strategic importance for the transit of hydrocarbons and cargo flows from Asia to Europe. The Kremlin tried to chop it down in 2018, but the intermediate results were not entirely unambiguous. Something worked out, but something only got worse. Let's take a look at all the main pros and cons of adopting the Convention.

On the one handRussia has secured the closure of the Caspian Sea to foreign warships, which can be considered an important achievement. Flotillas will be able to sail in its waters only under the flags of the five Caspian countries. Therefore, the US Navy has nothing to do there. True, it is not entirely clear what will happen if suddenly Azerbaijan decides in the future to become a NATO member after Turkey or a partner of the North Atlantic Alliance. Experts also note very vague formulations regarding the ban on the provision of their territory by the Caspian countries to foreign military bases. It is indicated that they should not be aimed at military aggression or other actions against the rest of the member states of the Convention. According to formal logic, there is no ban on the creation of military bases in the Caspian against non-Caspian countries. Do you remember how the United States, back in the days of our "friendship" with them, promoted the idea of ​​deploying its missile defense system in Europe, arguing that it was necessary to contain Iran, but in the end it turned out that this was done against Russia?

On the other hand, the signing of the Convention in 2018 gave a new impetus to the implementation of the Trans-Caspian gas pipeline project. It is assumed that a 300-kilometer-long pipeline connecting the city of Turkmenbashi with Baku, through which Turkmenistan could export to Europe up to 32 billion cubic meters of gas a year, should pass along the seabed. All the necessary gas transportation infrastructure in Azerbaijan and Turkey has already been built within the framework of the Southern Corridor. The main stumbling block was the positions of Russia and Iran. For obvious reasons, Moscow was against Turkmenistan's entry into the southern European market; Gazprom itself buys Central Asian gas. Iran also has its own ambitions to become a supplier of "blue fuel" to the EU. It is impossible to realize the Trans-Caspian gas pipeline without their consent. Or rather, it was impossible. Article 14 of the said Convention contains two parts, which the Caspian countries interpret differently.

The parties may lay underwater trunk pipelines along the bottom of the Caspian Sea, provided that their projects comply with environmental requirements and standards enshrined in international treaties to which they are parties, including the Framework Convention for the Protection of the Marine Environment of the Caspian Sea and the corresponding protocols thereto.
And part 3 of article 14:

Determination of the route for laying underwater cables and pipelines is carried out by agreement with the Party, through the sector of the bottom of which the underwater cable or pipeline is to be laid.
It follows from the test of this international agreement that now the main gas pipelines can be laid along the bottom of the Caspian Sea. At the same time, in Azerbaijan and Turkmenistan they especially emphasize part 3, which directly states that it is enough to agree with only one side, and not all five. In other words, a bilateral agreement will be enough for Baku and Ashgabat to start construction. However, Russian lawyers point to a clause from Part 2, which says about the need for projects to comply with environmental standards enshrined in international treaties, in particular, the 2003 Tehran Framework Convention and its protocols. Within the framework of the Protocol on Environmental Impact Assessment, each of the five Caspian countries has the right to participate in a mandatory environmental impact assessment.

It is believed that in this way the Kremlin again outplayed everyone. But is it worth it to be so categorical? International law and law is not something immutable at all, normative acts can be transformed due to changes in the legal relations that they regulate. (Do you remember how the Constitution was taken and rewritten in Russia last year?) For example, if a change in the ecological situation in the Caspian is recorded, Azerbaijan and Turkmenistan may raise the question of making additions to the "Tehran" Convention and its protocols, or even withdrawing from it as it is no longer relevant. Note that the topic of the ecology of the Caspian Sea is now one of the most hype among a wide range of stakeholders. Alternatively, the European partners can offer the Kremlin to "wave" by allowing the launch of Nord Stream 2 in exchange for the fact that Russia will not create environmental obstacles to the Trans-Caspian gas pipeline.

Much has become possible since the signing of that Convention in 2018. At the same time, the idea of ​​teasing Azerbaijan and Turkmenistan with the possibility of building a gas pipeline does not seem reasonable.
Reporterin Yandex News
Reporterin Yandex Zen
16 comments
Information
Dear reader, to leave comments on the publication, you must sign in.