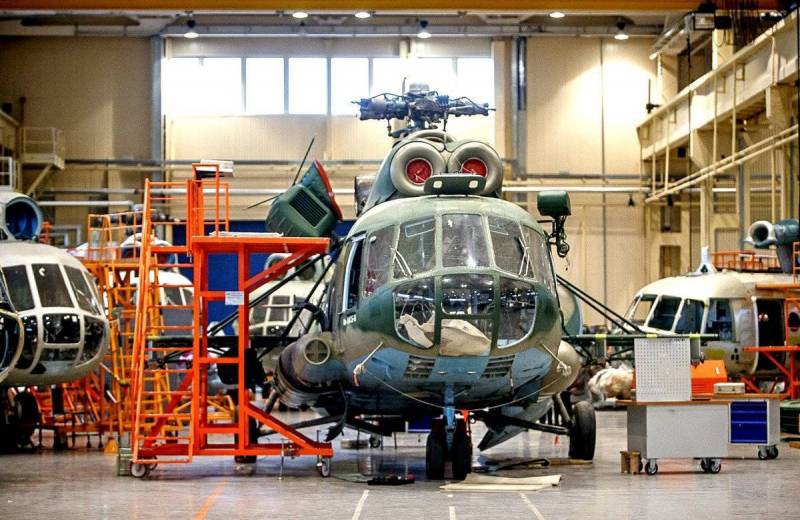 So the real winner of the American-Chinese confrontation for the possession of Motor Sich was determined. While Beijing was trying to gain control over the famous Ukrainian aircraft building enterprise, Washington, with its Kiev puppets, put obstacles in its way. And it is not Russia that will benefit from this principled battle, but Turkey, our great “friend and partner,” which crosses the Kremlin's path over and over again.


Motor Sich, located in Zaporozhye, develops and manufactures helicopter and aircraft engines, as well as industrial gas turbine units. Created under the USSR, this enterprise was the real pride of a superpower and was one of the three largest aircraft engine manufacturers in the world. The power plant is the most difficult part of the aircraft, the development and manufacture of which is an extremely non-trivial task available to a very narrow circle of countries. For Russia, the severance of industrial ties with Ukraine in 2014 became a huge problem, as many programs for the production of helicopters and aircraft were in question without engines.

For China, which is rushing into a closed privileged club of high-tech powers that have a full cycle of creating any aircraft, up to a wide-body aircraft, the loss of the Independent Russian market has become a window of opportunity. Investors from the Middle Kingdom tried to buy a controlling stake in Motor Sich, but then the Americans crossed their path, wishing to slow down the rapid development of a direct competitor. Under US pressure, at the request of the SBU, the Ukrainian court first arrested the shares of the enterprise, after which it was completely nationalized, and President Volodymyr Zelenskyy imposed sanctions on Chinese investors. This is the "history of cooperation" between the PRC and the young Ukrainian democracy.

Now Turkey wants to enter the same river, but its chances of success are clearly higher, and here's why. According to the head of Turkish Aerospace Industries (TAI) Temel Kotil, Ukraine will supply it with a two-chamber turboshaft engine with a capacity of 2,5 thousand horsepower. The power plant will be used in the projected ATAK II attack helicopter. The direct name "Motor Sich" was not announced, but the only aircraft engine that meets these requirements, TV3-117VMA, is produced only at this Ukrainian enterprise. And who would have thought a few years ago that Ankara would bypass Beijing?

However, if you wanted to, you could have guessed about something like that. Today Turkey is openly trying to take a new place in the sun, more worthy of the heirs of the Ottoman Empire. Much has already been said about its pan-Turkic project, but Ankara is reinforcing its imperial ambitions with the development of its military-industrial complex. So, the Turks are trying to perfect their national tank "Altai", they are striving to achieve maximum localization in the production of modern submarines under a German license, they are preparing to build their second aircraft carrier, and are developing their own fifth-generation fighter. Attack UAVs "Bayraktar" of Turkish production thundered in every sense of the word in several armed conflicts at once. Ankara also intends to create its own attack helicopter that could compete with the American Apache and our Night Hunter.

As a matter of fact, the problems with the last two projects forced the "Sultan" to turn to Ukraine. Motor Sich is capable of producing power plants for both Turkish UAVs and helicopters. What is ATTACK II?

First, a few words must be said about its predecessor, the T129 ATAK light helicopter. The Turkish Defense Ministry planned to update its air force as part of the ATAK (Attack and Tactical Reconnaissance Helicopters - fire support helicopter) program. The tender for participation was won by the Italian company AgustaWestland with its A 129 Mangusta rotorcraft. The helicopter came out quite successful, thanks to the modernization and the use of modern avionics produced in Turkey. It is successfully operated both in the country and is exported. However, it definitely did not work as a shock, it is a multipurpose light reconnaissance vehicle designed for operation in hot climates. Ill-wishers call the T129 ATTACK a "disposable helicopter" because its developers made one but fatal mistake. Chasing trendy stealthtechnology and composite materials, they made it insufficiently protected and armored, which will end badly for the crew after the first hit.

According to the developer company, it took into account the experience of the Turkish army in Syria. The new heavy-class attack helicopter will have a take-off weight of 10 tons and over 1,2 tons of payload. The rotorcraft will be armed with a 30-mm cannon and missile systems, tested on a lighter predecessor. Increased attention is paid to the booking and protection of the crew. ATAK 2 should fly in 2024-2025 on Ukrainian engines. The likelihood that Ankara will knock out all the technologies it needs from Kiev is very high. Apparently, in order not to depend on the whims of the Ukrainian authorities, Turkey will demand the localization of the production of power plants at home.
Reporterin Yandex News
Reporterin Yandex Zen
10 comments
Information
Dear reader, to leave comments on the publication, you must sign in.