US provokes war in Central Asia 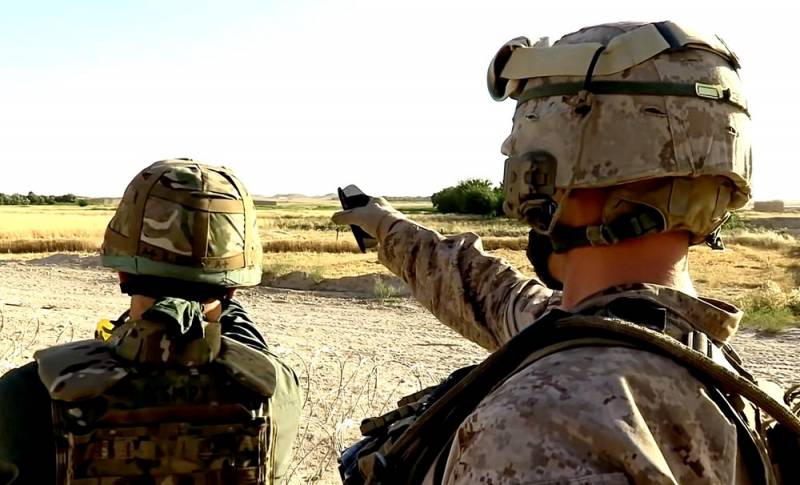 Until now, the main direction of the military threat to Russia has been the western direction. However, in the very near future, we can also blaze from the south, if militants of one well-known terrorist group will pour into the regions of Central and Central Asia from Afghanistan. How did it happen that the “distant approaches” risk becoming close ones?


A terrorist group banned in the Russian Federation means the Islamic State, or ISIS. But how did it happen that his militants could pose an immediate threat to our country and its allies in the CSTO, and to whom should we be "grateful" for this?

It has long been no secret that the emergence of this terrorist group was largely due to the actions of the United States in Iraq in 2003. Subsequently, President Barack Obama delicately admitted this, calling it "mistakes that have contributed to the growth and strengthening of ISIS." This terrible organization was able to seize significant territories in Iraq and Syria, creating two of its capitals in Mosul and Raqqa, from where they had to be knocked out and scattered literally by the whole world. However, the ideas of radical Islamism proved to be highly contagious, and in 2015 ISIS announced the creation of a new province called Vilayat Khorasan in Pakistan and Afghanistan. Here we will talk about her further.

While the Islamic State was on the rise in the Middle East, Vilayat Khorasan actively recruited new fighters from among Taliban defectors. These two organizations are bitter enemies, and soon a new squabble over the redistribution of Afghanistan may begin between them. In 2015, the terrorists from ISIS contributed to great success, but in 2016 they were closely tackled by the Taliban, the Afghan Security Forces and the American army, frightened by the powerful expansion of the Islamists. It got to the point that the US Air Force dropped the world's most powerful non-nuclear bomb GBU43 / B MOAB on terrorist positions. Today, the position of ISIS has weakened somewhat, but the group itself has not gone anywhere. And soon she might get a chance for revenge.

The fact is that at present the American army has begun to actively "skedaddle" from Afghanistan, where it has been located since 2001, and in their absence a vacuum is formed in which the remaining armed groups will clash with each other. The decision to withdraw the US Armed Forces was made under Donald Trump, an agreement was reached with the Taliban leadership. In Washington, he is motivated by the fact that over the past decades, official Kabul has not been able to build a strong effective government in the country. Problems arose when the new administration of President Joe Biden began to subtract and shift to the right the timing of the withdrawal. By the way, in the United States, many consider this decision to withdraw troops as a mistake. The Taliban reacted rather sharply to the violation of the agreements, and Washington was forced to proceed with the emergency evacuation of its civil servants, as well as transfer the MLRS HIMARS to Afghanistan from Kuwait.

But why do Americans need long-range multiple launch rocket systems? These MLRS are designed to defeat large military formations. The commander of the US and NATO contingent in Afghanistan, General Scott Miller, explained that HIMARS are needed to cover the withdrawal. Apparently, the Pentagon quite rightly fears that immediately after the withdrawal of troops, an active redistribution of the country will begin. It is even possible that they will have to evacuate with local armed groups behind their backs. And what will happen next?

It is highly likely that the official Kabul will fall before the Taliban, and then clash with the "Islamic State". The latter, having seen a window of opportunity, will again begin to actively recruit militants for a new expansion. If you look at the ethnic composition of the members of this group banned in the Russian Federation, who are now in Afghan prisons, then they are immigrants from Uzbekistan, Tajikistan, Kyrgyzstan, Turkey, Russia, Iran, Jordan, Indonesia and Algeria. As you can see, immigrants from Central and Central Asia, as well as from our country, prevail among them. What happens if they can gain a foothold in Afghanistan after the withdrawal of the Americans and their NATO allies? Most likely, they will continue their expansion further, to Tajikistan and Uzbekistan, and this is already the Russian border area. "Distant approaches" suddenly became so close.

This is not to say that no one sees this threat, which is absolutely real. Russian Defense Minister Sergei Shoigu just the day before visited Tajikistan, where he agreed to create a joint unified air defense system of our two countries. Lieutenant General Aytech Bizhev, who dealt with CIS air defense, commented on this event as follows:

The presence of a remote radar field, created by the means of the radio-technical forces of the participating states, will provide for Russia and its air defense a kind of pre-field of an information and reconnaissance defense system, as well as the possibility of organizing an advanced fighter aviation echelon outside Russia.
Note that in Syria and Iraq, ISIS militants effectively used unmanned strike aircraft, so a deployed air defense system will be very useful. According to experts, the efficiency of the combined system will increase by 25-30%. But, alas, you cannot get rid of ISIS with air defense alone. Against the background of the confrontation in the western direction, few people paid attention to the fact that a week ago, units of the 201st Russian military base stationed in Tajikistan were conducting joint tactical exercises. The threat emanating from the territory of neighboring Afghanistan is so real that the head of the Russian military department, Sergei Shoigu, was gladly received in Uzbekistan, despite the fact that this country is not even a member of the CSTO.
Reporterin Yandex News
Reporterin Yandex Zen
7 comments
Information
Dear reader, to leave comments on the publication, you must sign in.