US intends to deprive the Czech Republic of energy independence 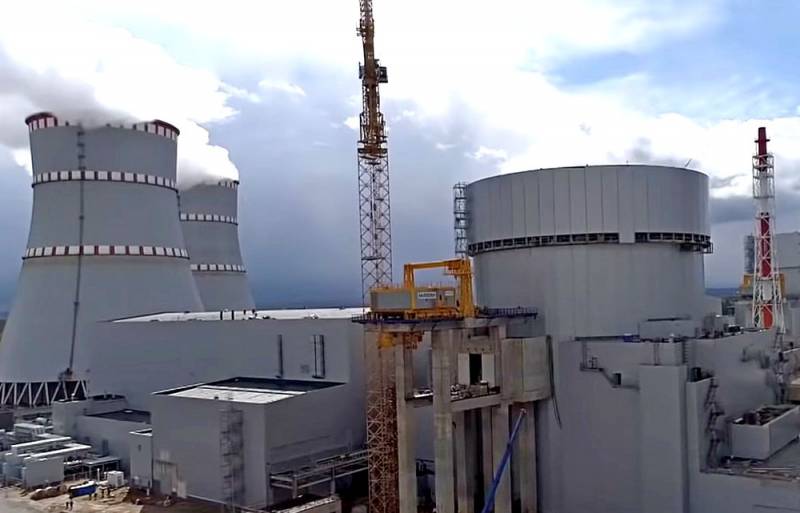 The unexpectedly harsh anti-Russian escapade of the Czech Republic can cost Prague dearly. Until recently, this Eastern European country was considered, if not friendly, then at least neutral towards us, and its President Milos Zeman has always demonstrated an extraordinary adequacy for the leader of a NATO member state. Now the Czech leader faces charges of high treason because of his balanced position on "the next adventures of the GRU agents Petrov and Boshirov." The irony is that President Zeman is by no means an "agent of the Kremlin" but a real pro-Czech politician.


The fact is that Prague is still quite dependent on Moscow economically, and the severing of these ties with Russia will hit the Czech Republic first of all. The scandal around "Petrov and Boshirov", frankly sucked out of the thumb, is unprofitable for our countries, but interesting for the competitors of Russia and the entire European Union as a whole. I mean, of course, the United States of America, and here's why.

First, the Czech Republic is one of the consumers of Russian gas. Deliveries began back in the Soviet period in 1967 to friendly Czechoslovakia. Gazprom signed a long-term contract valid until 2035. Deliveries are made via the Yamal - Europe and Nord Stream / OPAL gas pipelines. In 2019, the Republic consumed 8,11 billion cubic meters. "Blue fuel" from Russia is primarily used for the needs of a highly developed Czech industry.

Second, Prague continues to depend on the supply of Russian nuclear fuel for its two nuclear power plants. Recall that both of its nuclear power plants were built according to Soviet designs. From the very moment of its launch, Rosatom has been supplying TVEL for the Temelin and Dukovany NPPs, but the American-Japanese company Westinghouse actively tried to seize this contract from it. However, the experiment with replacing Russian fuel assemblies with American ones turned out to be unsuccessful, their depressurization was noted, and Prague prudently chose not to experiment further with its nuclear safety. Apparently, for the United States, this was the last straw in the cup of patience. Forbes commented on the situation as follows:

Westinghouse is more than just a prominent American energy brand. This is the real "battering ram" that Washington uses.
After the Czech Republic crossed the invisible "red lines", it began to have problems with both of its nuclear power plants. The first “victim” was the Temelin NPP, which consists of two power units with 1000 GW VVER-1 reactors each. It is the country's largest electricity producer, launched in 2002. The construction of the third and fourth power units was frozen in the early nineties due to the need to switch to Western European standards. In 2005, the question arose about the resumption of the project, and after lengthy approvals, it was decided to start construction in 2013 in order to commission two new power units by 2020. However, the country's authorities in 2010 announced the postponement of the tender for an indefinite period. As you can see, 11 years later things are still there. It must be assumed that the project freeze worked, first of all, against Rosatom, which had a good chance of winning the construction tender.

The same fate is likely to befall the second Czech nuclear power plant, Dukovany. The list of applicants this time expanded: they were not only the Russian state corporation and the American-Japanese company Westinghouse, but also French, South Korean and Chinese contractors. The company from the PRC was pushed aside by Prague from participation in its project, first of all, motivating it with its insufficient experience. This number would not work with Rosatom, since the corporation has full technological cycle from the extraction of raw materials and design of nuclear power plants to disposal of spent nuclear fuel. And then in time there was a "explosion from the past" at the ammunition depot in Vrbetica, in which the Czech police unsubstantiatedly accused "the GRU agents Petrov and Boshirov". The result is logical: Rosatom will be barred from participating in the tender.

As you can see, "battering ram" works very effectively, not disdaining any means. Of course, this is not only a matter of the commercial interests of one private Westinghouse company, but of the entire policy USA in the European direction. What will Washington achieve by finally quarreling Moscow and Prague? Rosatom will not receive a multi-billion dollar contract for the completion of the Dukovany nuclear power plant, and the Czech Republic will be forced to agree to an offer from an American company. It is fashionable in the West to say that dependence on Russia is bad, but who said that dependence on the United States is good? The United States will simply put the Czechs on the "energy hook" for the next 100 years and will dictate their own terms to them.
The same is happening now, for example, in Poland, where, for purely political reasons, it is planned to curtail the consumption of Russian gas, and the process of switching to American LNG is under way. The more expensive electricity is, the lower will be the competitiveness of European production in comparison with the American one.

It is worth mentioning that the Czech Republic and Poland have become major trade and technological partners of Germany in recent decades, supplying industrial and agricultural products to Germany. Wolfgang Büchele, Chairman of the Eastern Committee, commented on this situation as follows:

15 years after the EU enlargement to the east, our eastern neighbors are deeply integrated into the value chains operating in Germany. the economy... Chances are high that this unique success story will continue to our mutual benefit.
Not the fact that this success story will be allowed to continue further. The scandal with "Petrov and Boshirov", blown up from scratch, simultaneously hits the economies of the Czech Republic, Russia, as well as Germany, the main competitor of the United States in the European Union.
Ctrl Enter
Noticed oshЫbku Highlight text and press. Ctrl + Enter
We are
Peace enforcement operation. Russia inflicts a preemptive strike on Kiev
The “ninth ramp” approaching Russia will not kill her, but will make her stronger
Reporterin Yandex News
Read Reporterin Google News
20 comments
Information
Dear reader, to leave comments on the publication, you must sign in.