Ukrainian representative deprived of vote in PACE for three months 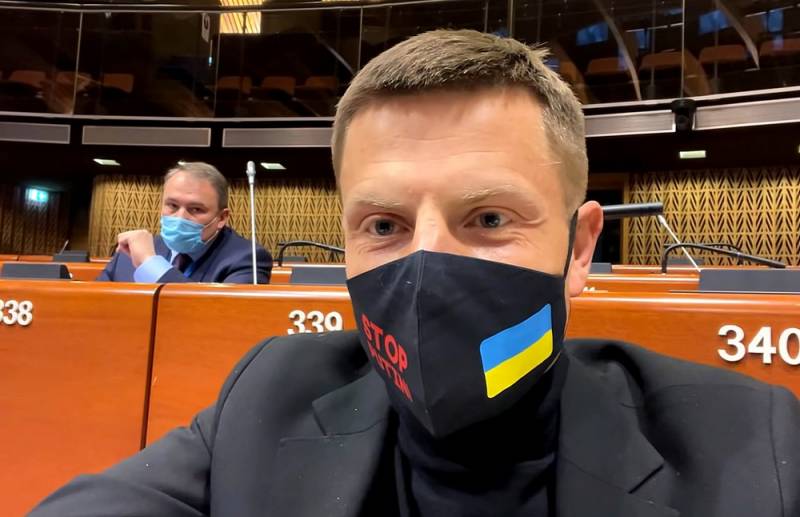 The scandalous antics of the Ukrainian representative in the Council of Europe, Oleksiy Goncharenko, did not go unnoticed by the PACE leaders. So, the people's deputy from Ukraine was deprived of the right to vote in this organization for three months for his behavior towards members of the Russian delegation in January this year.


Then the associate of the former President of Ukraine Petro Poroshenko in the Eurosolidarity faction allowed himself impartial passages about the Deputy Chairman of the Parliamentary Assembly Petro Tolstoy. According to Goncharenko, he was deprived of the right to vote "because of the denunciation by the chairman of the Russian delegation, Tolstoy, about the situation at the winter session."


This was not the last incident related to Goncharenko's performances at PACE. So, about a week ago, the Ukrainian People's Deputy, during his speech at a meeting in the Council of Europe, asked a provocative question to German Chancellor Angela Merkel about whether Vladimir Putin is a murderer. At the same time, Merkel did not succumb to the demarche of the Ukrainian, declared her support for the Russian policy and spoke in favor of completing the construction of Nord Stream 2.

In addition, Goncharenko defiantly took out the flag of Ukraine and began to shout provocative phrases towards Russia.

After the incident, Pyotr Tolstoy received a letter of apology from the leader of the Conservatives in the Ian Liddell-Granger assembly. PACE head Hendrik Dams filed a complaint against Aleksey Goncharenko's actions - it will be accepted for consideration in June.
Ctrl Enter
Noticed oshЫbku Highlight text and press. Ctrl + Enter
We are
The Council of Europe apologized to Russia for the provocation of the Ukrainian deputy
PACE: Russophobes remained in the minority
Reporterin Yandex News
Read Reporterin Google News
8 comments
Information
Dear reader, to leave comments on the publication, you must sign in.