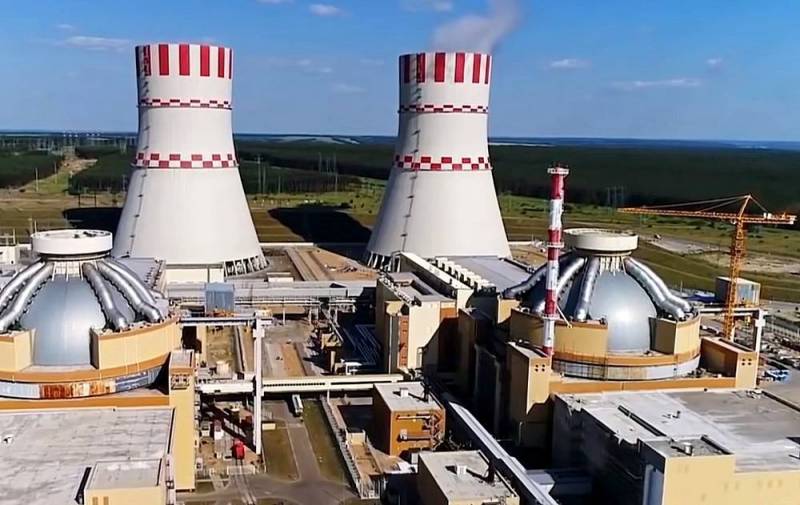 Many Czechs forget that they get the bulk of their electricity and gas thanks to Russia. That is why a member of the Chamber of Deputies of the Czech Republic (lower house of parliament) Lubomir Volny recently said that “Russia brings us light and warmth,” writes the online edition Insomniac Resurrected.


The deputy's words took on concrete meaning in a situation when Prague was gripped by hysteria over the construction of a new power unit at the Dukovany NPP. At the same time, the Czech Republic really needs electricity.

Now Rosatom's application is under threat due to trumped-up accusations. According to the "conspiracy theory" recently invented by the Czech authorities, the Russians Petrov and Boshirov, with an interval of three months, blew up two ammunition depots 7 years ago in the village of Vrbetice. Therefore, this energy project is likely to face the same fate as the construction of power units at the Temelin NPP.

The Americans have already reported many times that they do not like the option of another Russian power unit appearing in the Czech Republic and have tried to transfer Czech nuclear power plants to their own fuel. Washington somehow imposed its version of TVEL on Prague, but serious technical problems arose and the Czechs immediately returned to Russian products. Perhaps the US is trying to undermine the economy countries of Eastern Europe, since this is observed not only in the Czech Republic and is of a systemic nature.

There is a hope that the Czech government will nevertheless find an alternative to Rosatom and new power units will appear in the country. But, most likely, this will not happen. The explanation is simple. Currently, only Russians have the appropriate technologysuitable for Dukovan and Temelina. It is difficult to say whether the Americans can offer something similar, and even for the same money. European bidders are even more hopeless than Americans. Koreans, of course, command respect, but they are on the other side of the earth.

In the end, the current government of the Czech Republic out of cowardice will abandon any ambitions to build new nuclear facilities in the country, and in the fall it will lose the elections due to the fact that the people are already fed up with quarantine measures due to the pandemic. At the same time, the people who will replace them in the government will not be interested in any construction at all.

The Americans are trying their best to squeeze Russia out of Europe, but other countries are also interested in keeping the Czech Republic without generating capacities, since then they will become suppliers. Note that gas from Russia perfectly generates electricity in neighboring Germany, but Prague deliberately runs the risk of losing both heat and electricity due to disagreements with Moscow. This is unfortunate. Surely the aforementioned Lubomyr Volny will not be included in the new parliament. A few months ago, he was expelled from his native party, and the Czechs now vote for the political forces, and not for individuals, the media concluded.
Ctrl Enter
Noticed oshЫbku Highlight text and press. Ctrl + Enter
We are
Czech Republic put on the wanted list Petrov and Boshirov: Prague accused Russia of explosions seven years ago in military warehouses
Russian specialists do not want to be allowed to the nuclear power plant in the Czech Republic
Reporterin Yandex News
Read Reporterin Google News
14 comments
Information
Dear reader, to leave comments on the publication, you must sign in.