Nikkei: China may attack Taiwan and Japan at the same time 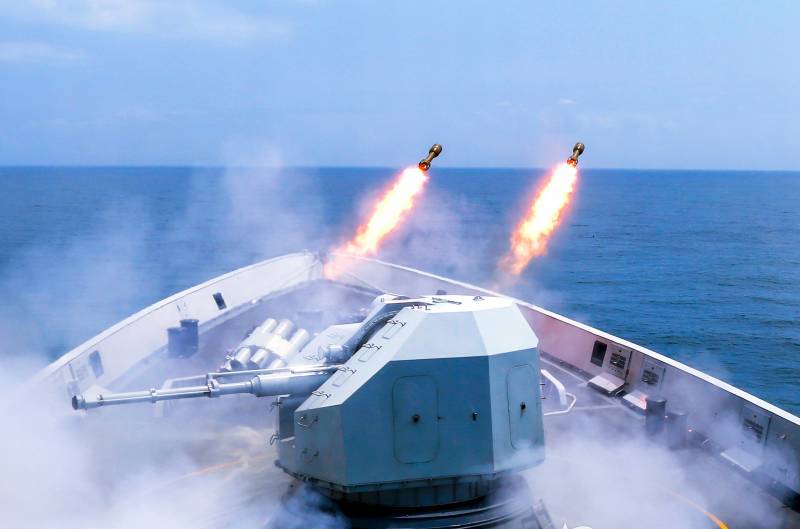 China can attack Japan at the same time as it invades Taiwan. This idea is reflected in a new article by the authoritative Nikkei Asia website.


The text argues that the United States has recently exerted significant pressure on Japan to enact a counterpart to the US Taiwan Relations Act, which would allow weapons to be transferred to the island despite the absence of direct diplomatic relations.

When the Japanese side declared their unwillingness to pass any laws concerning Taiwan, reports began to appear in the American media that Tokyo, therefore, did not want to destroy its relations with Beijing.

Before Prime Minister Yoshihide Sugi and his team, the need arose to refute such speculation. So, at a recent meeting in the Oval Office, he himself raised the issue of China before the administration of President Joe Biden, mentioning the actions of the PRC coast guard near the Senkaku Islands. Yoshihide Suga said his country "needs to strengthen its military capabilities."

The Japanese-ruled Senkaku Island chain, also claimed by China as the "Diaoyu", is located just 170 kilometers from Taiwan.

Although the United States has repeatedly reiterated that its security treaty obligations extend to Senkaku, Japan fears that China may try to take over the islands during the invasion of Taiwan.
- noted in the text.

Earlier, other regional media reported that Japan does not plan to directly participate in a possible military conflict between China and Taiwan, even if the United States directly intervenes for the latter. However, opinions were also expressed that the absence of direct involvement in the conflict would not prevent Tokyo from providing Taipei with a wide variety of assistance in the event of an escalation - such a practice is not something new.

The 1960 Tokyo-Washington Security Treaty provides for joint defense action in only two cases. The first is aggression against Japan itself, the second is an attack on American forces on Japanese soil. The Ryukyu Islands (together with Okinawa), which at that time were under American occupation, did not fall under the treaty at that time. However, before the return of the aforementioned territories to Japanese sovereignty, which happened in 1972, both sides agreed that in case of military aggression by a third power against the archipelago, they would act together to defend it.

In March 2021, some media reported that a similar scheme could be used for Taiwan, but this was later refuted.
Ctrl Enter
Noticed oshЫbku Highlight text and press. Ctrl + Enter
We are
Possible war with China called a disaster for the United States
China threatened to solve Taiwan’s military problem
Reporterin Yandex News
Read Reporterin Google News
3 comments
Information
Dear reader, to leave comments on the publication, you must sign in.