Why did the head of MI6 talk about "weak Russia" 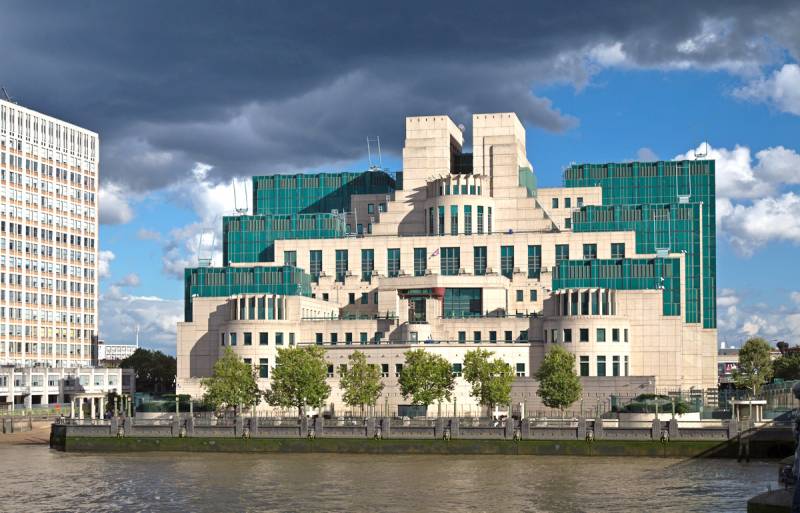 The interview given by the recently appointed head of the British foreign intelligence service MI6 Richard Moore to the English newspaper The Sunday Times could well be attributed to the ordinary Russophobic attacks of London officials, which have long become as familiar as the rain that is always drizzling in this city. "Englishwoman ..." The continuation of the phrase is well known to everyone.


However, a few rather characteristic details make it necessary to devote some time to a more or less detailed analysis of this speech, the true meaning of which becomes much clearer in the context of some recent events.

James Bond is not the same ...

Generally speaking, if this is how, right off the bat, try to give a monosyllabic definition of the communication with the journalists of the main “knight of the cloak and dagger” of Foggy Albion, then it will be very difficult to avoid what is downright obvious: “spreading”. Yes, yes - like the well-known cranberry. No, no one will even try to argue with the fact that the ability to lie, how to breathe in all ages and times has been, remains and will remain one of the most important qualities for any intelligence officer. However, to juggle the meaning and essence of things so impudently, as Moore does, is too much. Not only does it look not like a gentleman, it also puts him in a very bad light. The winged idiom "wit on the stairs", meaning an attempt to insist on one's own, when the dispute has long been hopelessly lost, actually belongs to the French, but is well known throughout the West. This is exactly the "ladder wit" the head of MI6 is showing.

A good half of his interview is devoted to attempts to create a firm conviction among the readers of the publication that Russian troops were withdrawn from the borders of Ukraine solely because Moscow and Vladimir Putin personally "received" some "tough signals" from London and Washington. At the same time, he immediately confesses that he “cannot pick up the phone” to contact the Kremlin, however, in the best style of spy fighters in paperbacks, he hints that he has some “open channels” and the ability to “convey the necessary information to the representatives of Russia ”. A little opening the veil of secrecy, Moore clarifies: "We are sitting next to them in the UN Security Council, as permanent members!" I wonder how the communication takes place - the British scribble notes to our diplomats like seventh-graders in love, wink with them, whisper in their ear or express themselves on their fingers?

All this, however, does not matter. For the simple reason that it is perfectly clear to the whole world that Russia has abandoned further “forceful” steps in the recent crisis that has unfolded between it and Kiev solely because it has decided so itself. Well, and insofar as “backed down,” and sharply at that, Ukraine, which clearly demonstrated that there is no talk of any attack on Donbass at the moment. Tellingly, the same Americans were smart enough not to try to ascribe this victory to themselves - after the embarrassment with Biden's call and the destroyers. The British, on the other hand, are trying to "puff their cheeks" and convince the "world community" that it was they who defended the "non-profit" from "Putin's recklessness." These words are, again, a quote from Moore's interview. Generally speaking, being rude to the president, albeit someone else's, is also somehow not at all gentlemanly, but he, apparently, can. At the same time, the statements of the MI6 chief about "the involvement of Russian military intelligence in the explosions of military warehouses in the Czech Republic" and the next mention of the "attempt in Salisbury" sound more than organic in Moore's interview.

It is clear that he already knows for sure how everything really happened, but he will not contradict the official version, to which the entire “collective West” “signed” ?! However, why this truly "branchy cranberry" that Russia is an "objectively weakening country", and "both economically and demographically"? It's nice that you, Mr. Moore, listened attentively to Vladimir Vladimirovich's message to the Federal Assembly, but why should you be so frankly misinterpreting ?! And one more thing ... If we are getting so weak, then why are you so afraid of us? Moore devoted a very significant part of his interview to a declaration of love for the main movie character of MI6 - James Bond. For all the ambiguity of this character, it should be noted that neither attributing to himself other people's feats and merits, nor attempts to petty criticize opponents were inherent in him. Yeah ... Britain is not the same now, and the James Bond is clearly not the same.

Be that as it may, but all the points mentioned above are, so to speak, lyrics. The head of MI6, stepping out of the shadows into the light, tries to be a politician, but he only succeeds in once again confirming the image of London as the main citadel of Russophobia. If we talk about him as the chief of one of the really most serious special services in the Western world, then we really need to talk about business. And there is something to talk about ... The fact is that it is Richard Moore, apparently, for some time now has been the unofficial "curator" of Kiev, speaking on behalf of not only Britain, but the entire "collective West". Recall that during his visit to London in April 2021, President of Ukraine Volodymyr Zelensky personally appeared before the bright eyes of this gentleman.

In fact, this should be considered an unheard-of violation of protocol and etiquette, as well as an insult to the head of a foreign state, who, for no reason, should stand at attention in front of anyone's main spy. But this is Ukraine, this is Zelensky ... Arrived on call, how cute and diligently listened to all the "valuable instructions." A year ago, information was leaked to the media that one of the things that the head of MI6 demanded from the comedian president was "the cleansing of the Ukrainian politicians from the pro-Russian forces." It was after this that the sanctions against the “wrong” MPs and companies began, the closure of “seditious” TV channels and publications, as well as other “sharp movements” in the same direction, which, as is characteristic, the West obsessed with “freedom of speech” somehow did not notice and did not criticize. And why be indignant if in this case the clever native is only diligently fulfilling the will of the "white Sahib"? This is the way it should be.

Britain is determined to continue to turn Ukraine into its outpost of not only political, but also military confrontation with our country. Let's not forget - this year the first of four missile boats for the Ukrainian naval forces should be laid at British shipyards. London is allocating "non-leveraged" for these purposes a billion and a quarter pounds sterling - on credit, naturally, for a ten-year period. The money will return to the UK anyway the economy, however, Kiev will get something more weighty than the ancient patrol boats, which are shaved off by the Americans, who do not want to bother with their disposal. Moreover, there is every reason to fear that in addition to these ships we will also receive a British military base on the Black Sea. Officially, of course, such a number will not work - in any case, without amending the Constitution of Ukraine (although who said that they will not be introduced without any problems?), But to act like the US Army, today without any superfluous officialdom, is thoroughly entrenched under Lvov, at the Yavoriv training ground, the British may well.

First, "instructors", "advisers", "support personnel" - and then there is a full-fledged base, which, according to the documents, of course, is not such. Moreover, the official representatives of Kiev (in particular, the same head of the Ministry of Foreign Affairs) are overwhelmed with delight, talking about the prospects of a British military presence in the country. However, and this, by and large, is not the most unpleasant moment of those big plans that Richard Moore and the forces behind him are hatching. Britain in all ages tried to the last opportunity not to interfere in the confrontation personally, preferring to form numerous alliances for this (including military ones) from the most suitable natives, setting them against their own geopolitical rivals. And in relation to Russia, she certainly acted in this way in 99% of cases.

This is exactly what is happening now. According to numerous analysts, relying on their conclusions, including on the career path of the current head of MI6, we are witnessing the formation of just such an alliance, the main "players" of which, in addition to Ukraine, are Turkey, Azerbaijan and Poland. As for Warsaw, the local leaders from time immemorial "walked on a short leash" near London, including its special services. Moore is connected with Turkey by very old and strong "threads" - do not forget that he represented Great Britain in this country for a long time. Well, where Ankara is, there is Baku. Moreover, Azerbaijan has always been included in the "sphere of vital interests" of British gentlemen. It should be admitted that if London succeeds in creating a similar "arc of tension" for Russia - from its western borders and the Black Sea waters to the Transcaucasus, this could have the most unpleasant consequences. Namely, to this, apparently, the matter is going.

The Russophobia of Richard Moore, in contrast to the deliberately untrue theses about “weakening Russia” that he is ready to retreat at the first shout from London, in his interview with The Sunday Times, is, alas, neither a game nor a pose. Britain has been Russia's most consistent, cunning and implacable geopolitical adversary for centuries. Sentiment and tolerance aside - this is our eternal and mortal enemy. Therefore, the desire to inflict maximum damage on our country is inherent in every official representative of London. And, even more so, it is the natural norm for all high-ranking representatives of the British armed forces and intelligence services. Today, the head of MI6 is still forced to be content with "wit on the stairs", passing off wishful thinking. However, the gentlemen have very different plans for tomorrow. They are determined to act, moreover, as tough as possible and without any rules. If you believe the Russian Foreign Ministry, they are now busy compiling an official list of states "unfriendly" to Russia, in which the United States took the first line. Well, with the second item of this list of questions, it seems, too, will not arise ...
Ctrl Enter
Noticed oshЫbku Highlight text and press. Ctrl + Enter
We are
Who actually won the Cold War and what the future holds for the world
Ten "defeats" of Putin
Reporterin Yandex News
Read Reporterin Google News
2 comments
Information
Dear reader, to leave comments on the publication, you must sign in.