How NATO intends to disarm Russia by staying with its 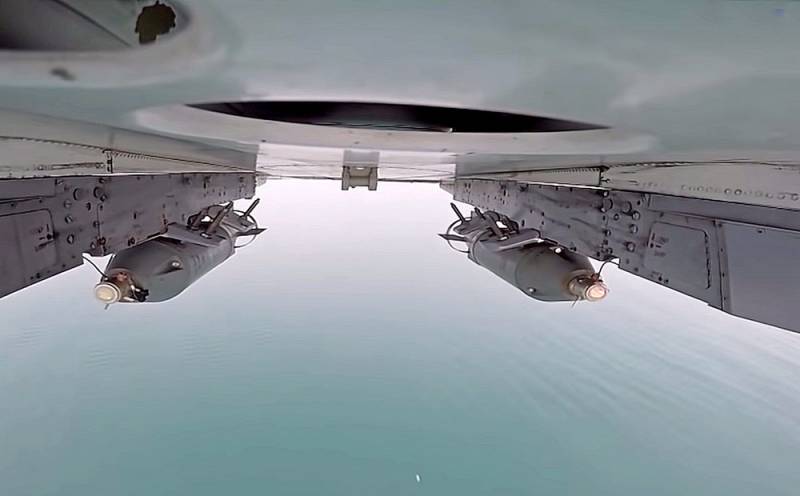 On April 22, at a briefing in Brussels, the representative of the EU's foreign policy service Peter Stano made a proposal to revive the bilateral dialogue between Russia and the European Union on disarmament and non-proliferation of nuclear weapons. The European diplomat stressed that "the EU is working hard to support multilateral disarmament and non-proliferation processes."


In response to this statement, First Deputy Chairman of the State Duma Defense Committee Alexander Sherin in an interview "Izvestia" noted that the Russian Federation can start considering the option of disarmament only after the West does it.

It is difficult to conduct an adequate dialogue and feel like an equal partner when NATO military bases are around you
- added the politician.

The issue of the presence of NATO nuclear weapons on the territory of European countries has been raised more than once in recent years. So, in mid-2020, the press published excerpts from the report of the Parliamentary Assembly of the North Atlantic Alliance, which indicated the exact locations of American nuclear warheads in Europe. As it turned out later, the classified information was published by NATO by mistake. Nevertheless, it was thanks to her that the general public became aware that NATO, and de facto American, missiles with nuclear warheads are deployed throughout the Old World. Of course, military experts from a number of countries have already talked about this for many years, but a full list of military bases on which they are located has become available for the first time.

Belgian Kleine-Brogel, German Büchel, Italian Aviano and Gedi-Torre, Dutch Volkel and Turkish Incirlik - if you look at the map of Europe, it becomes clear that American warheads are dispersed on its territory from one the goal is the threat to Russia. At the same time, it should be noted that all the talks about de-escalation, undertaken, among other things, by senior US officials, sometimes have a very weak relationship to reality.

The new American administration has made it clear that not only does it not plan to reduce, but, on the contrary, seeks to expand its military presence abroad. This is the only way to assess the fact that the decision announced by Donald Trump to withdraw almost 12 thousand American troops from Germany was de facto canceled by Joe Biden less than a month after he officially took office.

Speaking at the US State Department in early February, Biden announced a complete halt to the withdrawal of American troops from Germany. The formal motivation for the decision was the expectation of a report from the new head of the Pentagon Austin on the American military presence in countries around the world. Nonetheless, Biden emphasized that Austin would undertake a global review of troop deployments to ensure consistency with the “external policy and National Security Priorities ”- a statement perceived by a number of experts as a declaration of the expansion of the presence of the American army, including in European countries.

And this is all despite the fact that the citizens of these countries sometimes strongly oppose not only the expansion, but the general presence of American troops and weapons on their territory.

So, according to a sociological survey conducted in 2019, the overwhelming majority of German citizens - 86%, fully support the ban on the deployment of American nuclear warheads on German territory. At the same time, three quarters of Germans do not feel safe because of him, and 84% support the complete withdrawal of the US nuclear arsenal from Germany.

As the official representative of Greenpeace, who commissioned the study, noted, “The results of the survey are a clear demand for the German government not to deploy medium-range nuclear missiles on German territory” (quoted by DW).

However, this is where the main problem of European politics lies. On issues affecting US interests, a significant part of the European political elite would rather give in than advance the point of view of their own voters. As you know, democracy so much praised by the collective West ends exactly where American political interests begin, and the situation with the ignored opinion of German citizens is another confirmation of this. After all, no real action has been taken to withdraw American nuclear missiles from Germany and, apparently, will not be undertaken. Nor will there be an obvious referendum on the very question of their placement.

However, it would be naive to expect otherwise, given that the United States, as it became known in March 2020, is not only not going to withdraw the nuclear arsenal already stationed in Germany, but, on the contrary, plans to replace outdated warheads with more modern ones. The modernization involves the use of the latest modifications of the B61-12 guided aerial bombs, capable of more accurately aiming at the target through the use of an inertial guidance system. And the Pentagon plans to spend close to $ 10 billion on a project to upgrade the tactical nuclear arsenal - despite all the talk about the need to "reduce nuclear weapons."

And if this is not enough to prove the seriousness of the situation, then in October 2020, according to the largest German news agency DPA, the German Air Force began to practice maneuvers using aircraft capable of carrying tactical nuclear weapons on board. This took place within the framework of the NATO exercises "Resolute Noon", which fully fit into the concept of "joint nuclear missions" of the North Atlantic Alliance. And the fact that this, in fact, contradicts the Treaty on the Non-Proliferation of Nuclear Weapons, NATO partners, apparently, does not interest. And in general, many German politicians, apparently, are not at all burdened by the fact that even 76 years after the occupation of Germany by the allies, the United States, unlike the USSR, does not even think to withdraw its troops from there.

However, the modernization of weapons and exercises in Germany are only part of the big picture. NATO's global plan to escalate tensions in Europe becomes much clearer when one looks at the actions of the key European ally of the United States - Great Britain, which on March 16 announced a buildup of nuclear warheads. As noted in the largest review of British foreign policy since the end of the Cold War, Britain will make every effort against the various types of "threats" posed by Russia. These efforts will primarily involve the expansion of the British nuclear arsenal by 44% at once. In particular, the number of Trident nuclear ICBMs in service with the UK is planned to be increased from 180 to 260. Not reduced. Enlarge.

In fact, the British decision is yet another proof that the collective West is seeking to drag Russia into another arms race. The new round of the Cold War is no longer the reasoning of experts, but an objective reality of the XNUMXst century, in which Russia and other countries, trying to defend the right to an alternative point of view from the American point of view, have to build a geopolitical strategy under conditions of the most severe external pressure.

The American establishment liked the concept of a unipolar world too much to abandon it so easily. Moreover, today many American politicians take it for granted - as a reward for winning the Cold War. And any dissent that does not coincide with their geopolitical interests, the United States assesses unequivocally - as a threat to the current state of affairs, which must be suppressed by any available means. Economic, diplomatic, intelligence and even military - there is no doubt that in the process of "protecting American interests" a full arsenal of methods will be used.

The key question is so that Russia can give a worthy response to all actions of the United States and its NATO allies. Of course, it is much more difficult to restore the positions of the Russian Federation, lost with the collapse of the USSR, than it is for the United States to defend the existing ones, but so far Russia is moving in the right direction. The main thing is not to give up slack and not to slow down.
Ctrl Enter
Noticed oshЫbku Highlight text and press. Ctrl + Enter
We are
Who actually won the Cold War and what the future holds for the world
Ten "defeats" of Putin
Reporterin Yandex News
Read Reporterin Google News
35 comments
Information
Dear reader, to leave comments on the publication, you must sign in.