US media: Will the cruiser "Admiral Nakhimov" really become the strongest ship in the world? 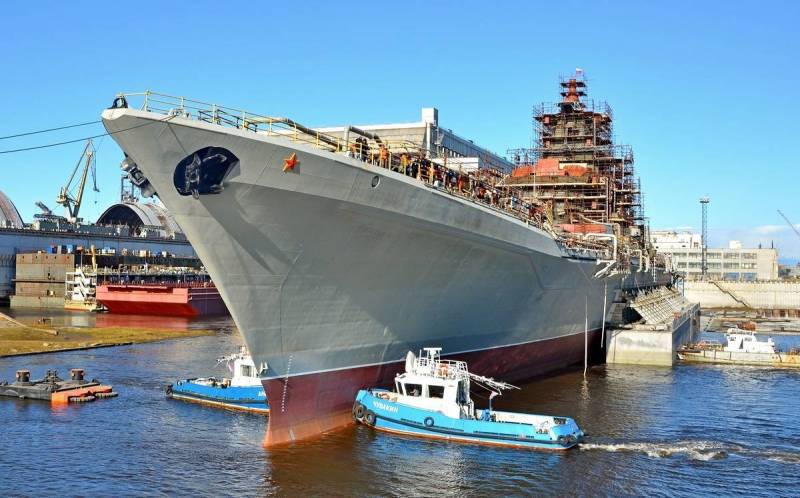 At the end of the Cold War, 4 Project 1144 Orlan heavy nuclear missile cruisers (TARK) were laid down at Soviet shipyards to destroy the US Navy's AUG. They allowed the Soviet Navy to conduct hostilities far from the Soviet shores, writes the American online edition Military Watch.


After the collapse of the superpower, Russia inherited the TARK Kirov, Admiral Lazarev, Admiral Nakhimov and Peter the Great. Due to the country's difficult economic situation, the fleet had to write off and send for disposal the first two from the list. The youngest "Peter the Great" (laid down in 1986 - in service since 1998) is in service, and "Admiral Nakhimov" (laid down in 1983 - in service since 1988) has been undergoing repairs since 1999 and is undergoing major modernization. His return to service is scheduled until the end of 2023.

With such an arsenal, "Admiral Nakhimov" will definitely pose a great threat to any surface fleet. Moreover, the matter is not limited to the replacement of weapons. In fact, only one hull will remain from the old ship, and the "filling" will be updated (sensors, sensors, radar and various systems).

The gigantic firepower and gigantic dimensions of the ship (total displacement of 25 tons) can really allow it to become the strongest and most combat-ready surface ship on the planet after a long and complicated modernization. However, it will be necessary later to assess whether the improvement of the ship influenced the reliability of its power plants and to what extent the new electronic warfare systems and access to longer-range missiles can compensate for the lack of covert functions (stealth) that the Chinese destroyers of the 055 type and the American destroyers of the type Zumwalt, summed up the media from the United States.
Reporterin Yandex News
Reporterin Yandex Zen
9 comments
Information
Dear reader, to leave comments on the publication, you must sign in.