Before the implementation of transport megaprojects, the state took on the oligarchs-metallurgists 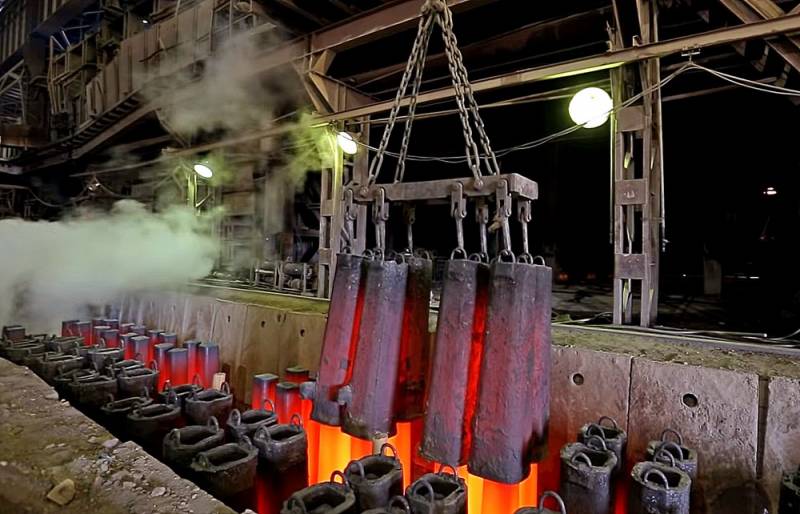 The situation in the metals market may require direct and urgent government intervention. The sharp rise in prices for metallurgical products leads to higher construction costs and calls into question the implementation of large-scale infrastructure projects in Russia. Who is to blame for all this, and what to do?


If a year ago a ton of metal on the exchange cost $ 518, today this figure is already $ 1363. The growth is almost threefold. It would seem that our country, whose budget is mainly formed from the proceeds from the sale of natural resources for export, should be happy. But why is it that no one, except for a few well-known oligarchs, starts to dance, while the Federal Antimonopoly Service, on the contrary, sounds the alarm?

On the one hand, the growth in demand for metallurgical products is a great blessing, since it means a gradual recovery of the global economics... On the other hand, this is not particularly beneficial for Russia, since most of the domestic metallurgical companies are registered in offshore or foreign jurisdictions. In order not to be unfounded, here are a few facts. For example, the "Basic Element" of the oligarch Oleg Deripaska is owned by Basic Element Ltd, registered in Jersey, which, in turn, is owned by A-Finance, registered in the British Virgin Islands. The formal owner of Roman Abramovich's Evraz holding is Mastercroft Limited, which was originally based in Cyprus and then moved to Luxembourg. OJSC Magnitogorsk Metallurgical Plant is also owned by two Cypriot offshore companies. And so on, the information is open, anyone can personally verify how "Russian" the domestic metallurgical giants really are.

Why are they registering abroad? To pay less taxes in Russia, of course. This is to the question of whether there is reason for all of us to rejoice at the rise in metal prices. They do not exist and, alas, these are far from all problems. In December 2020, the FAS launched an investigation caused by a sharp increase in the cost of metallurgical products: fittings, pipes, sheet and shaped metals. This had an extremely negative impact on the construction industry, which had just begun to recover, thanks to such stimulating government measures as preferential mortgages and the capital's renovation program. Needless to say, anti-monopoly officials saw signs of an anti-competitive conspiracy between the largest traders of rolled metal products?

Now let's move on to why this whole situation needs to be dealt with quickly and toughly. The fact is that such large-scale and strategically important infrastructure projects for the country have been announced in Russia, such as the expansion of the throughput capacity of the Baikal-Amur and Trans-Siberian Railways. To complete the construction of these railways, passing in difficult climatic zones, a huge amount of metal will be required. Already, the cost of the project has risen in price "only" by 40 billion rubles, about which we are in detail told earlier. It's only the beginning…

But these railways, which allow for the transit of goods from Asia to Europe and at the same time connect the far ends of Russia, are really needed by our country. If everything is done wisely, the Transsib and the BAM can become additional drivers for the development of the domestic economy. There is also money. It is reported that NWF funds will be invested in the infrastructure. And if you do it wrong? Then the infrastructure megaproject risks becoming a real financial "black hole" in which the railway becomes "golden", and federal money will move from the Fund's accounts to the pockets of several oligarchs located offshore.

This is not to say that no one understands this. Deputy Prime Minister Andrei Belousov came up with a number of initiatives designed to prevent abuse. The first envisages the creation of a special state reserve fund, which will purchase metallurgical and other products at fixed prices in order to implement infrastructure construction projects. The second scenario from "Putin's hand" provides for metallurgists to enter the stock exchange, where they will have to sell their products at reduced prices in exchange for additional export quotas from the government.

The third option is the most radical. Deputy Prime Minister Belousov proposes the introduction of indicative prices for metals by analogy with the export of agricultural products abroad. A price damper can be introduced for each export item, profits above which will be subject to additional duties and taxes. Such surplus profits can be withdrawn and channeled by the state for infrastructure investments. Interesting offer. But who will be stronger, "Putin's right hand" Andrei Belousov or the "invisible hand" of the oligarchs Deripaska, Abramovich, Usmanov, Potanin and others? We will see.
Reporterin Yandex News
Reporterin Yandex Zen
28 comments
Information
Dear reader, to leave comments on the publication, you must sign in.