The confrontation between "Bayraktars" and "Shells" resumed in the virtual world 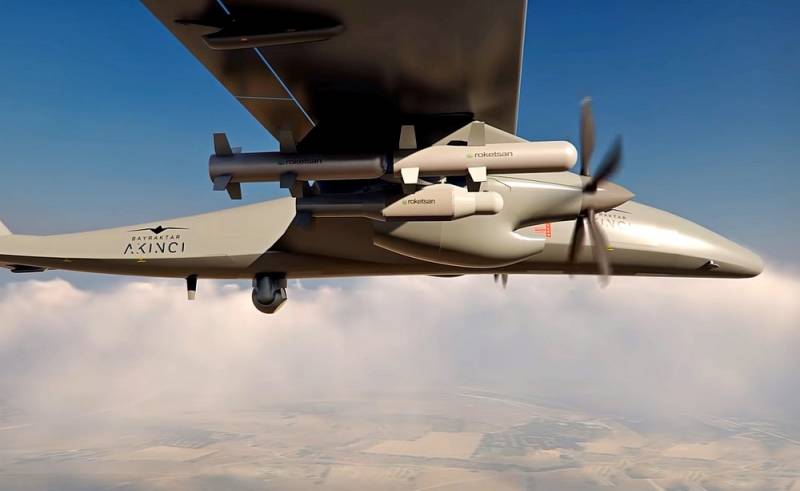 Ankara has opened another front against Moscow. This time, the "fighting" began in the virtual space, and animation became the "weapon of victory". A commercial for a local defense corporation was released in Turkey, in which the Bayraktar strike UAV once again famously destroyed a Russian-made Pantsir-C1 air defense missile system. Why was this done, and how can we answer? Again "cartoons"?


First, let's see what Turkey itself was trying to achieve with such an information attack. In that cartoon "Bayraktar" takes off under very pretentious music, its operator finds the target, which is our "Shell", gives the command, the anti-tank missile breaks off the suspension and rushes to the target. ZRPK belatedly tries to visit, but, of course, where is he to the Turkish strike drone? Explosion. Russian weapons have been put to shame.


But why, for example, not show how "Bayraktar" just as famously endures air defense systems of American or Israeli production? Are they "the wrong system"?

There are probably several factors at work here. Against the United States or Israel, even in the virtual space, the "Sultan" Recep is not out of hand. The Kremlin, which depends on Ankara for the operation of the Turkish Stream, seems to be a much more comfortable adversary, especially since the Bayraktars have already fought, and quite successfully, against Russian-made air defense missile systems in Syria and Libya. However, everything is somewhat more complicated than it seems at first glance.

The fact is that the time of the "Bayraktar" is gradually passing away, no matter how strange it may sound. Attack UAVs of Turkish production "fired" in the literal and figurative sense then and where the enemy was completely unprepared for their use. These are the Syrian government army exhausted by the many years of war, and the semi-guerrilla army of Field Marshal Khalifa Haftar, and the defenders of Nagorno-Karabakh, who were frankly "merged" by their own leadership in Yerevan. In these relatively greenhouse conditions "Bayraktars" were able to maximize their potential and become a real "weapon of victory". But this cannot continue indefinitely, since a potential adversary is forced to react in order to eliminate such an advantage. And this is already happening.

At first, as for the painted "Shells", which are so dashingly destroyed by the cartoon UAV. The negative experience of the Syrian and Libyan campaigns forced the Ministry of Defense of the Russian Federation to start modernizing these air defense missile systems. The developers strive to eliminate "blind spots" in them, increase the detection range of air targets, and equip them with a new type of anti-aircraft missiles. Instead of one expensive one, four will be installed at once in a launch container. They will be much more compact in size, with a shorter flight range, but much cheaper. This is what you need against small targets like an attack UAV. The modernized "Pantsiri" will no longer be as easy prey as the Turkish animators portrayed.

SecondlyRussia, unexpectedly for many, is itself turning into a developer and manufacturer of strike and reconnaissance unmanned vehicles. These are Orlan, Orion, Altius, and the super-heavy Hunter - the entire line of UAVs. Yes, all this still needs to be run in and put on the conveyor, but the facts are such that Russia still managed to jump on the step of the last car of the departing train. In our country there is not a very good tradition of harnessing for a long time, but then we go fast. And it turns out that Moscow suddenly became a direct competitor to Ankara in the drone market. And this market is traditional for Russia - the countries of Central Asia, where Turkey is striving with its pan-Turkic idea of ​​the Great Turan and "logistic superpower". It is obvious that the "sultan" is extremely interested in tying all these former Soviet republics to himself, including the supply of weapons and accessories to it. So he needs "cartoons" where "Bayraktars" continue to "endure" Russian-made anti-aircraft systems with impunity.

By the way, about the fact that we know how to “drive fast”. There is one more reason why Turkey is profitable to sell its drones to as many buyers as possible as soon as possible. The fact is that their time is really running out, as an extremely effective antidote is on the way. To effectively counter Turkish, and at the same time Israeli and American UAVs, Russia has developed a system of so-called "air mining", which can nullify the entire strike potential of the vaunted drones.


Our defense industry took the well-publicized idea of ​​loitering ammunition, improved it and turned it against a potential enemy. If the Israeli kamikaze drones are made on the aircraft principle, then the Russian Lancets use an X-shaped layout. The general director of the manufacturing company ZALA AERO Alexander Zakharov spoke about the advantages of this design:

At high speeds, large planes do not behave very well; bending moments are present. We've reduced the range, keeping the same payload mass, and doubled the speed. When diving and maneuvering, such a scheme behaves much better, in addition, the dimensions of the product are greatly reduced.
Domestic ammunition is "environmentally friendly" because it is powered by electric motors. This also makes them more compact, lighter, cheaper and less noticeable. "Lancets" are launched from a catapult and can be in the air for a long time. For their combat use, satellite navigation is not needed; kamikaze drones operate in tandem with a reconnaissance UAV. This separation of functions is quite successful with economic points of view. It is enough to curtain the airspace for several hours with a swarm of cheap Lancets, which will approach at high speed and demolish any UAV, and it will become impenetrable for the Bayraktar or the products of the Israeli and American military-industrial complex. Ironically, isn't it?
Ctrl Enter
Noticed oshЫbku Highlight text and press. Ctrl + Enter
We are
Russian "Orion" surpassed Turkish "Bayraktar"
How false data on the effectiveness of the Pantsir-C1 air defense missile system are born
Reporterin Yandex News
Read Reporterin Google News
8 comments
Information
Dear reader, to leave comments on the publication, you must sign in.