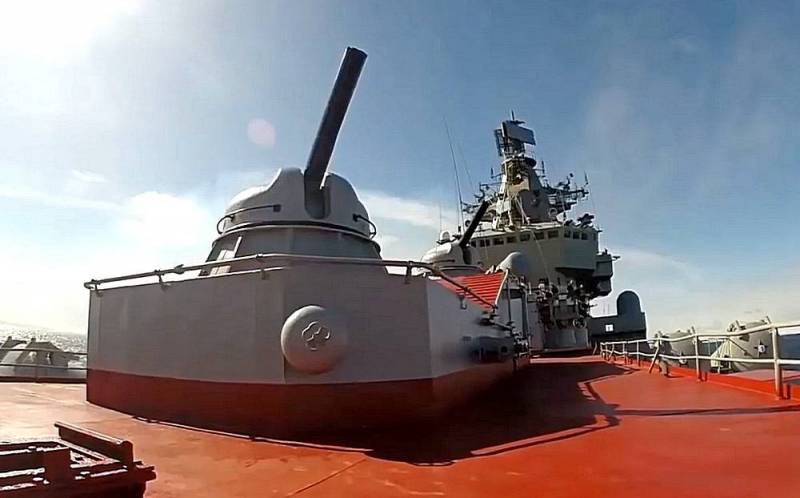 Aggressive external policy The United States and its allies have led in fact to the formation of a new stable anti-American alliance in the Middle East. The unofficial alliance of Syria and Iran was backed up by Russia and China: the first with military force, the second with financial assistance. It looks like a big change is brewing in this key region.


Undoubtedly, the arrival of the Democratic Party to the White House has greatly influenced the change in attitudes. Under Joe Biden, the United States began to strengthen its stake on the armed groups of Kurds in Syria, as opposed to official Damascus, and its allied Tehran, and even neighboring obstinate Turkey. To protect their "proxies" from air strikes of the Air Force of the SAR and the Aerospace Forces of the Russian Federation, the Americans sent them Patriot anti-aircraft missile systems. Washington continues to economically strangle the regime of President Bashar al-Assad by maintaining control over the Syrian oil fields, which the US military cynically smuggles out for resale in neighboring Iraq. Naturally, the Syrian Arab Republic does not receive any tax deductions or payments for subsoil use from foreign invaders. According to the latest Israeli media reports, $ 92 million worth of "black gold" has already been stolen.

In this context, supplies of Iranian oil to refineries in the SAR, provided within the framework of Tehran's friendly assistance to Damascus, are of great importance. However, the Islamic Republic, which is under Western sanctions, itself needs financial assistance. And then China entered the game, which signed an agreement to invest a gigantic amount of $ 400 billion in Iranian the economy... The de facto strategy of the United States and Israel to isolate and gradually strangle Iran has failed miserably. Now Tehran, behind which Beijing has stood, will be able to continue to pursue a sovereign policy in the region, supporting Syria. We are talking not only about military assistance in the fight against terrorist groups and interventionists, but also about the supply of "black gold" to Syrian oil refineries.

Iranian oil and gas tankers are forced to go through the Suez Canal, where they are constantly trapped by the dangers posed by their American allies. For example, two years ago, the British Marines off the coast of Gibraltar seized a ship with a cargo of "black gold" destined for Damascus. Iranian tanker Adrian Darya 1 was arrested under the pretext of violating EU sanctions, but Tehran promptly responded to London by hijacking a British-flagged tanker. As a result, "Adrian Darya 1" was released and delivered its cargo to its destination. However, the Iranians drew the right conclusions from what happened. After that, their other tanker, called Samah, was accompanied by two Russian warships, the VPK Vice-Admiral Kulakov and the medium sea tanker Akademik Pashin. Significantly, there were no detentions of ships by the British Navy after that.

However, the United States has allies in the Middle East that are far less scrupulous than even the British. We are talking, of course, about the mortal enemy of Iran, Israel. The Israeli Air Force is mercilessly bombing the military infrastructure of Tehran in Syria, and also regularly carries out naval attacks on Iranian ships carrying cargo for the SAR. According to the American edition of The Wall Street Journal, in the last month alone, the Israelis have carried out a dozen attacks on oil tankers belonging to the Islamic Republic. Thus, they allegedly thwart Tehran's plans to support groups loyal to Iran throughout the Middle East. De facto Israel is waging an undeclared terrorist war against the Iranian merchant fleet. The saboteurs' attacks are carried out in such a way that the tankers do not sink with the inevitable oil spill, but get damaged and have to return to the port from where they left. The last known case was an attack on an Iranian ship named "Saviz".

Now this sabotage war, apparently, will end. Russia, Iran and Syria deal among themselves on the creation of a joint naval coordination center. Its task will be to undermine the economic blockade that the United States and its allies in the region have placed on the Damascus-Tehran alliance. To this end, the ships of the Russian Navy will take under their protection Iranian merchant ships going to the ports of the SAR with a cargo of oil and gas. Apparently, the experience of safe pilotage of the Samah oil tanker was recognized as successful.

What exactly will this give to all parties? Russia has its own squadron in the Eastern Mediterranean, whose ships are able to provide cover for sea convoys sent by Iran to friendly Syria, both from uninvited visits by British and other marines, and from raids and other attacks by Israelis who have lost their shores. Damascus will receive the oil it needs, and Tehran will strengthen its position in Syria.
Ctrl Enter
Noticed oshЫbku Highlight text and press. Ctrl + Enter
We are
Turkey’s purchase of S-400 will mark the beginning of the end of NATO
Wars on distant approaches: Russia has already begun to act
Reporterin Yandex News
Read Reporterin Google News
18 comments
Information
Dear reader, to leave comments on the publication, you must sign in.