"Too widespread use": the United States stopped flights of all "strategists" B-1B 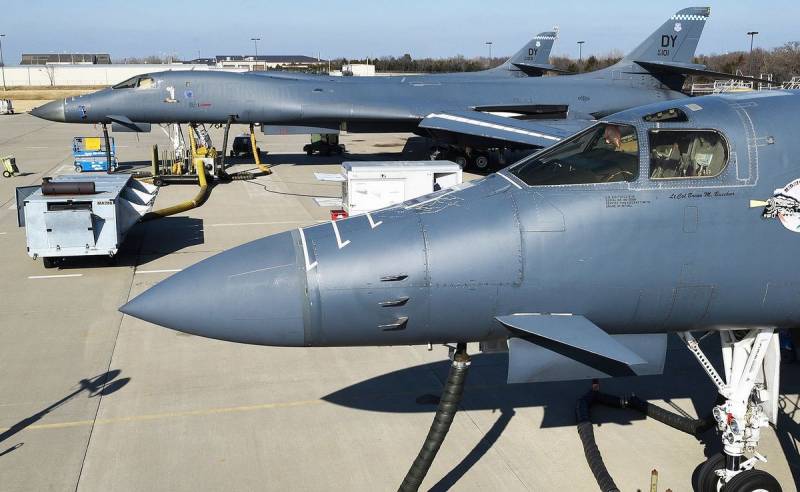 The United States often articulates the need to increase its military presence in Europe and the Black Sea region in order to help its allies and limit Russia's "ambitions". However, the American military sometimes does not pay attention to what is happening literally "under their feet", namely, to technical the state of its own military equipment.


So, after intensive exploitation in the skies of Iraq, Afghanistan and Syria, strategic bombers B-1B are increasingly failing. On April 8, according to The Drive, during the landing of one of the "strategists" (tail number 86-0104) in South Dakota, a fuel leak occurred as a result of the formation of a hole in the filter housing of the fuel pump. A pressurized leak is a hazard in itself, but if the fuel filter is not working properly, pilots cannot use the afterburners to increase thrust on takeoff.

Further inspection revealed similar problems on other bombers of this type. In this regard, the command started talking about special inspections and a complete stop of flights of all B-1Bs.

The incident and the associated safety degradation were the latest in a long line of challenges that the B-1B fleet has faced in recent years. According to the newspaper, the overly widespread use of strategic bombers in the Middle East campaigns has seriously worsened their technical condition. Apparently, the Pentagon's plans to operate 45 of these aircraft until the 2030s are not destined to come true.
Reporterin Yandex News
Reporterin Yandex Zen
3 comments
Information
Dear reader, to leave comments on the publication, you must sign in.