Why Russia is leaving the ISS project 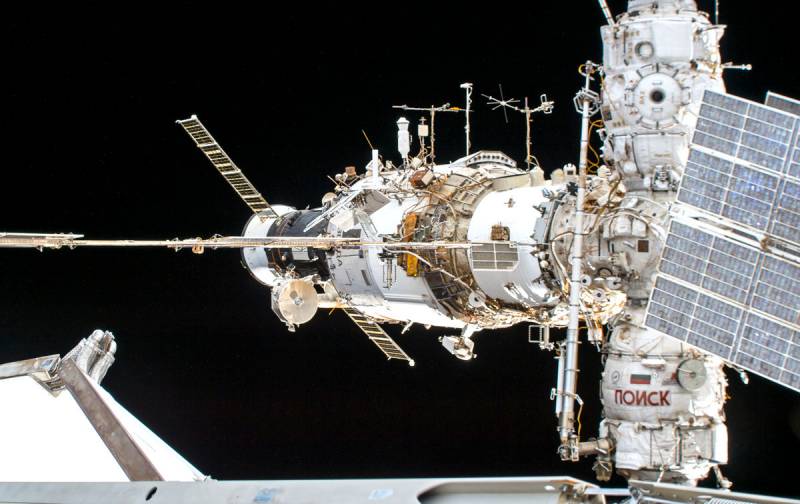 So it happened. In Moscow, on Cosmonautics Day, a fundamental decision was made to leave the ISS and build for Russia its own national orbital station. Why did this decision take place right now, and how might our Mir-2 look like?


Let us recall that before participating in the project of the international space station, Russia had its own multi-module research manned station "Mir". It was launched into orbit in 1986, and during this period of time it was visited by 28 expeditions with astronauts from 12 countries, who together set several records and over 23 thousand scientific experiments. The Soviet-Russian space station even featured in several foreign films and cartoons, becoming part of mass culture. "Mir" was drowned in the Pacific Ocean in 2001, the officially declared reason was its obsolescence and lack of funds to maintain it in a functional state.

Mir was replaced by the International Space Station project, in which 14 countries participate jointly. It is quite symbolic that the first module of the ISS was our Zarya, launched into orbit by the Proton-K launch vehicle, and the American Unity - only the second. Today, the United States has the largest segment in the station and bears the brunt of the financial costs of maintaining it. Despite its venerable age, the service life of the ISS can be extended until 2030. But why are both Washington and Moscow now looking in different directions?

At first, the factor of general depreciation of the station cannot be ignored. Breakdowns of varying degrees of complexity appear constantly, and there are forecasts that by 2025 their number will increase like an avalanche. It is, of course, possible to remove them and repair them, but it is very expensive, and the main sponsor of the project, the USA, is no longer very interesting.

SecondlyWashington is interested in implementing its own project called the Lunar Orbital Platform-Gateway (LOP-G). Unlike the ISS, this station will be in orbit not on the Earth, but on the Moon, and will become visited. It should become a "jump launch site" for American missions to an earth satellite, as well as a transshipment base for flights to Mars, to the asteroid belt and into deep space. The project is very promising and formally international. However, its "instigator", the United States, gathered under its wing only the most loyal allies, not allowing China there and making it clear to Moscow that Russia has a place in LOP-G only in secondary roles.

ThirdlyAfter being left behind the Lunar Orbital Platform-Gateway and facing the prospect of being left without the ISS, Russia was forced to seriously think about creating its own "gateway to space", otherwise we could wake up already at a broken trough. And it’s very good that they didn’t pull too long with this. The fact is that the structures of Roskosmos just a few years ago stopped developing new modules for the ISS. Had a dozen or one and a half more pass them, we would probably have lost experience and competence in this area due to the change of generations among the designers. According to the head of the state corporation Dmitry Rogozin, RSC Energia has begun work on the first basic module of the new Russian space station, which should be ready by 2025.

So how can our national station look and form?

Roscosmos said earlier that the orbital station will consist of five modules that were previously intended for the international space station. At the same time, it will be higher than the ISS, and rotated at a more convenient angle to the Earth. This will be done, as Deputy Prime Minister Yuri Borisov explained, for better observation:

This will allow us to see the Russian territory as much as possible and especially, which is very important, the polar regions, and this is also connected with the development of the Northern Sea Route.
In general, it is clear that the new orbital service station is entrusted not only with research tasks, but also with reconnaissance. Apparently, Roscosmos does not intend to limit itself to this only. It is reported that at the same time we will develop a project of a transport and energy complex with a nuclear power propulsion system for flights into deep space. Apparently, the work of this "nuclear-powered tugboat" to pull cargo between the orbits of the Earth and the Moon will be directly linked to the presence of Russia's own "gates to space".

Now, with regard to the national status of the new space station. The Kremlin believes that our country is capable of implementing this project on its own, but we are ready to consider the participation of other partners as well. That is, the station may in fact become international, but we will play the first violin, as Americans with our circumlunar project.
Ctrl Enter
Noticed oshЫbku Highlight text and press. Ctrl + Enter
We are
Cheap and cheerful: Roscosmos wants to deliver people to the ISS in just two hours
Battle for space: can Russia create its analogue to the ISS
Reporterin Yandex News
Read Reporterin Google News
71 comment
Information
Dear reader, to leave comments on the publication, you must sign in.