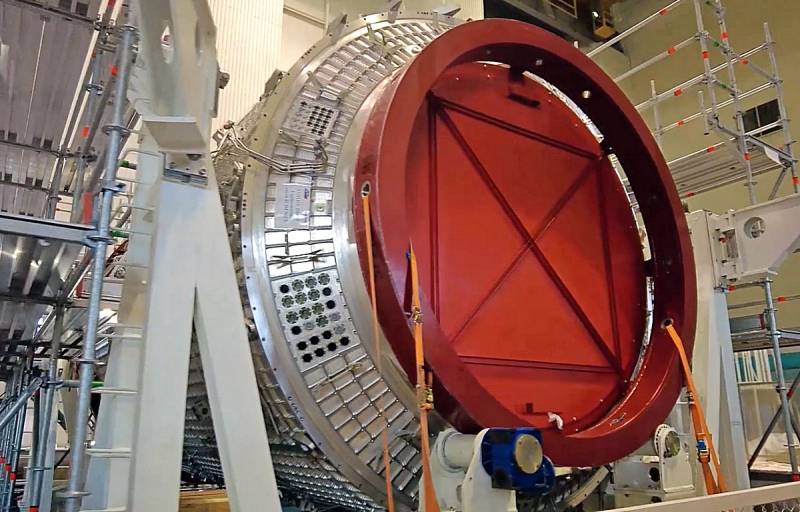 The first basic module for the future Russian national orbital station may be the NEM, previously intended for the ISS. Experts from RSC Energia are currently working on the Science and Power Module and it will be ready for launch in 2025. The head of Roscosmos Dmitry Rogozin wrote about this in his Telegram channel by posting a video.


Recall that Russia intends to withdraw from the ISS project after 2025. By that time, our country plans to create its own orbital station for scientific research.

On the eve of the Deputy Prime Minister of the Russian Federation Yuri Borisov said that the situation associated with the "aging" of the ISS structure could lead to catastrophic consequences. Therefore, Russia should create an alternative to the current project as soon as possible and not put astronauts at risk.

In addition, Borisov added that the future national orbital station could become high-orbit (located above the ISS) and be used not only for scientific research, but also as a "transshipment base" during lunar missions.


As for the Scientific and Energy Module, work on its creation started back in 2012. According to the plan, by 2015, it was supposed to ensure energy independence for the Russian segment of the ISS. However, by that time only the draft design of the module was ready.

Ground tests of NEM started only in 2018. At the same time, the timing of its launch is constantly being postponed.

It should be noted that in addition to the NEM, which, according to Dmitry Rogozin, will become the main one, the "long-suffering" module "Science" and the UM "Prichal" may become part of the future station. Both modules are going to be sent to the ISS this year.
Reporterin Yandex News
Reporterin Yandex Zen
9 comments
Information
Dear reader, to leave comments on the publication, you must sign in.