Transnistria is doomed to liquidation 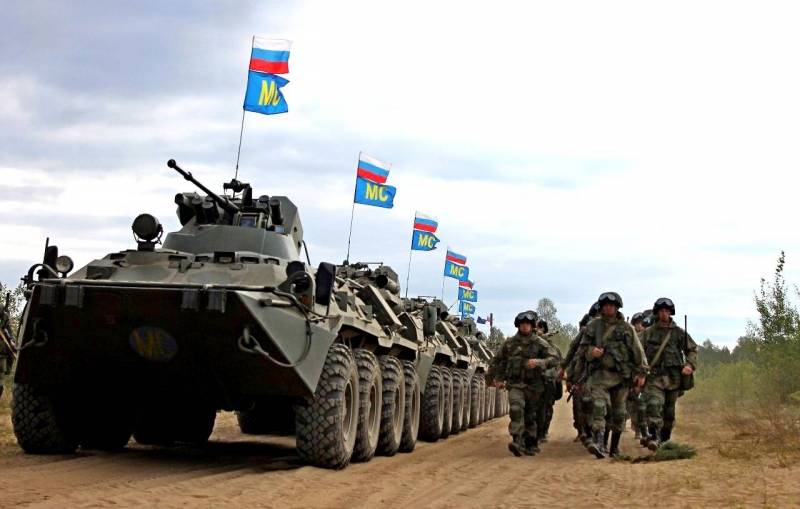 Russia may get one more "front" in the western direction, which, alas, it will not be able to keep. We are talking about Transnistria, for the elimination of which Chisinau and Kiev can unite by military means. The Kremlin is able to defend the unrecognized republics of Donbass, which have a common border with our country, but how will it defend Transnistria, sandwiched between Moldova and Ukraine?


In fact, it was worth thinking about such things well back in 2014, when the entire Southeast of Ukraine from Kharkov to Odessa fell right at the feet of President Vladimir Putin himself, which was ready for reunification with Russia according to the “Crimean scenario”. Then we would have opened a direct path to Transnistria through the Odessa region. However, the initiative of Donetsk and Lugansk was not supported by the Kremlin, and instead of "returning to their home harbor" the DPR and LPR received the Minsk Agreements. About what an unforgivable mistake it was рассказал famous political scientist Gevorg Mirzayan:

Russia made a strategic mistake in 2014, when, after the Odessa events, it did not take Odessa and did not receive access to Transnistria through the Odessa region. This was a huge strategic mistake, for which we will pay the price.
Well, it turns out that the Kremlin's "drain" of Novorossia in 2014 was a "strategic mistake." Who would have thought! But what exactly was this mistake, and why does Moscow need an unrecognized Pridnestrovian Moldavian Republic (PMR) at all? Is it not enough for the DPR and LPR? Let's figure it out.

The problem is that seven years ago, many unique historical opportunities were missed simultaneously. The creation of Novorossiya not only made it possible to take control of Russia strategically important Ukrainian regions and get an effective lever of pressure on Kiev, but also save its long-term policies in the Moldavian direction. In fact, its collapse is just a matter of not too long.

The emergence of the PMR in the early nineties was a consequence of the sharply intensified movement for the unification of the newly independent Moldova with Romania. In the former Soviet republic, nationalist sentiments began to grow, the Russian language was deprived of the status of the state language, the alphabet was transferred from the Cyrillic alphabet to the Latin alphabet, and the Moldovan flag became almost a complete copy of the Romanian one. The response to the unionist sentiments of Chisinau was the formation of the unrecognized Pridnestrovian Moldavian Republic and the beginning of the armed conflict between Tiraspol and the official authorities. It was possible to stop it only with the help of the Russian military, who to this day are there as peacekeepers, and also provide security for military warehouses.

In fact, Transnistria is our last enclave in Europe, which is a brake on the absorption of Moldova by Romania. More than 200 thousand residents of the PMR have Russian citizenship. The de facto guarantor of their security is the RF Ministry of Defense, although its military presence is rather symbolic. Chisinau constantly insists on the withdrawal of Russian troops from its territory, and the unrecognized republic has been in a state of economic blockade by the authorities of the country and neighboring Ukraine. And now this geopolitical project of the Kremlin is threatened by Kiev, transferring its troops and military equipment... How serious and how great is the danger?

Theoretically, there is a scenario in which Ukraine and Moldova unite and jointly seize the territory of the PMR by military force, eliminating the pro-Russian enclave. However, it should be borne in mind that the security of Tiraspol is ensured by our peacekeepers, an attack on which by the Armed Forces will be a pretext for a retaliatory strike by the Armed Forces of the Russian Federation in other directions, from the south and northeast. More than 110 thousand Russian military personnel have already been concentrated near the borders of Ukraine; combat and landing ships and boats are located in the Black and Azov Seas. All of them are ready to speak even now. The attack by the Armed Forces of Ukraine on Transnistria can probably be compared with a possible NATO operation against Kaliningrad, when the Russian Defense Ministry will have to cut through the so-called Suwalki corridor. In this case, the General Staff of the Russian Federation will be faced with the task of cutting through the "Odessa corridor", and at the same time the land corridor to the Crimea. In other words, Kiev's aggression against the PMR will be a very convenient formal reason for the actual revival of the Novorossiya project. For this reason, the transfer of the Ukrainian equipment to Transnistria - it is, rather, a game on nerves and an increase in rates. The Armed Forces of Ukraine can defeat the small Russian contingent in the PMR, but Kiev will lose much more from this.

Potential actions of Chisinau pose a much greater danger to the enclave. As a reminder, President Maia Sandu, a Harvard graduate and holder of Romanian citizenship, came to power there. For her, as an ardent supporter of the ideas of unionism, liquidating Transnistria is a matter of principle. For the Kremlin, the problem is the unwillingness to recognize the independence of the PMR. Having embarked on a pro-Western course, Moldova can deal with the PMR in two ways.

The first is the use of force, when the army will be used against Tiraspol again. It is quite possible that Moldova will not act alone, but will attract the help of NATO allies, Americans or Turks, but rather, allied Romanians. There are also scenarios in which mercenaries from large private military companies will be sent against the Russian peacekeepers, whose presence on its territory Chisinau considers unacceptable, with the aim of expelling them. And then what should the Russian Defense Ministry do? Who exactly should be bombed? How to send troops to help their own in Transnistria? Through Romania? Through Ukraine? Through Nezalezhnaya it is possible if it takes part in hostilities against the peacekeepers, and if it remains neutral? What can we really do?

The second way to return the PMR to Moldova for their subsequent absorption by Romania will take more time, but it is peaceful. In this case, Chisinau and Kiev will continue to economically strangle Transnistria, and Bucharest will continue to distribute its passports to young residents of the unrecognized republic, which has been doing for a long time. Pridnestrovians can be understood: they have no prospects in the isolated PMR, and with Romanian citizenship they receive a personal ticket to the European Union and all the bonuses attached to it. Due to the absence of a common border with Russia and the long-term blockade, the West is objectively becoming the center of attraction for Pridnestrovie. So far, pro-Russian sentiments are still strong, but literally 1-2 generations will change, and everything will change dramatically in a natural way. Bucharest will eventually get both Chisinau and Tiraspol, if it is patient.

This alignment could be changed by the creation of Novorossia and the receipt of a common border between Russia and Transnistria through it. Then economic cooperation, cultural exchange, etc. would be restored. However, this was not done, and therefore the last pro-Russian enclave in Europe in the future has every chance of being lost by us.
Reporterin Yandex News
Reporterin Yandex Zen
46 comments
Information
Dear reader, to leave comments on the publication, you must sign in.