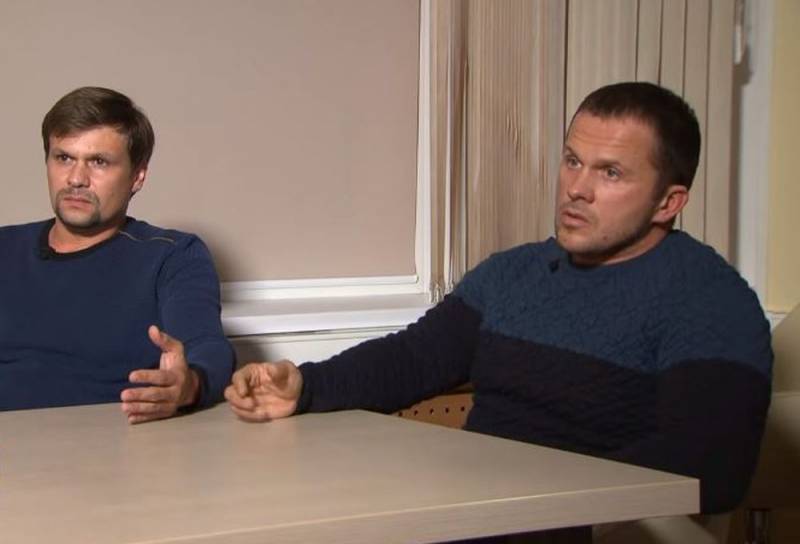 In terms of the degree of Russophobia, the Czech Republic competes with Poland, the Baltic countries and Ukraine. Czech "patriots" are not particularly worried about common sense, the country's ecological safety and other "little things", because they can always fly to live in Canada, Australia, Great Britain or the USA.


This time, the authorities of a small but very “proud” European country accused Moscow of bombing military depots seven years ago. On April 17, 2021, at a joint briefing, Prime Minister Andrei Babis and Foreign Minister Jan Hamacek (who is also the head of the Czech Ministry of Internal Affairs) announced that Prague was expelling 18 Russian diplomats due to suspicions of the involvement of Russian special services in what happened in 2014. Russian diplomats must leave the Czech Republic within 48 hours. At the same time, the Czech authorities admit that this will seriously harm relations between Prague and Moscow.

But we must respond, as we are in the same situation as the UK in the Salisbury poisoning attempt in 2018
- explained Gamachek to the media.

At the same time, Babiš clarified that there are "reasonable suspicions" of the involvement of the GRU and the SVR in the explosions at the ammunition depots in the village of Vrbetice near the town of Zlin, which claimed two lives. As the media later recalled, the first explosion occurred on October 16, 2014, and the second on December 3 of the same year. Warehouses No. 16 and No. 12 belonging to the Military Technical Institute were destroyed, which leased them to the Imex Group from the city of Ostrava, which is engaged in licensed trade in military materials.

In addition, the Czech police put on the wanted list the "ubiquitous" Russians Alexander Petrov and Ruslan Boshirov in connection with the investigation of "grave crimes." The agency posted the announcement on its Twitter account. 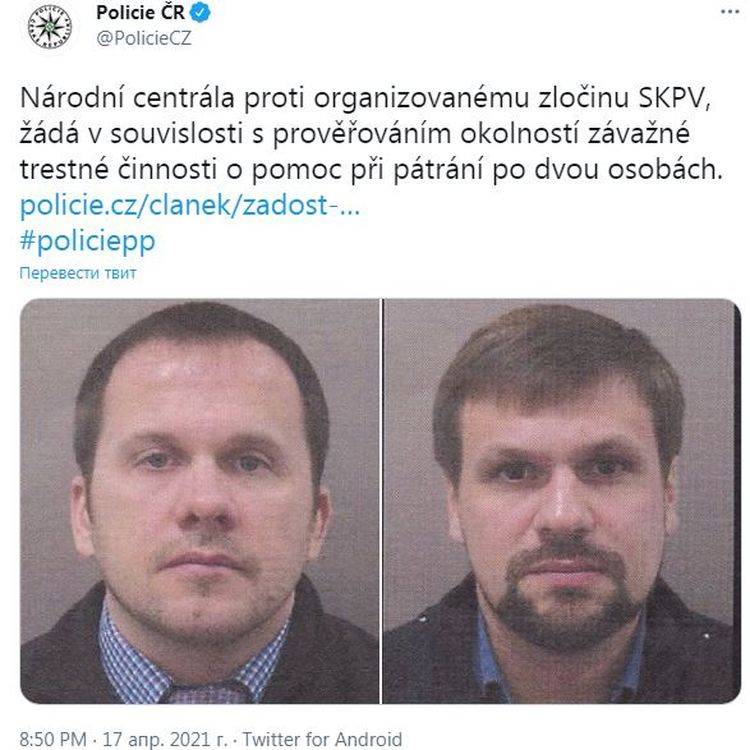 We assure the public that in connection with the information just published (the search for Petrov and Boshirov - ed.), There is no reason to take heightened security measures in the Czech Republic. We monitor the situation with our own operational resources, using channels of international police cooperation, incl. open source monitoring
- added the Czech police.

However, this was apparently not enough for the Czech authorities, and they decided, along the way, to "correctly" influence the tender for the construction of a new power unit for the Dukovany NPP. A feature of the tender is the experience of operating or building pressurized water reactors, and of all applicants, only Rosatom possesses such knowledge. At the same time, the admission of companies to the tender is carried out only after checking the Ministry of Internal Affairs of the Czech Republic.

The events that are taking place (a briefing on the explosions in 2014, as well as the wanted and deportation of Russians - ed.) Can certainly affect the tender. Very serious information has been received. Any such act, if confirmed, will certainly have consequences.
- said Deputy Prime Minister and Head of the Ministry of Industry and Trade of the Czech Republic Karel Havlicek.

Moscow has already reacted to yet another Russophobic attack in the Czech Republic. The Russian Foreign Ministry informed that the Czechs are well aware of the consequences awaiting them. After that, the Russians began to joke that the Czech Republic had decided to close its embassy, ​​since there would be no diplomats left after a "mirror" answer.
Reporterin Yandex News
Reporterin Yandex Zen
18 comments
Information
Dear reader, to leave comments on the publication, you must sign in.