Why US sanctions never worked against Russia 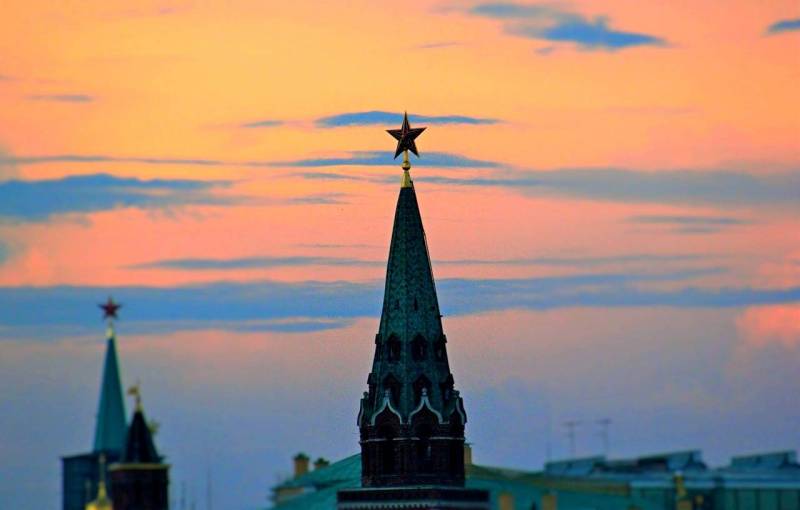 A few days ago, the United States introduced another package of restrictive measures against Russia, which affected several technology companies, dozens of individuals and legal entities, as well as transactions with sovereign national debt. The Americans have warned us about the latter for a long time, calling these sanctions "hellish". However, upon closer examination, they turned out to be not so scary. Why is the Russian economy, which has been under external pressure since 2014, is still not “torn to shreds”?


The answer to this question will be very ambiguous, and certainly not everyone will like it. But let's talk about everything in order. First of all, let's say a few words about the US ban on operations with Russian federal loan bonds, which the RF Ministry of Finance uses to pay off the national government debt. At first, everyone was a little scared, but they quickly figured out that the restrictions apply only to direct purchases of securities from official Russian financial institutions (the Central Bank of the Russian Federation, the Ministry of Finance of the Russian Federation and the National Welfare Fund). American investors can still buy domestic OFZs through intermediaries in the secondary market, paying a commission. And these restrictions come into force only from June 14, 2021. In general, whoever needs it will buy and sell bonds.

Does this give reason to believe that we have got off easy yet? In part, this is true. First of all, certain preventive work by the RF Ministry of Finance in this direction has already been carried out in advance. Last year, there were no loans in dollars, only Eurobonds were placed, and US investors were prohibited from participating in IPOs. Today, the share of the Americans accounts for OFZs for a rather modest amount of 0,8 trillion rubles. Banks with state participation, Sberbank and VTB will be able to compensate for the departure of foreigners. However, it is clearly not worth relaxing. The trend is generally negative, which can lead to an increase in the cost of borrowing due to the departure of foreign investors from the Russian bond market. The ruble has already reacted to newssifting against the dollar.

And now let's move on to the key question, why, over the past 7 years since the beginning of the process of introducing Western sanctions, the Russian economy has not “torn to shreds”, as US President Barack Obama promised us? Perhaps the correct answer would be that in fact the United States does not set itself such a goal. Why is this happening, let's say at the very end, but for now we will try to formulate and voice the real goals of American sanctions:

At firstThe United States is extremely interested in preventing Russia's industrial recovery. Until 2014, accompanied by the cheerful chants of the systemic liberals, we confidently walked the path of gradual de-industrialization. After the Maidan, it turned out that technological Russia's dependence on Ukraine and other potential adversaries in the West is critically important, which forced the authorities to take a long and difficult path of import substitution. And what exactly are the American sanctions aimed at?

For example, they are hitting components for the promising Russian medium-haul airliner MS-21, as well as a number of other aircraft that may in the future compete with the products of American and European aircraft manufacturers. The sanctions are also hitting shipbuilding and oil companies in order to make it difficult, in the absence of technology and equipment, to develop the Arctic. Restrictive measures impede the normal development of enterprises belonging to the state corporations Roscosmos and Rosatom, as well as the military-industrial complex, etc. Western consulting companies know all the ins and outs of the domestic economy, since they freely operate in all ministries and departments, and therefore the United States has the ability to deliver targeted sanctions strikes at the most "bottlenecks."

SecondlyIn recent years, Washington's restrictive measures have begun to bear a clearly personalistic character, being directed against President Vladimir Putin and his inner circle, who owe him their fantastic success in life. Now the goal of the United States is to split the Russian "elite" in order to form an internal opposition to the head of state in its midst. In the future, this could become a precondition for the so-called "palace coup", the purpose of which would be to replace Vladimir Putin, inconvenient for the White House, with his more loyal protégé of the pro-Western liberal wing.

As a matter of fact, these are the real goals of the American sanctions; they are not included in "tearing the economy to shreds". But why? Let's think together. What could be a real disaster for the modern economic model of Russia?

It is true that the ban on the export of hydrocarbons and other raw materials abroad according to the “Iranian scenario”. If the federal budget is left without foreign exchange earnings from the sale of oil and gas abroad, Moscow will not be able to fulfill its socio-economic obligations to the population and regions. Centrifugal processes will immediately begin in the national republics, the North Caucasus, removed from allowance, will again become a big problem. Protest activity will increase. All these are prerequisites for a coup d'etat, if not a revolution at all, and a real civil war. It would seem that Washington should start dancing, but no.

Russia is a nuclear power, its uncontrolled disintegration with the possible spread of arsenals in several newly emerged "republics" is definitely not in the interests of the United States. And where are the guarantees that new Bolsheviks will not suddenly come to power, who will start building the USSR-2 without fools and then show the Americans "Kuz'k's mother"? In general, Washington definitely does not need to "tear to shreds" our economy.
Reporterin Yandex News
Reporterin Yandex Zen
10 comments
Information
Dear reader, to leave comments on the publication, you must sign in.