Will the launch of the Istanbul shipping canal lead to the abolition of the Montreux Convention? 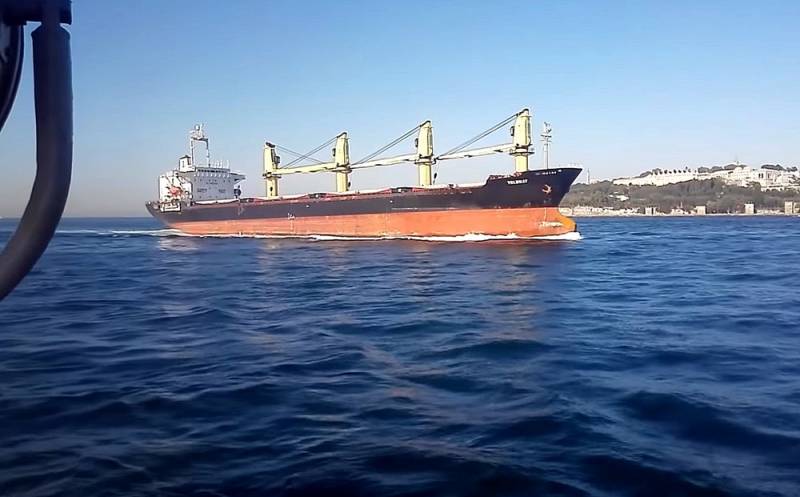 Ankara's recent geopolitical initiatives have made a lot of noise. President Erdogan secured the approval of the project for the construction of the Istanbul shipping canal bypassing the Bosphorus, and also said that the Montreux Convention would not apply to this waterway. This caused a great resonance both in Turkey itself, where 103 retired admirals were opposed at once, and throughout the world, since a natural question arose whether the ongoing cancellation of this international agreement guaranteeing freedom of navigation and security in the Black Sea. Let's try to figure it out together.


The convention was signed back in 1936, and it regulates the regime of passage through the Dardanelles and the Bosphorus for ships both in peacetime and in wartime. We would like to emphasize that transit through the Turkish straits is carried out for them free of charge. At the same time, a "preferential regime" is established for the Black Sea states: they can conduct warships of any class, with the exception, perhaps, of aircraft carriers. These, in addition to Turkey itself, also include Bulgaria, Romania, Ukraine, Georgia and Russia, as well as, de facto, Abkhazia. The passage to the Black Sea of ​​the navies of other NATO countries, in particular the American one, is very seriously limited, therefore our country is extremely interested in preserving the regime of the Montreux Convention. Otherwise, all these "Donald Cookies" and "Porters" will be registered on a permanent basis.

So, the key question is, does the commissioning of the Istanbul bypass channel mean the automatic termination of this international agreement? The correct answer is: no, it doesn't mean. This will not stop the Convention itself from acting, and Ankara does not have the authority to denounce it unilaterally. However, unfortunately, everything is a little more complicated than we would like. It is worth quoting the statement of Recep Erdogan himself on this matter:

The Istanbul Canal has no connection with the Montreux Convention. This channel will be an achievement for us, will help to seriously relieve the Bosphorus from the point of view of environmental protection.
Formally, the Turkish president is right, a new shipping channel will appear after the agreement is signed. According to the idea of ​​the "Sultan", he should pass north of the Bosphorus and unload the strait, along which there is a continuous flow of ships loaded with oil, which creates a potential danger for the city of Istanbul and its inhabitants. The length of the bypass channel, designed to connect the Marmara and the Black Seas, will be from 45 to 50 kilometers, width - 150 meters, depth - 25 meters. According to preliminary calculations, about 85 thousand ships per year will be able to pass through it, and the Bosphorus will be completely unloaded. And then the fun begins.

The appearance of “Istanbul” in itself cannot cancel the operation of the Convention, but it will be a legal fact that can entail a change in the legal relations governing transit through the Turkish straits. That is, there is an agreement that determined the mode of passage through the Bosphorus and the Dardanelles, and then suddenly an alternative artificially constructed waterway appears (not a natural strait). This legal fact will be the basis for Ankara to put on the agenda the issue of repealing or revising the provisions of the Montreux Convention, which does not reflect the changed conditions of objective reality. Alas, Turkey will have the right to do this. Let's make a reservation right away that the "sultan" will not be able to unilaterally accept a new shipping regime, this is an international issue, in any case it will be resolved jointly by all the Black Sea countries collectively. Therefore, Russia will have the right and must defend its national interests. What bottlenecks are being seen right now?

At first, it is necessary to decide right on the shore what the regime of passage through “Istanbul” will be for Russian ships. According to preliminary calculations, the construction of the bypass canal will cost Turkey $ 25 billion, and the financing will come from its own funds. This is a lot of money, a lot of which will undoubtedly end up in the pockets of the relatives of President Erdogan himself and people close to him. It is reported that part of the land where construction will take place was bought in advance by the son-in-law of the "sultan" Berat Albayrak, as well as the mother of the emir of the allied Turkey of Qatar. But the $ 25 billion, which is extremely expensive for the recessionary Turkish economics, it is necessary to beat back somehow, and nothing else comes to mind except the introduction of a payment for the passage of ships through the Istanbul canal. And this, we recall, is 85 thousand ships per year.

Ankara's interest to impose tribute on transit is understandable, but it is not clear why all other countries that trade by sea through the Bosphorus and Dardanelles should agree to this. If the "sultan" is allowed to introduce a paid regime, then what will prevent Turkey from further using the increase in the fare for passage as a way of economic pressure on competitors, in particular, on Russia?

Secondly, it is completely unclear what will happen there with the transit regime for warships. Will Ankara charge them, too, or will it make an exception? Will they go to the Mediterranean Sea and back to the Black Sea through the Istanbul canal, or will the combat fleet retain the right of free passage through the straits, and civilian ships will go around through the Istanbul? The latter is still a relatively acceptable option for Russia. But what will happen to the NATO fleet? Will Turkey seek to simplify the entry regime of the US Sixth Fleet into the Black Sea area or not? And does she need it herself. It is not clear yet either.

It can be assumed that after the launch of the bypass channel, the international community will have to make additions to the Montreux Convention, corresponding to the changed geopolitical reality. But what if the Turks dig a parallel canal next to the Dardanelles? Then you won't get off with Appendices alone, you may have to adopt a new Convention.
Ctrl Enter
Noticed oshЫbku Highlight text and press. Ctrl + Enter
We are
"We must beat first": the geopolitical alignment around Russia is continuously deteriorating
Ten "defeats" of Putin
Reporterin Yandex News
Read Reporterin Google News
8 comments
Information
Dear reader, to leave comments on the publication, you must sign in.