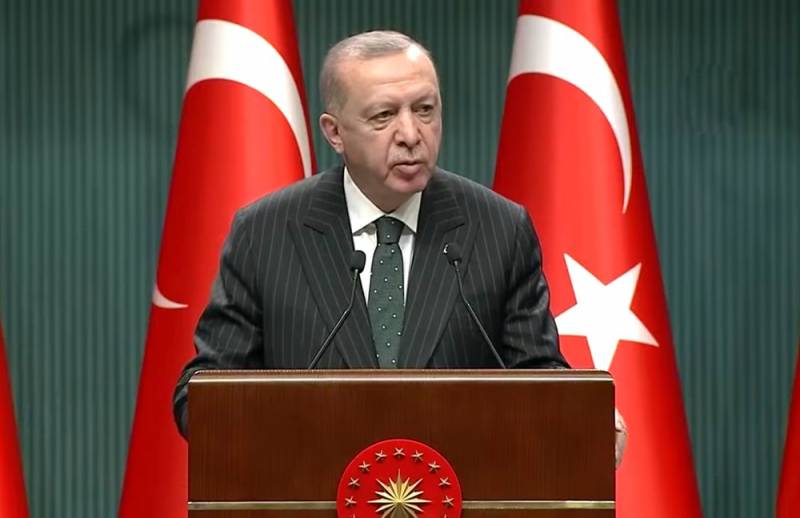 The projected Istanbul Canal, which is supposed to relieve the Bosphorus, will not be subject to the 1936 Montreux Convention. This was announced on April 14, 2021 by Turkish President Recep Tayyip Erdogan.


According to him, the new waterway will strengthen the sovereignty and independence of Turkey.

The Istanbul Canal has no connection with the Montreux Convention. This channel will be an achievement for us, will help to seriously relieve the Bosphorus from the point of view of environmental protection.
- he is quoted by the Turkish TV channel Haberturk.

The Istanbul channel project was proposed by Erdogan in 2011, when he was still prime minister. The channel should connect the Black and Marmara seas, passing north of the existing Bosphorus. Throughout this time, the Turkish leader has repeatedly made it clear that he does not like the Montreux Convention. But during this time he did not take any specific actions, hinting only that the passage through the Istanbul canal would be paid.

Erdogan wants to unload the Bosphorus and compensate for the $ 25 billion that will be spent on the construction of the Istanbul canal. However, the passage of merchant ships through the Bosphorus is free and free, therefore, the collection of money in the mentioned channel will be considered a direct violation of Art. 2 Montreux conventions.

March 27 Turkish Ministry of Environment and Urbanization approved zoning plan for the Istanbul shipping canal. April 5 Erdogan saidthat his country will continue to comply with the Montreux Convention "until a suitable replacement appears."

It should be noted that in 2016 another 20-year term of the Montreux Convention expired. In 2014, i.e. two years before the end of the next period, no one proposed to denounce it, so this international document was automatically extended for the next 20 years.

Note that the mode of passage of warships through the Bosphorus and Dardanelles straits is significantly different. According to the Montreux convention, the countries of the Black Sea region can navigate any ships through the straits, notifying Turkey in advance. At the same time, restrictions on class, tonnage and time spent in the Black Sea have been introduced for warships of non-Black Sea countries.

Currently, Erdogan is trying to amend the country's Constitution and remove an article that prohibits him from repealing international treaties recognized by the local parliament. In the event that Turkey refuses to comply with the Montreux Convention, the borders of this country, which have existed since 1921, the moment of the signing of the Moscow Treaty (“the Treaty of Friendship and Fraternity), may be questioned.

Given the resonance, the Turkish authorities had to give an official explanation on this matter. On April 15, Turkish Foreign Minister Mevlut Cavusoglu said in an interview with NTV that his country is going to implement the Montreux Convention in full.

We, as before, continue to comply with the Montreux Convention. It clearly limits the mode of passage of warships. We continue to use it, no one needs to worry about this.
- summed up the Turkish minister.
Reporterin Yandex News
Reporterin Yandex Zen
5 comments
Information
Dear reader, to leave comments on the publication, you must sign in.