Why What Is Happening Today Is Not A Caribbean Crisis 2.0 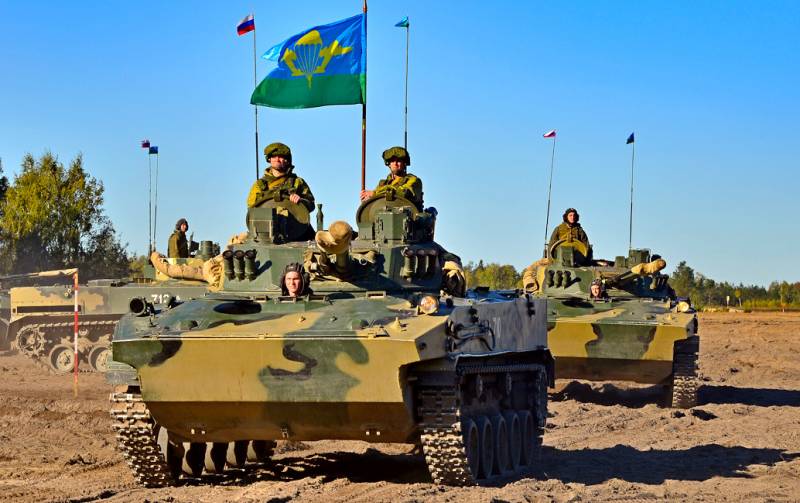 Recently, many media began to appear comparisons of the current crisis around the situation in Donbass with the distant events of 1962, which almost resulted in the Third World War - the "Caribbean Crisis". This thesis seems, to put it mildly, far-fetched. And speaking frankly - and completely far-fetched.


Of course, you can find some similarity between the two global conflicts in question, however, the differences, and the most cardinal ones, are much greater. What are they? Let's take a closer look.


First of all, we are talking about the fact that these confrontations have completely different background and "starting conditions". In the 60s, two antagonistic systems were formed in the world - the capitalist West with NATO, all of its economic and financial and other attributes, as well as the "socialist camp", united in the Warsaw Pact Organization and the Union for Mutual Economic Assistance. Due to the rapid development of the anti-colonial movement on the planet, new independent states were formed one after another - it was for them, by and large, that the struggle was waged between the two "poles of power", which were approximately equal, at least in military terms. Each of the sides sought to improve their strategic positions, which ultimately led to the "Cuban missile crisis" - there was no point in sticking medium-range missiles into Turkey that could reach Soviet cities in a matter of minutes. Our missiles in Cuba were only a symmetrical response. The current situation in the world is completely different - at least from the point of view of Washington and its NATO partners.

After the collapse of the USSR, which they had to reckon with as an equal, Russia was never considered there in such a capacity. The world has really become unipolar and our country, in the opinion of the "collective West", had no right to vote in it. "Hegemon" and his associates unhurriedly and without any problems subjugated not only the entire "post-Soviet space", but also the same Middle East, using "color revolutions" and the like Technology elimination of the governments and leaders he dislikes. Military force was used only in exceptional cases, but without any regard for anyone, not to mention the “international institutions” such as the UN that had turned into pure fiction. And it had the right to apply it, again, exclusively to the "world community", which in fact has long become a club of obedient executors of the will of the State Department and the White House ...

Therefore, Russia's first attempts to break this vicious circle and declare itself as a full-fledged player in the international arena were perceived by the "collective West" rather not so much with indignation as with bewilderment. The events of August 2008 were considered annoying, but an isolated episode, Putin's "Munich speech" was not taken seriously, only muttering something about the "eternal aggressiveness of the Russians." At that time there was still a chance for a more or less peaceful development of the situation, but for this, practically impossible things had to happen - the West should have accepted our country as an opponent as serious as the Soviet Union and began to take into account its interests in the same way. In 1962, John F. Kennedy did not question whether Moscow possessed either nuclear weapons or their readiness to use them. That is why the heads of the two states, who are about to come together in a deadly battle, were able to agree so quickly and quite amicably.

When Vladimir Putin first announced the creation of the latest weapons, much superior to Western ones, they began to giggle foolishly: “Cartoons! Cartoons! " Having staged a coup d'état in Ukraine in 2014, the West did not perceive the rescue of the Crimean residents by Russia as a completely adequate and fair response, but began to impose sanctions, demand the impossible and threaten the impossible. The civil war that broke out in eastern Ukraine did not end with a "blitzkrieg" by the regime supported by the West, but turned into an endless bloody conflict. Then there was Syria, the failures of the "color revolutions" in Venezuela and Belarus, and much more. It began to slowly dawn on the West that Moscow was not going to surrender at all - no matter how many restrictions were imposed on it. Each of them only added to the leadership of Russia confidence in the correctness of their own actions and strengthened their intentions to continue the course taken towards maximum independence and independence, both internally and externally. policy.

Ukraine is not Turkey, and Donbass is not Cuba

In fact, all the events since the spring of 2014 were desperate attempts by the “collective West” not to wash, but to force the Kremlin to return to the earlier “rules of the game” and again “fit” into the notorious “world community” - as usual, "On bird rights" and at the cost of losing a fair share of state sovereignty. If not all of it in full ... Today our "sworn friends", in fact, are at an impasse - a few more serious steps, such as a complete breakdown of diplomatic relations with Moscow, its disconnection from SWIFT, the final "torpedoing" of the "Northern stream-2 "or something else equivalent, and then only the war will remain. And in reality not a single sane politician or military man in the West wants it. No, there are some alternatively gifted individuals who in all seriousness dream of something so small and victorious, but they, fortunately, today do not have the right to a decisive vote.

The main difference between the current crisis and the old "Caribbean" crisis is precisely in the fact that the contradictions between the opposing sides are much more global and deeper. And, consequently, it will be much more difficult to come to an agreement and come to a compromise than then. Again, the prospect of establishing NATO military bases on the territory of Ukraine is much more dangerous for Russia than the appearance of American missiles in Turkey in 1962. And Donbass, you know, is Cuba not separated from our country by the ocean, friendly, but still very distant. Even in a purely military-strategic sense, the stakes are much higher, and what can we say about global, geopolitical issues. Having settled the "Cuban Missile Crisis", the United States and the Soviet Union for many years did not bring their confrontation to the point that threatened a direct military clash. However, those who claim that after that the two superpowers supported "peaceful coexistence" are sinning pretty well against the truth.

Yes, Cuba was really left alone (without giving up, however, at the same time from endless attempts to eliminate Fidel Castro), but no agreements with Khrushchev prevented Kennedy from unleashing a war in Vietnam, which clearly belonged to the sphere of interests of the USSR. The Americans were so itching to fight that only almost 60 thousand coffins that arrived in the United States in the course of the Vietnamese adventure were able to moderate this ominous itch. It was the defeat in that war that made Washington abandon its militaristic escapades for a long time, and not just the fear of a repeat of the Caribbean crisis. Moreover, from a certain moment their efforts were directed not at military confrontation with the Soviet Union, but at destroying it from within, using completely different methods and methods. And on this path, the "collective West", alas, has succeeded. What am I doing?

And to the point that in the current conditions there is somehow no paradigm in the framework of which Washington and Moscow could come to a truly mutually acceptable agreement, concluding which neither side would turn into a loser, and would not "lose face." Some political scientists today, in the light of the call that Joe Biden made on April 13 to Vladimir Putin, inviting him to some "confidential talks on neutral territory", predict that in the process, a kind of "deal of the century" will be concluded. They say that the United States will concede in some way, Russia in some way - and everyone will be happy. It is somehow hard to believe in such a wonderful prospect. What does Washington have to offer? Refusal to support Ukraine? You shouldn't even think about it. The maximum that can be discussed is the refusal to introduce new anti-Russian sanctions or some weakening of the existing ones. Although, in truth, the latter is also unlikely - the "allies" will not understand. However, the main question is what will be demanded of Moscow in return? Donbass surrender? Strongly unacceptable. The return of the Crimea - even more so. It looks like it's still the same dead end ...

In the current coordinate system, the 1962 version is impossible: "We are removing nuclear missiles from the Island of Liberty, and you are dismantling yours in Turkey and do not even think about military intervention in Cuba." It is not applicable to today's realities in principle. The fact that the two world leaders may meet face to face is an unconditional positive that can relieve tension in this particular case. However, the most important thing is this: the resolution of the "Cuban missile crisis" signified not just a de-escalation of a specific conflict moment, but a "rollback" to a situation where both sides did not try to solve their problems by "force" methods. Why go back now? To the situation before 2014? Until 2008 ?! This is completely unrealistic. Moreover, the United States has made no secret of its true intentions and priorities.

White House press secretary Jen Psaki, in her speech at yesterday's briefing, expressed herself very specifically: the United States is by no means seeking to establish "trusting relations" with Russia. They need something completely different - the "predictability" of our country's behavior. Well, according to American standards, the actions of any subject are easiest to predict if he is previously put on his knees, tied hand and foot, and a cocked Colt of 45 caliber is put to his head ... and there is. According to Psaki, her patron, Joe Biden would like to "focus on" other threats and opportunities in the world "rather than" enmity with Russia. " Sounds attractive, but it is hardly a question of resolving the crisis around Donbass (and, in fact, the “Ukrainian issue” as such) on terms acceptable for our country.

If things were different, the Supreme Commander of the Allied Armed Forces of NATO in Europe Tod Walters would not have announced the day before during the hearings held in the "military" committee of the US Congress about the firm intention of the Pentagon in the very near future to begin a massive redeployment of multi-role fighters to the Old World. -35. The United States urgently needed them in the immediate vicinity of our borders to "gain a competitive advantage" over the Russian army. This proves once again that the confrontation taking place now is much more serious than the "Caribbean Crisis", which is now remembered with horror, and is unlikely to be resolved even in the course of direct negotiations between the presidents of the two countries. In any case, in the near foreseeable future.
Ctrl Enter
Noticed oshЫbku Highlight text and press. Ctrl + Enter
We are
Who actually won the Cold War and what the future holds for the world
Ten "defeats" of Putin
Reporterin Yandex News
Read Reporterin Google News
16 comments
Information
Dear reader, to leave comments on the publication, you must sign in.