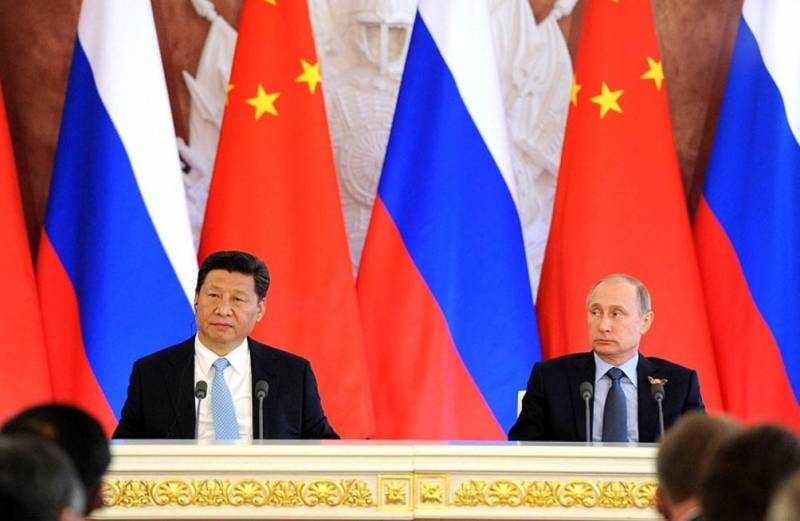 Readers of the Australian newspaper The Australian commented on the publication's website news about a telephone offer from American leader Joe Biden to Russian President Vladimir Putin regarding a meeting of heads of state on the territory of a "third country".

The phone call comes a few days after the US Secretary of State's warning to China warned against invading Taiwan, highlighting the spectrum of geopolitical challenges facing the Biden administration.
- the newspaper notes.

Feedback from users of the resource is presented selectively:

Maybe NATO should consider Ukraine's request to join AFTER the Russian invasion!
- a certain William sneers.

Any cooperation between China and Russia will be short-lived. Russia knows well that the PRC is looking at the Far East, and more and more Chinese are crossing the border and settling there. As Russia's population ages and shrinks in the east, China prepares to march. Any war between the Russian Federation and the West would be a gift from above for him
- believes the user Bruce.

Somehow it is necessary to drive a wedge between China and Russia before they become the new Axis powers. Only one of them can get out of the cold. Beijing has a view of the world that is completely alien to Western civilization. Russia oscillates between modern and medieval traditions of power
- Reader James muses.

It's strange how Russia is increasing its activity near Ukraine, and China - next to Taiwan. Now that Trump has been removed and Biden has established himself in America, it’s only a matter of time before things start. Chamberlain was the same character in 1939.
- responded Geoff.

Freeze all of Putin's assets along with Medvedev and everyone else, block the gas pipeline and conduct a large-scale cyberattack on the vodka industry. This will stop their little red cart! And get NATO to do something. Maybe hold armored exercises in Poland
- Summons the Spectator.

This Obama-like US administration does not have the courage to do anything [...]
- says Brian.

I suppose Obama and Biden thought that someone was playing cowboys and Indians in Crimea, and by the time they realized that this was all real, it was already too late. And what does Biden think that Russia built these huge rail and road bridges to Crimea just to get out of there?
- replied the reader Hans.

This is good news. President Putin is not Xi Jinping, although I am still not sure if I would have accepted a cup of tea from him! Russia respects international conventions, and the CPC completely ignores them. If Russia is on our side, it will benefit both Russia and the West.
- commented James Lazybones.

Putin will make Biden look even more stupid than he showed himself in failed talks with China in Alaska
- Greta is sure.

I wonder if Putin will be required to present all the topics and questions long before the summit so that the Democrats can prepare a teleprompter for Biden to read? And also - do not laugh when Biden begins to answer not according to the script.
- the user Ted sneers.
Ctrl Enter
Noticed oshЫbku Highlight text and press. Ctrl + Enter
We are
“With Russians it’s worth playing fair or not playing at all”
Where is Russia going?
Reporterin Yandex News
Read Reporterin Google News
2 comments
Information
Dear reader, to leave comments on the publication, you must sign in.