To supply water to Crimea, you will have to do the same trick as with Siemens turbines 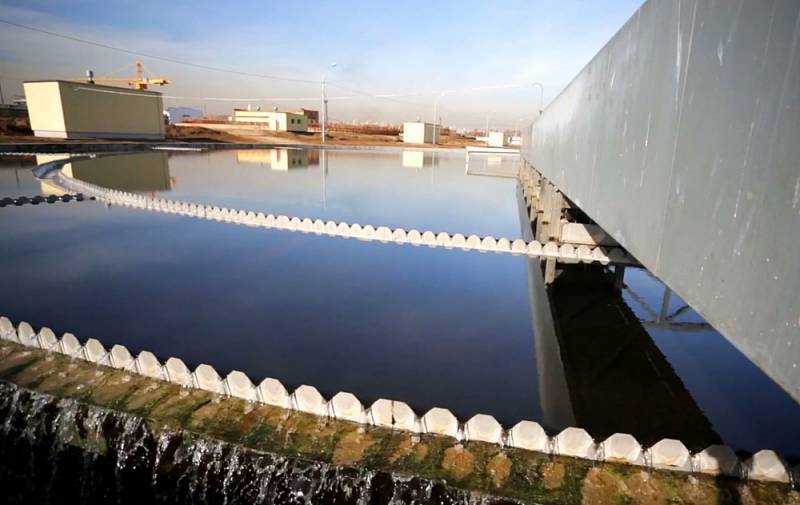 Spring 2021 comes into its own. It is warm, the snow has melted almost everywhere, and the rains have passed. And it turned out that the problem of water supply to Crimea is still very urgent, despite the range of measures being taken. According to TASS, according to local authorities, there will be enough water in the reservoirs of the peninsula for only 140 days. Its supply is carried out strictly in accordance with the schedule, for several hours a day, which can hardly be called a competitive advantage of the resort region. Ukraine has already hypocritically reacted to this information, which created problems for the Crimeans by blocking the North Crimean Canal.


Recall that Kiev in 2014 stopped the supply of water from the Dnieper to the peninsula, effectively destroying such a type of agriculture as rice growing on it, as well as creating the prerequisites for an environmental disaster at the dangerous chemical enterprise Crimean Titan, which occurred in 2018 in Armyansk. Just a few days ago, the Ukrainian leadership made an unexpected "conciliatory step" by giving the go-ahead for the supply of water to Crimea by "cisterns and barrels". We deliberately put it in quotation marks, since Kiev linked this with the actual legitimization of the presence on the peninsula of the so-called "Crimean Platform", a kind of interstate organization designed to mediate the "settlement", as well as put pressure on Moscow on the "voluntary return" of the peninsula to Ukraine.

This initiative has already been reacted in the State Council of the Russian Federation, the chairman of the committee on public diplomacy and interethnic relations of which Yuri Gempel said with disapproval:

The participation of Ukraine or any international institutions in the work to provide the Crimea with water is not necessary.
In general, there will be no Ukrainian water in Crimea, only Russian. But it has long been obvious that a sufficient amount of it can be provided only through desalination of the sea. Several sites for the construction of desalination plants have already been selected, but is Moscow able to independently solve this technological task? The head of Ukrainian diplomacy Dmitry Kuleba warned that Kiev, together with the American CIA, will identify foreign companies that Russia will try to involve in the construction and subsequent operation:

There was a statement by the illegal occupation "authority" of Crimea to attract a large international company to implement the technology of water desalination. We will definitely find this company and will interfere with its implementation of this project.
First of all, it must be pointed out that there are two main methods of desalination of seawater: thermal and physical. In the first, water evaporates, and then fresh water condenses, in the second, it passes through special synthetic membranes that retain salts. Both methods require special equipment, consumables and are very energy intensive. Their use is most in demand in the Middle East, as well as in Australia, the southern states of the United States and Spain. Desalination technologies are practiced in Germany, France, Israel, Spain and South Korea. For example, the French concern Suez, one of the world leaders in desalination technologies, recently acquired a plant for the production of reverse osmosis membranes from the German company Lanxess. Without restrictive measures, Western and Eastern producers would obviously gladly work on the Russian peninsula. However, Crimea is under sanctions; back in 2014, a ban was imposed on the supply of "pumps that pump liquids" there. As they looked into the water ...

So, you shouldn't seriously count on foreign companies. However, there are some own developments in the field of desalination in our country, which we are talking about in detail. told earlier. First of all, the State Atomic Energy Corporation Rosatom has competencies and experience in this area, which during the Soviet period built a nuclear power plant on the Caspian coast of Kazakhstan in the city of Shevchenko (now Aktau), at which a desalination unit was operated from a unique fast neutron reactor (BN-350) sea ​​water in the first way. And after the Kazakh authorities closed the Shevchenko nuclear power plant, our other state corporation, Rosatom, represented by the Moscow center named after Keldysh, developed and built the first Caspian desalination plant in the post-Soviet space, using membrane purification technologies. The capacity of the installation is 20 cubic meters of drinking water per day, but it is planned to increase it to 000. Therefore, we are not so dense and backward as we are usually portrayed.

Russia is quite capable of the task, but there are important nuances. First, there are hardware questions. It is possible that some of the items that Rosatom used in its work were imported, so the production of such equipment will have to be localized. Since the problem of the Crimean water supply is urgent, it may have to be imported, bypassing the sanctions, through gasket firms. Kiev, for its part, warned that, together with American intelligence, it would try to prevent the same trick that was already done with the Siemens turbines. Obviously, specialized equipment bought according to such schemes with many intermediaries will cost a pretty penny. Secondly, even with it in hand, the process of building a desalination plant will take at least two years, as is established in international practice. Third, the powerful pumps used in membrane technology consume a lot of energy. There are estimates, according to which the cost of consumed desalinated water for the Crimeans can almost triple. It is clear that Moscow will not be able to put such an additional burden on them, so the increased tariff will have to be compensated for by subsidies from the federal budget.

Yes, it is long, difficult and expensive, but what to do? We'll have to decide.
Ctrl Enter
Noticed oshЫbku Highlight text and press. Ctrl + Enter
We are
Bypass plumbing: the Kremlin may send the Dnieper past Ukraine
Peace enforcement operation. Russia inflicts a preemptive strike on Kiev
Reporterin Yandex News
Read Reporterin Google News
22 comments
Information
Dear reader, to leave comments on the publication, you must sign in.