How Russia will provide a no-fly zone over Donbass 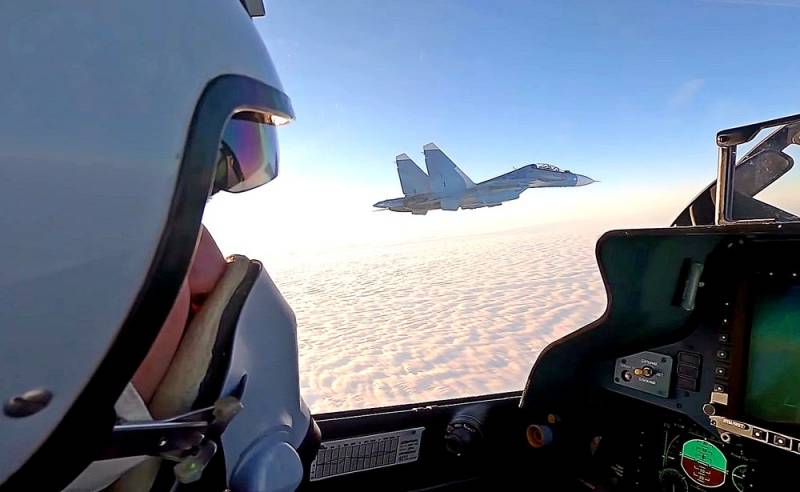 In modern warfare, in order to achieve a confident victory, it is necessary to gain air supremacy, which is achieved through the Air Force and Air Defense Forces. One of the forms of ensuring such dominance over the enemy is the creation of the so-called no fly zone, or "no fly zone", as has already been done by the interventionists in Iraq and Libya. But is it possible to organize a no-fly zone over Donbass from the Russian side?


The question is not entirely idle. Unlike Kiev, the DPR and LPR do not have their own combat aircraft. The Armed Forces of Ukraine are armed with heavy supersonic fighters Su-27 and multipurpose MiG-29, front-line bombers Su-24 and armored attack aircraft Su-25. What is no less unpleasant, now the Ukrainian army has at its disposal Turkish-made Bayraktar UAVs, carrying four anti-tank missiles on a suspension. The experience of the Karabakh war, where combat aircraft were not used at all, showed that complete superiority even in unmanned aircraft alone was sufficient to completely defeat the enemy, which ensured Azerbaijan's victory over Armenia.

As we know, Kiev has already purchased several dozen Bayraktars, which in itself can become a big problem for the Donbass militia, not to mention the numerical superiority of the Ukrainian Armed Forces. If the Fortune forces also join the battle, Ukraine's superiority over the two unrecognized republics in the air will be total. In order to somehow equate Kiev with Donetsk and Lugansk, Russia, "apparently" will have to unilaterally introduce a no-fly zone over Donbass. How can the RF Ministry of Defense achieve this?

At firstRussia will have to keep the entire airspace over Ukraine under close scrutiny. Domestic early warning radars "Voronezh" operate at a distance of 4000 to 6000 kilometers and leave no chance of escape not only for ballistic and cruise missiles, but also for potential enemy aircraft flying at high altitudes. The radar station closest to Donbass is located in the Krasnodar Territory in Armavir, "shining through" the sky over Ukraine. The next radar station of this family is being built already in Crimea, but it will be put into operation only in a few years. The over-the-horizon container radar with a range of 3000 kilometers can close the airspace below the Voronezh range. From Mordovia, she looks through all of Ukraine at a glance. But what about Ukraine, it "sees" even Great Britain.

These are all stationary radars, which are the most important component of our missile attack warning system. And at the disposal of the Ministry of Defense of the Russian Federation there are interspecific mobile radars 55Zh6M "Sky-M". They can detect even small objects and targets created using of technologies Stealth. The very thing against attack drones and stealth fighters. The stations are mobile, their range of action reaches 700 kilometers. They can be either adjusted to the Russian border and monitored by the Ukrainian sky, or, if necessary, redirected to the Donbass.

Secondly, The RF Ministry of Defense should be ready to "land" any uninvited aircraft, manned and unmanned. To combat the Turkish UAV "Bayraktar" in the DPR and LPR can be deployed mobile complexes of electronic warfare "Krasukha", which are capable of jamming the control signal of attack drones. Probably, this is the most humane way of countering the Midwife forces. The rest are no longer so merciful.

The Russian S-400 Triumph air defense systems deployed in Crimea will be able to reliably block the airspace over Donbass and adjacent areas. The range of destruction by anti-aircraft missiles is 400 kilometers, so they will be able to cover the western border of the DPR and LPR. The eastern one will be blocked by the S-300 air defense missile systems located in our Rostov region. Together "Triumphs" and "Favorites" are able to close the skies over Donbass for any aircraft, both Ukrainian and NATO. However, for Turkish-made strike UAVs, their power will be clearly excessive. A combination of Pantsir-S1 anti-aircraft missile and cannon systems and Buk air defense systems, which proved to be excellent against Bayraktars in Syria, will be quite enough. It would be expedient to transport them to the territory of the DPR and LPR.

Finally, an effective means of ensuring the "no fly zone" regime will be Russian aviation, which is capable of both shooting down enemy aircraft and forcing them to land when it comes to aircraft. The 27th Mixed Aviation Division, stationed in Crimea, will probably be involved. It has fighters at its disposal that will allow it to control the airspace within a radius of one and a half thousand kilometers from the territory of the peninsula. These are the Su-30SM, 4 ++ generation multirole fighters, designed specifically for air supremacy. This goal is achieved largely due to the extremely high maneuverability of the winged vehicle. If the R-37M long-range missile is suspended on a fighter, its actual combat radius will grow to almost 2000 kilometers. Neither the Midwife forces, much less the Bayraktars, have nothing to catch against the Su-30SM.

Thus, in the presence political the will of the Ministry of Defense of the Russian Federation is capable of unilaterally completely closing the skies over the Donbass and all adjacent Ukrainian regions.
Ctrl Enter
Noticed oshЫbku Highlight text and press. Ctrl + Enter
We are
"We must beat first": the geopolitical alignment around Russia is continuously deteriorating
Ten "defeats" of Putin
Reporterin Yandex News
Read Reporterin Google News
14 comments
Information
Dear reader, to leave comments on the publication, you must sign in.