When the presidential Il-96-300 can become a "people's plane" 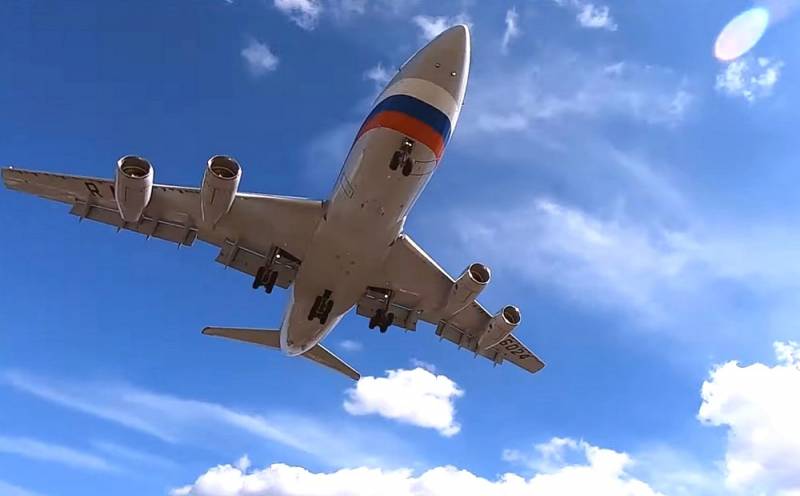 Three decades of "market reforms" have led to the fact that the Russian sky is almost completely owned by the Western corporations Boeing and Airbus. The events that followed the Ukrainian Maidan in 2014 showed the perniciousness of such an addiction. Today, the domestic civil aircraft industry has embarked on the path of revival. In the short-haul segment, the stake is made on the completely "import-substituted" Sukhoi SuperJet New, in the mid-haul segment - on the promising MS-21. How can we respond to the challenges of the time in the long-haul segment?


In this direction, there is a project of a joint Russian-Chinese liner CR929, but its main production will be in the PRC, so let's take it as a parenthesis. But since Soviet times, Russia has already had a ready-made wide-body Il-96 airliner, which is successfully used by President Vladimir Putin himself, as well as Defense Minister Sergei Shoigu. Is this not an advertisement for the reliability of an aircraft that is trusted to transport the country's top officials? What prevents the start of commercial operation of the updated Il-96-400M?

First, let's say a few words about Board # 1. The presidential Il-96-300PU was created in Voronezh by special order. Technically, this is a very reliable car, equipped with four engines, completely assembled from domestic components. Flying on the Il-96, President Putin can perform several tasks at once.


At first, this is the real air command post of the head of state, as indicated by the PU letters in the name of the aircraft. From it, the president can lead the country and make strategic decisions promptly, right up to the start of a nuclear war. At the same time, its safety is ensured by the President-S complex, which is supposed to protect the Board No. 1 from being hit by aviation and anti-aircraft missile systems. More detailed information on this issue is classified.

Secondly, this liner, made by special order, is a real "flying Kremlin". The salon, where the president can receive representatives of foreign states, is richly decorated with works of the best masters in jewelry and engraving. This makes the Il-96-300PU a unique and very expensive aircraft.

Thirdlyusing it, the president emphasizes that Russia is still a member of a very narrow club of aircraft-building powers capable of producing long-haul airliners. Others prefer the products of the American Boeing or the European Airbus.

Having dealt with the wonderful presidential aircraft, it remains to understand why the rest of our country does not fly on its own wide-body aircraft. Indeed, the Il-96 is very reliable, made from domestic components, and uses time-tested Russian engines. Why did the national airlines refuse to operate it in favor of American and European liners?

The answer lies in commercial inefficiency. Unlike Boeing and Airbus of the corresponding class, our Il-96 is equipped with not two, but four aircraft engines. Since there are twice as many power plants on it, the operating costs are correspondingly higher. What is insignificant for "Board No. 1" and other aircraft of the special flight unit, it is critical for the profitability of the air carrier business. That is why the remarkable Il-96 is produced in small batches. But is it possible to somehow rectify this situation and make our long-haul liner competitive with American and European ones?

In fact, certain steps are already being taken in this direction. First of all, we should mention the development of an updated version of the liner under the Il-96-400M index, which was launched in 2017. Its fuselage was lengthened by 10 meters, which increased the passenger capacity to 400 people. This is already comparable to the European A330-300, which, depending on the layout of the cabin, can carry from 295 to 440 passengers, as well as the American 777-200, which can take on board from 305 to 440 people. Not bad at all.

However, the installation of two more powerful PD-96 engines on the Il-400-90M instead of the four PS-1A35 engines can completely change the picture. This is a promising double-circuit turbofan aircraft engine with ultra-high thrust from 33 to 40 tons on takeoff. In fact, this is a scaled and enhanced version of the PD-14, which has already been certified for the MC-21 medium-haul liner. The development of a new power plant began in 2016, a demonstrator is expected in 2023, and the first Il-96-400M with a PD-35 can fly in 2025. Serial production of PD-35 should begin in 2028. This super-powerful engine will be installed both on the updated domestic Il-96 and on the joint Russian-Chinese CR929.

Therefore, by about this time, our country will be able to get its own 100% national wide-body long-haul airliner, which will fully meet all modern requirements. And this is very good.
Ctrl Enter
Noticed oshЫbku Highlight text and press. Ctrl + Enter
Reporterin Yandex News
Reporterin Yandex Zen
39 comments
Information
Dear reader, to leave comments on the publication, you must sign in.