The bottom is not reached: Why relations between Russia and the United States are deteriorating every day 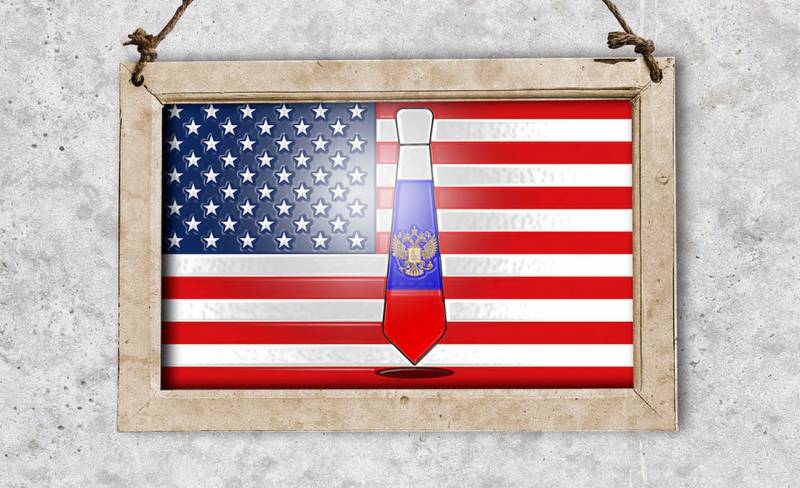 On April 8, US State Department spokesman Ned Price, touching upon the topic of Russian-American interaction during a briefing, said that it was "the Kremlin that brought instability into bilateral relations, including through its harmful actions." Price also recalled that in accordance with Biden's February statements, "Russia will be held accountable for its actions," and that Biden, as a "man of his word," will also "remind you of his promise."


All these statements, taking place against the backdrop of an unprecedented deterioration in relations between Moscow and Washington since the Cold War, openly demonstrate to the whole world that the United States under the new administration not only does not want any stabilization of relations, but, on the contrary, seeks to further escalate the contradictions between the two. countries.

Obviously, the key problem, due to which the United States is taking an increasingly aggressive position, is the growing influence of the Russian Federation in the international arena. The American establishment, whose mouthpiece is Biden, apparently believes that the situation has gone too far and sanctions alone will not be enough to "contain" Russia.

The fact that Russia's successes have a negative impact on relations with the United States is becoming more evident from year to year. In order to understand this, it is enough just to turn to the recent history of the Russian Federation. The warmest, if not to say "friendly" attitude towards Russia in the United States developed during the 1990s, when the country was in a state of collapse close to it. The difficulties caused by the transition period led to economic, political, military and humanitarian crises that unfolded not only on the territory of Russia, but also on the entire post-Soviet space. And this is exactly the state of affairs that many policy in the United States they were glad to observe, enthusiastically discussing the development of democratic values ​​in Russia through the mouth of Bill Clinton, while the people in the country simply had nothing to eat.

After all, weak, drained of blood by the "greatest geopolitical catastrophe of the XNUMXth century," Russia was an extremely convenient example for demonstrating the alleged generosity of the American side, which sought to show the world its support for the course of the young reformers. Shock therapy, voucher privatization, loans-for-shares auctions - behind all these fateful decisions for the country, in one form or another, were American consultants who helped the teams of Gaidar, Chubais and others like them "correctly" build a market the economy... What this all led to today has long been known. In less than ten years of liberal reforms in the country, there were obvious: the collapse of the military-industrial complex, degradation of industrial production, total impoverishment of the population and the growth of social inequality.

And by rare coincidence, it was at this very time that NATO began expanding eastward - a de facto open, consistent campaign to destroy the remnants of Soviet influence in Europe and consolidate its status as the winner of the Cold War.

The expansion began on March 12, 1999 with the former Warsaw Pact countries - Poland, the Czech Republic and Hungary, and just five years later - in 2004, the North Atlantic Alliance made its largest expansion in its entire period of existence due to the simultaneous accession of Bulgaria, Latvia, Lithuania, Romania, Slovakia, Slovenia and Estonia to join it. By taking such steps, NATO sought to maximize its position in the Baltics and Eastern Europe, including in order to accelerate the strategic deployment of its troops near the Russian borders. The fact that this undoubtedly led to an increase in tensions in Europe was of little concern to the politicians and functionaries of the alliance, because the main thing for them was to successfully seize the moment and weaken the position of Russia as much as possible. And all this was done despite a number of assurances and promises given to the late Soviet leadership, the essence of which was that NATO would not expand eastward.

Returning to the events of the late 90s, is it any wonder that, just twelve days after the Czechs, Hungarians and Poles joined the alliance, on March 24, 1999, NATO began bombing Yugoslavia? Less than two weeks that separated these two events, from a geopolitical point of view, represent an negligible time, so that the overwhelming majority of politicians were clear that this was not an accidental turn of events, but a tough and cold-blooded calculation. For example, Prime Minister Primakov, who was flying on an official visit to the United States, learned about this already on board the plane and, in protest, ordered it to be deployed in the skies over the Atlantic - a step, according to many experts, that returned Russia to the international arena.

At the same time, speaking of NATO in the context of Russian-American relations, it should be understood that, with the exception of a short period of disagreements and frictions that developed during the presidency of Donald Trump, NATO and the United States act as a single organism, in which the latter play the main role, using the Alliance as an instrument of geopolitical influence. An instrument previously directed against the USSR, and now against Russia.

It is important to understand that in addition to military-political methods of struggle, there are also economic ones, which the United States, still the first economy in the world, is well aware of. It is also known that the sanctions against Nord Stream 2, the first package of which was introduced back in 2019, are losing their effectiveness, forcing the Biden administration to look for other ways to achieve its goals.

One of these ways will be the creation of a separate post of the US special envoy for "Nord Stream 2" - another consolidation of the tough anti-Russian policy in the United States at the state level. According to the American publication Politico, citing its sources, the new appointee will be given only one task - "to stop the construction of the gas pipeline." According to the newspaper, it is planned to appoint Amos Hochstein, the former head of the department of international relations in the field of energy and the Bureau of Energy Resources of the US State Department, who held these positions during the presidency of Barack Obama.

According to the materials of the US State Department, in his previous position, Hochstein was engaged in the fight against the use of energy resources as levers of political pressure, specializing in particular in imposing sanctions on Iranian oil companies. Simply put, he was doing exactly the same thing that is planned now - causing economic damage to countries that the United States identifies as opponents in the international arena.

However, in fairness it should be noted that at the beginning of Obama's first term, there were still faint hopes for an improvement in Russian-American relations. In 2009, the newly minted US Secretary of State Hillary Clinton, during the first bilateral meeting, presented Lavrov with a big red button as a symbol of the new American administration's desire to reset relations with Moscow. However, American diplomats made a mistake, and instead of the word reset, the button said “overload”.

“You are mistaken,” Lavrov said then. "You should have written" reboot "here, but you used a completely different word." Clinton laughed in response and assured that she would do everything to prevent an "overload" in Russian-American relations. Alas, today, twelve years later, we know what came of it, and “overload” instead of “reboot” takes on a special symbolism.

On the whole, the American administration can “reboot” an infinite number of times. New restrictions and sanctions could be introduced, special envoys appointed and diplomats expelled. It is important to understand something else. Today Russia is no longer what it was in the 90s. Today Russia is quite capable of standing up for itself. Including in the international arena. And the unipolar world that developed after the collapse of the USSR, one way or another, comes to an end. The only question is what it will be.
Ctrl Enter
Noticed oshЫbku Highlight text and press. Ctrl + Enter
We are
Who actually won the Cold War and what the future holds for the world
Ten "defeats" of Putin
Reporterin Yandex News
Read Reporterin Google News
18 comments
Information
Dear reader, to leave comments on the publication, you must sign in.