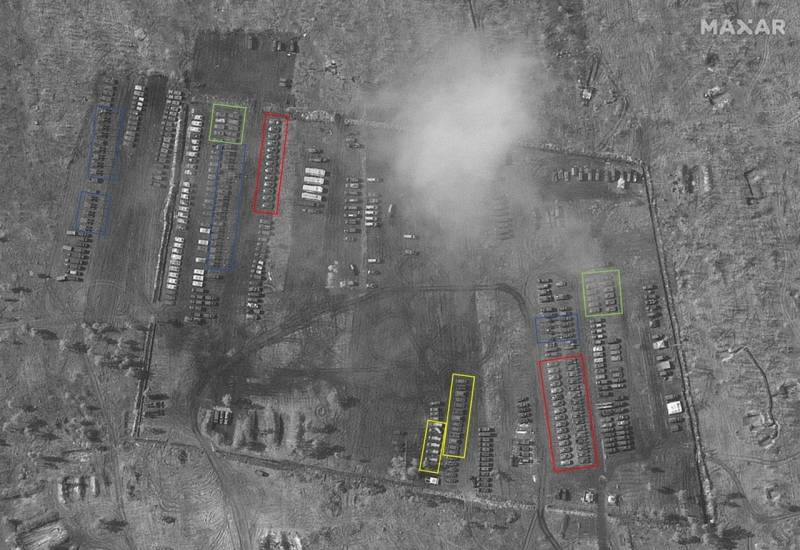 After emergence In the network of satellite images of a field camp of the Russian army in the Voronezh region near the border with Ukraine, many military experts were interested in what types of weapons were transferred there. One Western blogger managed to establish the approximate composition of the Russian group.

It looks like we have a tank battalion and a tank company, a 2S3 Akatsiya battalion (152 mm self-propelled guns) and 2 battalions 2S19 Msta-S (152 mm self-propelled guns), possibly one Msta-B battery (towed 152 -mm howitzer), battery MLRS BM-27 "Uragan", battery TOS-1A "Solntsepёk", 1-2 motorized rifle companies with infantry fighting vehicles, transporters for tanks, etc.
- managed to make out Rob Lee, reporting this on his Twitter account, making it clear that the list is not complete.

Although we've seen them on video lately, isn't the BM-27 obsolete?
- asked him Φάνης Ουγγρίνης.

They are, of course, old, but they do their job well enough.
- answered him GreenSpike.

Yes. They are quite good, especially in the context of the conflict in Donbass. And there are many modifications that make this weapon system even more deadly.
- confirmed Juliusz Sabak. 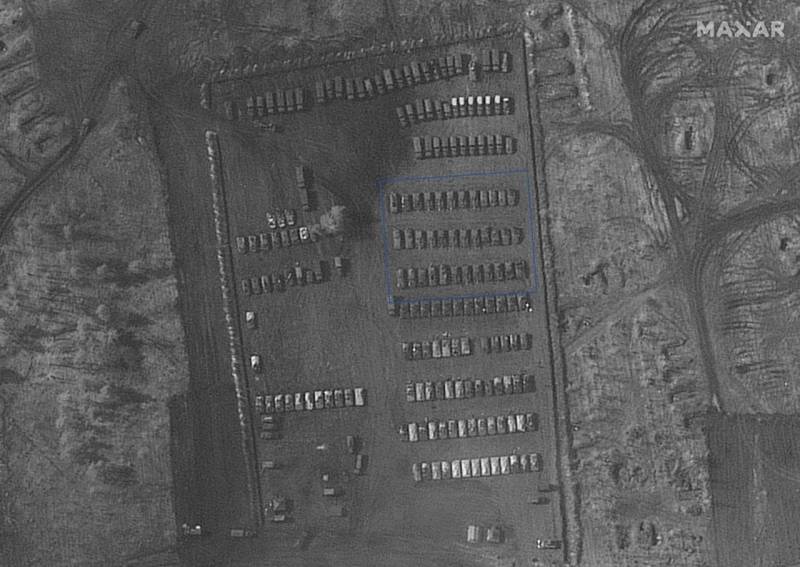 Note that after Ukraine moved its troops to the Donbass and Crimea, the West suddenly discovered for themselves that Russia possesses a large and efficient army, which it can quickly deploy to anywhere in a huge country in a short time. Strongest of all Western politicians worried about the movement of Russian troops across the territory of the Russian Federation. For some reason, the movement of US troops across European countries does not bother them. Therefore, they keep saying that Russia is "intimidating someone." At the same time, they made it clear from Moscow that they would not be allowed to "crush" the DPR and LPR.
Reporterin Yandex News
Reporterin Yandex Zen
6 comments
Information
Dear reader, to leave comments on the publication, you must sign in.