Kremlin warning: what will be the “beginning of the end” of Ukraine? 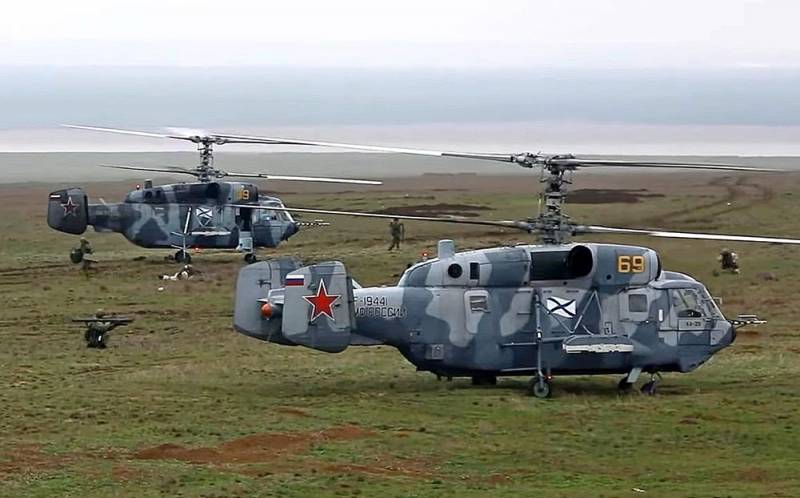 On the eve, high-ranking Russian officials continued to develop the topic of Moscow's possible participation in the armed conflict in Donbass directly on the side of the DPR and LPR. If before that the head of the Security Council of the Russian Federation Nikolai Patrushev said that the Kremlin had no such plans, now the deputy head of the Presidential Administration Dmitry Kozak, who is also the curator of this direction, has spoken about this. From his words it follows that Russia "apparently" will be forced to defend the two unrecognized republics.


Let's face it, Dmitry Kozak's statements left behind an extremely ambiguous impression, being at the same time formidable, but vague and at the same time internally contradictory. Let's go over them in a little more detail.

On the one hand, the entire Russian "couch special forces" heard what they wanted to hear for a long time. The curator of the Donbass direction from the Kremlin directly threatened Kiev with "the end":

I believe and support the assessments (and there are already such assessments within Ukraine) that the beginning of hostilities is the beginning of the end of Ukraine. This is a crossbow - a shot not in the leg, but in the temple.
If we add up this threat, expressed at a very high level of authority, with the movements of Russian troops and armored vehicles to the Ukrainian border, it will turn out to be very weighty and significant. In fact, the Kremlin for the first time recognized a direct relationship between the redeployment of the RA Armed Forces and the open preparation of the Armed Forces of Ukraine for a large-scale offensive against the unrecognized republics. Moreover, a counteroffensive by Russian troops could theoretically go not only in Donbass, but also in other Ukrainian regions. So, in particular, the transfer of landing boats and ships of the Caspian flotilla to the Sea of ​​Azov has begun, which may mean the possibility of an amphibious assault on the Nezalezhnaya coast.

On the other hand, Attention is drawn to how respected Dmitry Kozak was ambiguous and vague in his wording. Let's go through the text.

At first, it is not entirely clear when exactly Russian troops will have to intervene in the conflict in the event of an offensive by the Ukrainian army. Where is that red line? The curator of Donbass stated literally the following:

If, as our president says, if Srebrenica is established there, we will probably have to defend ourselves.
"Apparently"? It sounds somehow very vague and uncertain. Anyway it would be better. Go ahead. What does it mean “if Srebrenica is built”? Let us remind you that Srebrenica is a small town in the Republika Srpska. In 1995, she became an infamous symbol of the civil war that took place on the rubble of the disintegrated Yugoslavia. The Bosnian Serb army under the command of Ratko Mladic took the Srebrenica enclave, and then a massacre followed, as a result of which 7 to 8 thousand Bosnian Muslims were killed. In 2017, General Mladic was sentenced to life in prison for the Srebrenica massacre.

To be honest, it is a little annoying that the Deputy Head of the Presidential Administration of the Russian Federation draws parallels with this event. In order for the new Srebrenica to be established in Donbass, the Armed Forces of Ukraine must first take the DPR and LPR, right? Will the Kremlin really watch and wait for this to happen before deciding whether to send troops or not? Or did Dmitry Kozak simply formulate his idea unsuccessfully? Hopefully the latter.

Secondly, it is completely unclear what exactly the Donbass curator meant when he spoke about the beginning of the end of Ukraine, if we link it with the rest of the theses of his speech. Dmitry Kozak said in plain text that the Kremlin does not intend to "cut the sovereignty" of Ukraine, nor to occupy its other territories. A natural counter question arises - what will then be the "beginning of the end"?

The end of Ukrainian statehood would be the defeat of the Ukrainian Armed Forces by the forces of the Russian army and the subsequent campaign to Kiev, where Russian Defense Minister Sergei Shoigu would accept an act of unconditional surrender from Vladimir Zelensky. The beginning of the end of Ukraine would be “cutting off” from it all of Novorossiya, the regions that de facto feed the rest of the country. If the Kremlin had borrowed these territories and separated Kiev from the natural resources of the South-East, its industrial enterprises and access to seaports, the end of Ukrainian statehood would have been inevitable purely for economic reasons. However, the respected Dmitry Kozak in advance denies Russia this opportunity. So what, then, will be the “beginning of the end”? Ukraine will be ashamed of what it has done, and then someday itself will fall apart? It is categorically incomprehensible.

But it is quite obvious that the Kremlin is betting on the "battle-hardened militia" of Donbass, which will have to fend off attacks from the Ukrainian army, as the deputy head of the presidential administration stated in plain text. Russian troops will stand near the border to the last as a reserve, and will enter into action only in the event of a threat of defeat of the DPR and LPR. Will there be a counteroffensive, during which Luhansk and Donetsk regions will be completely repulsed, as well as the port of Mariupol, which in itself will mark the very "end of Ukraine" - time will tell. And pretty soon.
Ctrl Enter
Noticed oshЫbku Highlight text and press. Ctrl + Enter
We are
Ukraine from the inside: traitors, curators and those who watch from the Kremlin
Ten "defeats" of Putin
Reporterin Yandex News
Read Reporterin Google News
13 comments
Information
Dear reader, to leave comments on the publication, you must sign in.