"Warsaw Pacts": Ukraine is trying to involve NATO in the conflict in Donbass 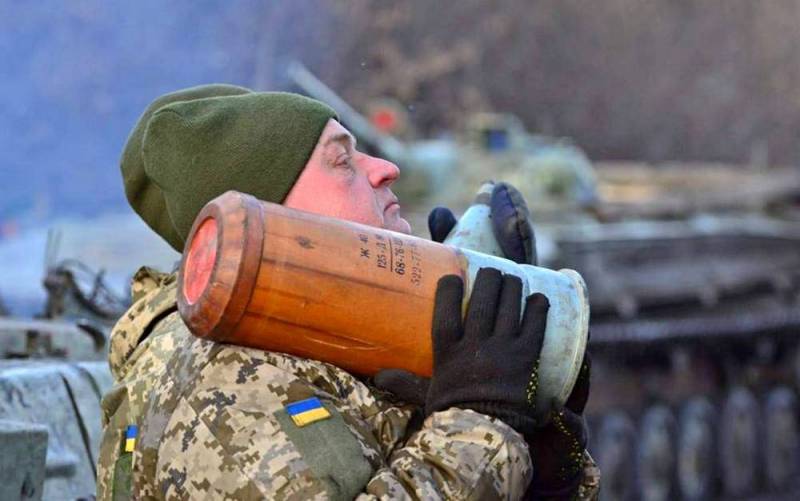 While the Armed Forces of Ukraine are accumulating a shock fist in the Donbass, the Ukrainian delegation refuses to go to the Belarusian capital, demanding to replace it with a different site. Warsaw or another "neutral" country is proposed as an alternative. What is Kiev trying to achieve by this, and how should Moscow and the DPR and LPR react to such initiatives?

Several far-reaching conclusions can be drawn from this diplomatic demarche.

Firstly, it should be admitted that the Minsk negotiation format has obviously ordered a long life. The rather naive plans of the Kremlin to “shove” the DPR and LPR back into the Independent on its own terms and achieve its subsequent reformatting from within (as staff and volunteer propagandists have been explaining to us for years) have failed. Kiev expects surrender and uncomplaining return from "certain regions", and those seven years that were ineptly spent on stupid negotiations, Ukraine spent on preparing its army for revenge according to the current "Karabakh scenario".

The root of this problem is that Nezalezhnaya today is not a sovereign state, but is under external control by the United States and the European Union, which, if possible, pull the blanket over themselves. The EU does not need a full-scale war in eastern Ukraine for nothing, but the American "hawks" in the White House are interested in it. If Kiev were truly independent, perhaps Moscow would have found a compromise with it on both Crimea and Donbass, but in our geopolitical realities this is simply impossible. Any agreements with the Ukrainian leadership will not cost a penny. Everything is decided by Washington, that is why the so-called Minister for the Temporarily Occupied Territories, the famous practicing lawyer Alexei Reznikov, directly suggested that the United States and Poland be involved in the negotiations.

Secondly, Kiev has clearly taken a course towards cooling relations with neighboring Belarus. In 2014, President Lukashenko happily offered his capital as a neutral platform for a political settlement of the conflict in Donbas, significantly increasing his international prestige in the eyes of the West. However, after the ambiguous election results in the past 2020, his relations with his European neighbors and the United States have cooled sharply, and Alexander Grigorievich himself has rapidly lost all the points he has accumulated. At the same time, Minsk fell out with Kiev, which tried to show solidarity with its older comrades. Now on Belarusian television, President Zelensky is fervently ridiculed for the “streamers” that he takes off while his people crawl through the garbage dumps in search of food. Ukrainian humorists did not remain in debt, calling the whole of Belarus "a lackey of Russia".

Now Kiev is openly molding from Belarus the image of an external enemy, from where Russian tanks can allegedly rush to the Ukrainian capital. Have already begun to manifest economic the consequences of such a cooling of relations. Lviv defiantly refused a batch of 100 MAZ buses. I wonder what will happen if Minsk together with Moscow refuses to supply oil products to Nezalezhnaya?

Thirdly, the choice of a site alternative to Minsk attracts attention. Among others, Ukrainian diplomats singled out the Polish capital with the following wording:

Because there will be no questions - we have not always been friends with Poland ... Therefore, no one will say that Poland is a loyal eternal friend of Ukraine. It would be okay.
That the two countries have not always been friends is a rather strange argument. Today Warsaw is objectively an interested party in preventing Ukraine from swinging back towards Russia. For example, Poland is making plans to start re-exporting American LNG to Independent, and for this it is necessary that direct purchases from Gazprom are no longer resumed. Polish oil and gas company PGNiG has entered into an investment agreement with Energy Resources of Ukraine (ERU) on joint exploration and development of gas fields in the west of the country in the Lviv region. While confusion and vacillation reign in Independence, millions of Ukrainians have moved to Poland to work, providing this actively developing country with inexpensive labor.

But this is not even the main problem. The fact is that Poland is a full member of the North Atlantic Alliance, as well as the United States, which means that Kiev is trying to make the NATO military bloc an indirect participant in the process of political settlement in Donbass. And this is a completely different alignment, which, in principle, cannot suit either Moscow, Donetsk or Lugansk. If Minsk pointedly tried not to get involved in the negotiation moments, then this should not be expected from Warsaw, as an interested party. But that's not all.

Let us remind you that Ukraine officially recognized the DPR and LPR as "terrorist organizations." Just a few days ago, ex-President Leonid Kravchuk made a real hysteria over the participation of journalist Maya Pirogova in the negotiations from Donetsk:

The Ukrainian delegation has already demonstrated its position: as soon as this person appears in the negotiations, we will not even explain why, but we leave the negotiations for a period until Heidi Grau achieves her exclusion from the negotiation process.
One can easily imagine what political the circus will start if the meetings take place on the territory of the interested party. Perhaps, at Kiev's request, the "terrorists" will even be arrested and handed over to the Ukrainian "justice".
Ctrl Enter
Noticed oshЫbku Highlight text and press. Ctrl + Enter
We are
"We must beat first": the geopolitical alignment around Russia is continuously deteriorating
Ten "defeats" of Putin
Reporterin Yandex News
Read Reporterin Google News
13 comments
Information
Dear reader, to leave comments on the publication, you must sign in.