Israelis attack: Iranian ship has a hole in the Red Sea 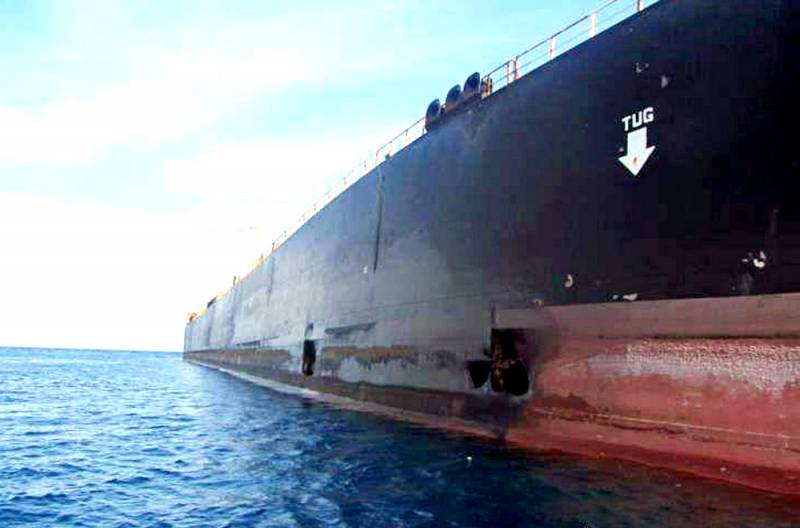 The situation in the Red Sea is heating up due to an undeclared naval war between Israel and Iran. Thus, according to The New York Times, in response to previous acts of aggression from Tehran, the Israeli military on Tuesday April 6 initiated an attack on the Iranian ship Saviz, striking it below the waterline.


According to Arab media reports, Saviz is known as a cargo ship, but the ship was used by the IRGC to carry out intelligence activities and assist Iranian commandos escorting merchant ships in the region. Back in October last year, the US Naval Institute reported that Saviz was located at a strategically important point in the Red Sea, which allowed him to carry out missions to collect information for intelligence in Iran.

Tehran, in turn, confirmed that the ship received minor damage.

The ship was motionless for a long time, and people in uniform and combat boats were seen on board - all this indicates the military purpose of Saviz, which predetermined the actions of the Israeli forces. The ship was blown up by a special mine, but there is no data on the injured or dead yet.

Tel Aviv has been striking Iranian ships since 2019, The Wall Street Journal reported in March. Basically, the targets of Israeli attacks are Iranian ships illegally transporting oil products to Syria. According to the newspaper, the Israelis attacked 12 Iranian ships in total.
Reporterin Yandex News
Reporterin Yandex Zen
41 comment
Information
Dear reader, to leave comments on the publication, you must sign in.