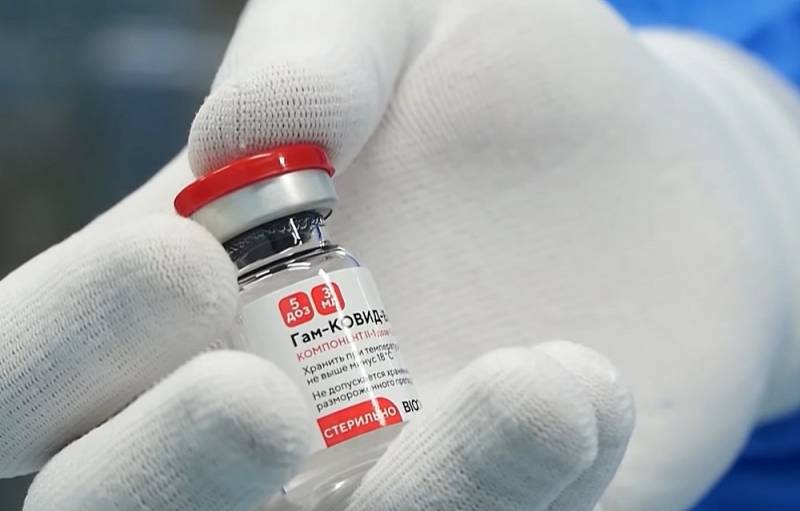 On March 30, Putin, Merkel and Macron discussed the situation around the registration of Sputnik V in the European Union via videoconference. As the press service of the Kremlin said during the meeting, “special attention is paid to the task of joining efforts in the fight against a common threat - the coronavirus pandemic. In this context, the leaders focused on measures to prevent the further spread of the disease. They touched upon, in particular, the prospects for registration in the European Union of the Russian vaccine Sputnik V, as well as possible supplies and joint production of this drug in the EU countries. "


These negotiations became a logical continuation of the ongoing disputes in the EU regarding the advisability of using the Russian vaccine in the territory of the Union countries. Opinions politicians a number of European powers were divided diametrically. Thus, the Hungarian leadership finally approved the use of the Russian vaccine in their country back in February, while in a number of other states full-scale political scandals are unfolding around this. Prime Minister of Slovakia Igor Matovic was forced to resign along with the Minister of Health and several other members of the government amid the conclusion of a contract for the supply of "Sputnik" with the Russian side. As it turned out later, the reason was the lack of the necessary coordination with the partners in the ruling coalition. At the same time, Slovakia has one of the worst situations with coronavirus in Europe, and on March 17, the emergency regime, which provides for a curfew and a ban on going outside unnecessarily, was extended for another 40 days. On average, in March, the country registered more than 1700 positive tests per day - for a state with a population of 5,5 million, the situation is close to catastrophic. And against the backdrop of all this, the Slovak Prime Minister, sincerely trying to save as many of his citizens as possible from the coronavirus, is losing his post for agreeing to purchase a vaccine in Russia.

At the same time, almost the only alternative to Sputnik available in the EU is the vaccine of the Swedish-British company AstraZeneca, the confirmed effectiveness of which, according to the research data updated in March, is only 76%, which is almost 20% lower than that of Sputnik V. " In addition, as practice has shown, the use of this vaccine is accompanied by a significant number of side effects, including deaths. The latter were registered first in Norway, and then in a number of other European countries. As a result, in early March, AstraZeneca vaccination was suspended in Germany, France, Italy, Austria, Denmark, the Netherlands and more than ten other EU countries. The final touch can be considered the fact that the deployment of this vaccine was then stopped even in Sweden - the country in which it was developed. Discontinued pending a final investigation of cases where the vaccine, instead of protecting the vaccinated, led to their death.

It would seem that the developed European countries made the right decision. The vaccine is not ready. The vaccine kills. It is obvious even to a person far from virology that the campaign to vaccinate the population with it needs to be curtailed. But then big politics comes into play, and everything turns upside down. The European establishment quickly realized that, given the fact that drugs produced by Pfizer / BioNTech and Moderna are now in short supply (once again to the question of what kind of mutual assistance flourishes among Western partners among themselves), the EU countries have only two options. The first one is to turn to Russia for help and start vaccination with Sputnik V. The second is to continue killing our citizens by inoculating them with AstraZeneca. Alas, those who know the specifics of the current policy of the official structures of the EU towards Russia will not be difficult to guess which of the options turned out to be a priority.

But the choice made has obviously raised a new question for the EU. How to continue to vaccinate your population with AstraZeneca, if not only its low efficiency, but also an outright danger to human life has become obvious to the whole world? After all, there is simply no time to finalize the vaccine (if it is possible at all to finalize it) in the current conditions.
There may not be time, of course, but there is the World Health Organization, whose headquarters, by pure chance, is located in the very heart of Europe - Switzerland, albeit not a member of the EU, but maintaining the closest possible relations with it. The expected result of this relationship was that in mid-March, unilaterally and without any additional research, WHO declared that “the benefits of AstraZeneca outweighed the risks”, recommending “continue vaccination” with this drug.

Apparently, from the standpoint of the European bureaucracy, the current situation is a strange combination of circumstances. After all, it is obvious that all this is some kind of misunderstanding. As you know, the Swedish-British vaccine has been comprehensively studied and tested and certainly cannot lead to any negative consequences. This is not some kind of Sputnik, which has no approval from European regulators. No, AstraZeneca is a reliable vaccine and there is no cause for concern. At least that is what seems to be the case in the UK, which has not even thought to suspend vaccination with the drug, despite the growing number of deaths. And the fact that other states outside the EU, such as Canada and South Africa, for example, have also suspended the vaccination of AstraZeneca is a commonplace coincidence. Like the Prime Minister of Thailand, who planned a public vaccination with the drug AstraZeneca to give the Prime Minister to his fellow citizens, but for some reason suddenly changed his mind.

Of course, all vaccines have side effects. Especially those that are being developed in a hurry. And if the vaccine from AstraZeneca did not have an alternative that Russia offers, then and only then would it be possible to at least theoretically consider the issue of its further use.

But in conditions when Sputnik V has the results of clinical trials conducted in full compliance with international rules, and publication in the authoritative medical journal Lancet, recognized by the world scientific community, the only obstacle to its spread in the EU are politicians driven by Russophobia , shying away from Sputnik like the plague, talking at length about "vaccine diplomacy" while the drug AstraZeneca is killing people. And here, of course, the question of responsibility should be raised.

After all, every unvaccinated person can not only become infected himself, but also spread the virus further. And only the most accelerated formation of collective immunity can help the world cope with the pandemic. And here it is already important to use any opportunity that is suitable for this. The Sputnik V vaccine is not an instrument of political influence, as Western media outlets write about it, but the gift of the Russian virological genius to all mankind, which will save millions and millions of lives around the planet. From Hungary to Mexico, from the United Arab Emirates to Serbia and Argentina - Russia makes no exceptions for anyone and is ready not only to supply vaccine batches itself, but also to help foreign partners to fully reproduce its entire production cycle in its homeland, thereby deciding also inevitably emerging logistics problem.

Returning to the issue of responsibility, it is important to understand something else. Refusal from Sputnik V in the context of its proven effectiveness and the most open position of Russia on its distribution is no longer even a crime. This is genocide. Genocide of their own citizens by a number of European officials, for whom political games are much more important than the lives of ordinary people. However, when was it different?
Reporterin Yandex News
Reporterin Yandex Zen
10 comments
Information
Dear reader, to leave comments on the publication, you must sign in.