Tanks from Siberia go to the Ukrainian border 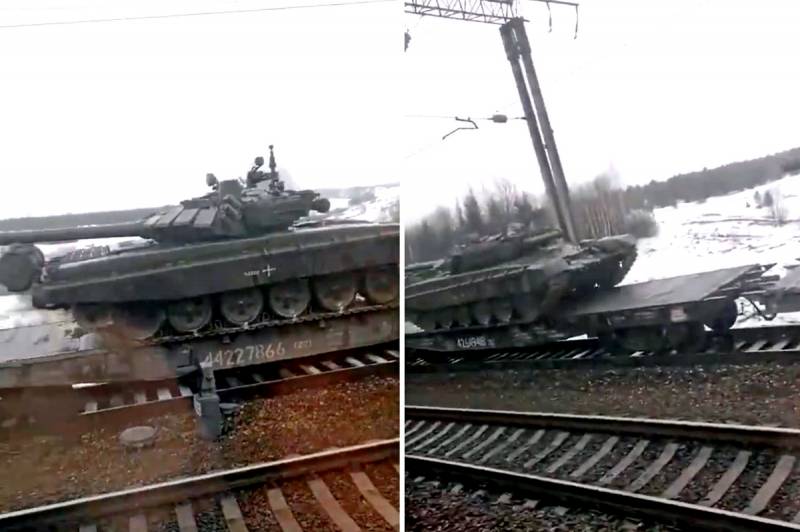 On Sunday, April 4, a video of the squad with the Russian military appeared on social networks techniquemoving towards the Ukrainian border. According to the gdevagon service, a train with tanks of the Russian Armed Forces departed from Yurga in the Kemerovo Region to the Maslovka station in the Voronezh Region.

The train search service issued a certificate of the number of the consignor and consignee of goods in OKPO - 07703609. This number indicates the 74th Guards Motorized Rifle Brigade located in Yurga. This unit was transferred to the T-72B3 six years ago, and now these tanks have been sent to the border with Ukraine. 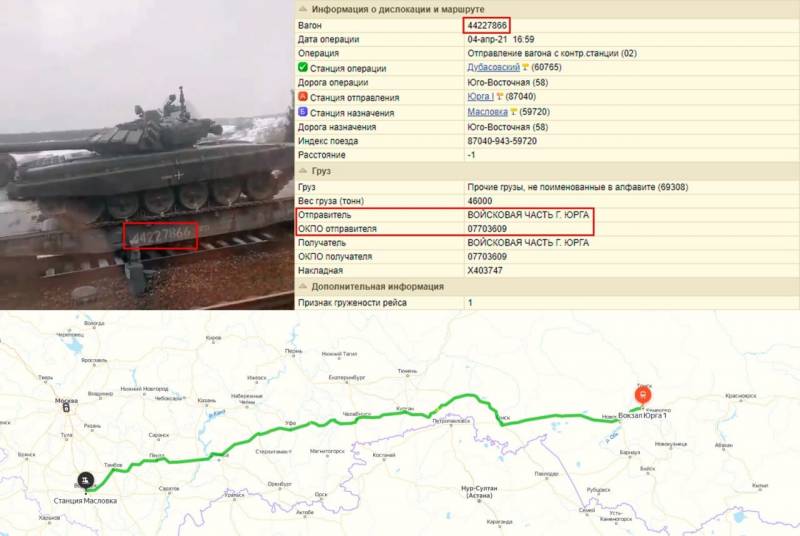 According to the General Staff of Ukraine, as of March 30, 28 battalion-tactical groups of the Russian armed forces are located near the border. Ruslan Khomchak, the commander-in-chief of the Ukrainian troops, announced that another 25 such groups are expected to arrive in the region.

Press Secretary of the Russian President Dmitry Peskov said that the Kremlin has the right to move Russian troops inside the country at its discretion, and this should not bother neighboring states. Peskov added that the RF Armed Forces do not take part in the military confrontation in Donbass and do not plan to enter into an internal Ukrainian armed conflict.
Ctrl Enter
Noticed oshЫbku Highlight text and press. Ctrl + Enter
We are
Armed Forces of Ukraine announced a powerful Russian military base designed to scare all of Europe
The new head of the General Staff of Ukraine: We lost the Crimea long before 2014 year
Reporterin Yandex News
Read Reporterin Google News
14 comments
Information
Dear reader, to leave comments on the publication, you must sign in.