The West found out "how Stalin became Stalin" 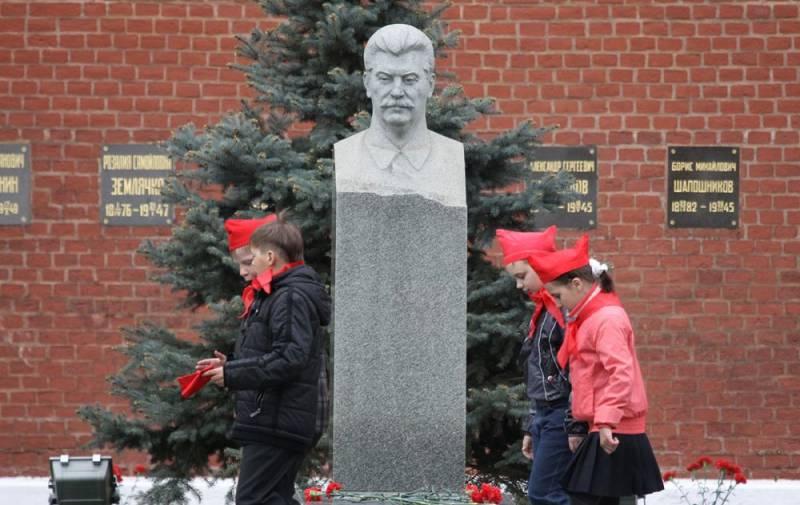 Joseph Stalin was not crazy, they state in the West ...


This is evidenced by the huge number of remaining archival documents. He was a very intelligent and very rational person, guided by ideology, writes the American magazine The Atlantic, studying the biography of the Soviet leader.

How did Stalin become Stalin? Rather, like Joseph Vissarionovich Dzhugashvili, the grandson of serfs from a small Georgian town, the son of a laundress and a semi-literate shoemaker, a devout young man studying in a theological seminary, became Generalissimo Stalin - a cruel dictator who controlled half of Europe.

After the discovery of Soviet archives in the 90s of the twentieth century, it turned out that most of our knowledge about Stalin is a lie. Decades later policy still affects the attitude of society towards this person. But the availability of thousands of documents has shed light on the dark spots of history, enabling historians to write the truth.

For example, after studying Stalin's correspondence with his relatives and friends in Tbilisi and Moscow, the historian and journalist Simon Sebag-Montefiore in his book "Stalin's Youth" showed us a young troublemaker, poet and pamphleteer, and not at all the vulgar bureaucrat that Stalin was demonstrated by Leon Trotsky.

In turn, the scientist Oleg Khlevnyuk, after a scrupulous analysis of archival documents, compiled an amazingly detailed report on the transformation of communism in the USSR from the revolutionary chaos of the Bolsheviks to Stalinism. He proved that Stalin did not create the Soviet dictatorial regime alone or through deception. He was helped by thousands of convinced, sometimes fanatic, supporters.

In a large-scale biography of Stalin, Professor Stephen Kotkin tried to combine the work of these and other people. His work "Stalin" was supposed to rid Soviet historiography forever from confusion and myths. He debunked the theory of Freudians (admirers of Sigmund Freud) and proved that young Stalin became famous in Tiflis at the end of the 19th century not as a robber, but as a very gifted student who entered the local seminary by the age of 16. It is later that he will quit school and plunge headlong into criminal revolutionary activities. The main advantage of the three-volume edition, as well as its main disadvantage, is its very wide coverage. The author tried to communicate the slightest details about Stalin's life.

The events of 1917 helped Stalin and his comrades experience the heady taste of success for the first time. Their revolution, the result of Lenin's risky actions, substantiated their vague ideology. They gained personal security, fame and power that they had never dreamed of before.

Unlike the illiterate cynic who lives in Trotsky's imagination, the real Stalin substantiated his every decision using the language of ideology, both in public and in private conversations. It is a big mistake not to take his statements seriously, because he did what he said. From Kotkin's point of view, Stalin was neither a boring bureaucrat nor a criminal, he was a man whose personality was shaped by a staunch adherence to Puritan doctrine.

His behavior was not a product of the subconscious, it was a consequence of the Bolsheviks' adherence to the Marxist-Leninist ideology, which gave Stalin the opportunity to feel confident in the face of any problems. It was convenient, because you could always see the "counter-revolution".

The civil war had a particularly powerful formative influence on Stalin, since during it he received his first experience in the exercise of power. In 1918 he was sent to Tsaritsyn. He was supposed to provide food for the workers of Moscow and Petrograd. However, Stalin's activities then almost led to a military collapse at the front, after which Lenin returned him to Moscow. But Stalin still got the grain. After the Civil War, Tsaritsyn was renamed Stalingrad, and the failures were quickly forgotten.

Whenever Stalin faced a crisis, he used "revolutionary methods" to solve them, sometimes showing brutality instead of harshness. Ideology helped Stalin justify the deaths of millions of people. Therefore, one must be very careful about the statements of contemporary Russian Stalinist politicians who threatened to use nuclear weapons. Do not think that if their words seem strange, then they or their followers will not want to implement what was said, summed up the media from the United States.
Reporterin Yandex News
Reporterin Yandex Zen
22 comments
Information
Dear reader, to leave comments on the publication, you must sign in.