Russia can offer several alternatives to the Suez Canal at once 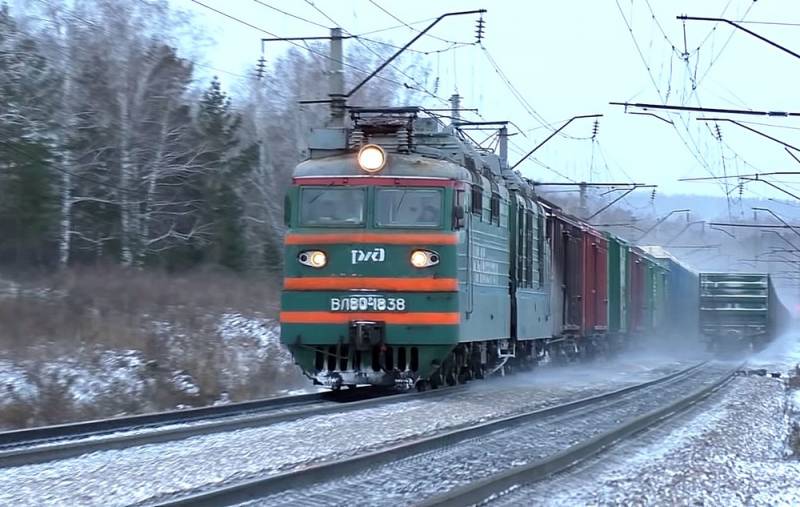 The recent incident on the Suez Canal raised the question of the need for some adequate alternative to it. Much has been said that in the future it may become our Northern Sea Route. Now I would like to talk about the economic potential of Russia as a transit country, in general, and what opportunities for growth this gives us.


A huge and inalienable competitive advantage of the Russian Federation is its geographical position, which objectively makes it the center of Eurasia, a crossroads of trade routes from Europe to Asia, from North to South. With a rational approach, it can turn into the largest transit hub, offering picky customers several routes at once. However, when planning, it should be borne in mind that different product groups have different requirements for trade routes. So, coal and other minerals cannot be transported by road; transportation of perishable foodstuffs is more suitable for it. Oil and LNG are better delivered by tankers, while containers can be transported by sea and rail. And we can offer a full line of logistics services.

For example, the Northern Sea Route has been in operation since the thirties of the last century. Today it is actively used to export Russian hydrocarbons. Powerful icebreakers are required to safely navigate ships, but as the polar ice melts, the convenience of navigation and the demand for this promising waterway will only grow. However, first it is necessary to make capital investments in the construction of coastal port infrastructure on the Arctic Ocean and the creation of an entire fleet of ice-class vessels. In general, the potential is great, but its full disclosure will take more than a dozen years.

Meanwhile, against the background of the formation of a "blood clot" in the Suez Canal, transit carriers' interest in the Russian Trans-Siberian Railway, which connects the capital of our country with the largest cities of Eastern Siberia and the Far East, soared. The speed of movement of freight containers on this Eurasian railway is on average 1100-1200 kilometers per day. This is much faster than by sea, and in some respects it is even comparable to aviation. Over the past year, Russian Railways has noted an increase in demand for Transsib services on the China-Europe-China route. Container traffic increased from half a million TEUS (symbol for a 20-foot container) to 1 million. This is a great success.

Unfortunately, this railway has its own "bottlenecks" in every sense of the word, which hinder the full disclosure of its potential. The recently famous Russian billionaire Oleg Deripaska drew attention to the problems of the Trans-Siberian Railway, who proposed to reconstruct it to increase the speed of transportation and even rename it:

Along the entire length of this route, it is necessary to create at least 5-6 large logistics centers, where the processing of industrial goods for export should be concentrated. You can call this route "Cedar tract" - in spite of the Chinese "Silk Road".

Well, the idea is good (it's not about the name), but not new at all. Russian Railways and the Ministry of Transport of the Russian Federation have already prepared a plan for the accelerated modernization of the Trans-Siberian and the Baikal-Amur Mainline, within the framework of which new tracks will be built and stations expanded to increase the throughput of railways. You can think a little more about the new name, or even leave the old one altogether.

Also, work is underway on the construction of a large-scale road transport corridor, which should connect with a four-lane highway passing through our country, Northern Europe and Western China. The rest of this route will pass through the territory of Kazakhstan and China. The new highway will link Europe and Asia and will significantly increase transport connectivity between regions within Russia itself.

But not only China should grow our economy... International transport corridor "North-South" should connect India and Northern Europe, passing through Iran and Russia. Its total length is 7,2 thousand kilometers. Despite a number of difficulties, this project is still very promising and attractive for potential customers. For Russia, "North-South" is important because its full-fledged commissioning will reduce by 20% the volume of external transit through Turkey, with which we have difficult relations. Also, this infrastructure project began to play in completely new colors after the Iranian authorities publicly expressed their desire to join the Eurasian Union. Undoubtedly, this would increase transport connectivity within the united economic space.

Thus, we can conclude that Russia has a huge transit potential, the disclosure of which will diversify the domestic economy and significantly reduce the risks associated with dependence on the export of hydrocarbons.
Ctrl Enter
Noticed oshЫbku Highlight text and press. Ctrl + Enter
We are
Peace enforcement operation. Russia inflicts a preemptive strike on Kiev
Three years left: Ukraine will be sold in parts
Reporterin Yandex News
Read Reporterin Google News
13 comments
Information
Dear reader, to leave comments on the publication, you must sign in.