About the coming war, in which many refuse to believe 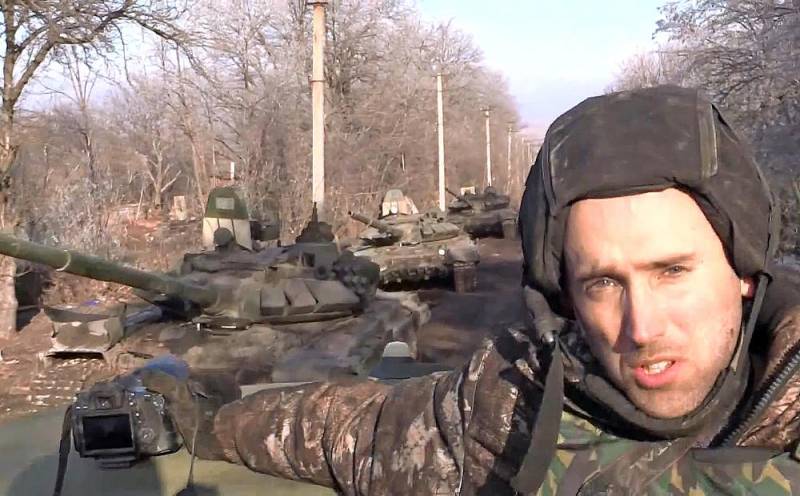 The reaction of the Russian audience to the events around the transfer of troops to the southern regions of the country is a little surprising. Most agree that there is nothing extraordinary in this, but only "the spring-summer period of the exercises has come."


I would like to point out a few things here. At first, technique goes to the Rostov region and the Crimean peninsula not only from the southern regions (Krasnodar Territory, Volgograd Region), but also from the Central District. All this is superfluous for battalion tactical exercises, which are carried out by the forces of local military units.

Secondly, no military district-scale exercises were announced in the south. Not for April or May.

There is only one conclusion: the transfer of equipment and manpower to the Black and Azov Seas has other goals. And they are quite obvious.

President Putin has repeatedly made statements that Russia will not abandon the Donbass. About a month ago, he repeated these words again. Therefore, against the background of a really serious build-up of forces of the Armed Forces of Ukraine on the line of contact, as well as not far from the border with Crimea, the transfer of our military closer to the place of the likely resumption of the conflict is not only justified, but also natural. Why some have doubts about this matter - I do not understand.

Military experts in Russia, as well as people on the ground, admit the obvious - the forces of the parties in the Donbas are incomparable. Kiev, no matter what they say, has concentrated in the region a very large grouping, which surpasses the forces of the DPR and LPR combined by 3-4 times. Plus complete air supremacy. I consider it extremely unnecessary to laugh at the "Bayraktars" and "Javelins" with which the Ukrainian troops are armed today. And if we help to fight the first ones (on the way to the Rostov region, a train with the Tor-M2 air defense system has already been seen), then neither we, let alone the Donbass, simply have an antidote to the anti-tank system produced by the United States. And this ATGM is very serious and poses a really big threat to the tanks of the militia. "Javelin" in skillful hands can, if not decide the outcome of the war, then significantly correct it accurately.

The Ukrainian army has been actively arming for the last 4-5 years. The unit received modernized armored vehicles, MLRS, managed to put about 15 combat aircraft on the wing, and conducted regular exercises. Of course, it cannot be said that this is a completely different quality level of the troops, but some work was done, including with the help of Western instructors.

You need to understand that the territories of the DPR and LPR are relatively small pieces of land, poorly protected by natural relief, and in the case of blitzkrieg tactics, they will be taken quickly enough. With the beginning of the offensive operations of the Armed Forces of Ukraine, the count will go on for days. Knowledgeable people agree that the decision in the Kremlin to deploy regular units of the RF Armed Forces in Donbas should be made no later than 14 hours after the Ukrainian Armed Forces crosses the demarcation line. Otherwise, the conflict will end with the encirclement of Donetsk and Luhansk, followed by Kiev's seizure of the Ukrainian-Russian border under its control.

As you understand, Moscow cannot allow this.

In a possible conflict, Russia will be forced to actively use aviation, the fact of which it will not be possible to hide. Yes, this is not necessary. Obviously, during the last conversation with Merkel and Macron, Putin made it clear that Russia will not stand aside and will do everything to stop the advance of the Ukrainian Armed Forces. The Americans, who, in fact, are the main customers and beneficiaries of the coming war, understand this perfectly well, and this is exactly what they expect from Moscow.

The operation to force Ukraine to peace, which Russia will carry out under the pretext of protecting its citizens, will become a pretext for new sanctions against our country. But not only. Behind the new restrictions, which, by the way, can really hurt the economy RF, followed by a tsunami of military hysteria. It will result in a significant increase in the number of American troops in Europe, followed by the deployment of ground-based strike missile systems in Romania and Poland. Washington needs to show the Europeans that Russia is an aggressor that needs to be contained. And Kiev is ready to play along with it.

As for Crimea, where additional forces of the Armed Forces are also being drawn, here a conflict is unlikely. Kiev will not repulse the peninsula, sending its soldiers to certain death, and this is not necessary. There are Russian troops there, which is obvious, while their presence in Donbass just needs to be proven and shown to the whole world.

And let them prove it. We should stop being ashamed of something, hiding our intentions and goals, making excuses for what we have done. We do not start wars, but we can end them. To finish in a meaningful way, so that others think a thousand times before crossing our path.
Reporterin Yandex News
Reporterin Yandex Zen
78 comments
Information
Dear reader, to leave comments on the publication, you must sign in.