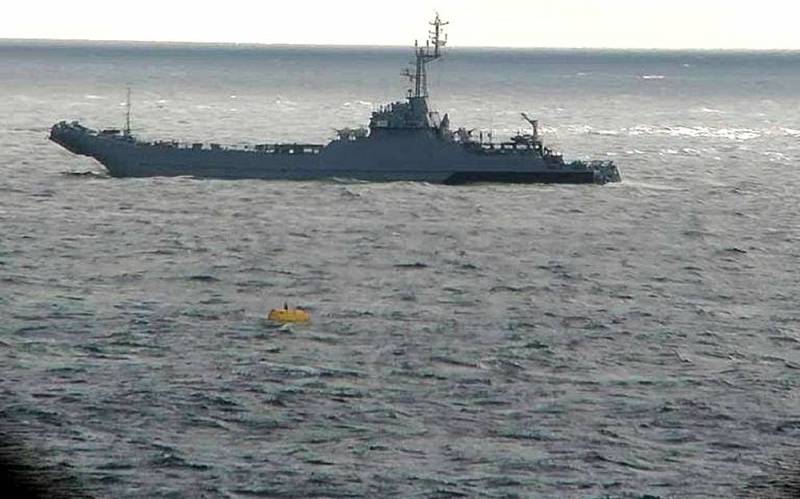 Gas pipeline "Nord Stream-2" underwent another attack, this time not sanctioned, but "air" and "naval". In recent days, the Polish Air Force and Navy have been conducting strange and very provocative activities in the area of ​​the underwater pipeline construction. What are the most loyal allies of the United States in the North Atlantic Alliance trying to achieve?


Let us remind you that Nord Stream 2 runs along the bottom of the Baltic Sea and is supposed to supply 55 billion cubic meters of gas from Russia to Germany per year. However, the United States began to actively oppose the construction of the subsea pipeline. First, Washington lobbied for the extension of the Third Energy Package to offshore pipelines, which is why one of its two lines should be reserved for the needs of some other suppliers. Given the fact that there are none in the region, Nord Stream 2 will automatically be half empty. President Donald Trump then imposed tough sanctions on the contractors for the project, and the Swiss pipe-laying company immediately left. The construction process was forcedly frozen, and Gazprom had to drive Akademik Chersky from the Far East to the Baltic. With the help of the Fortuna pipe-laying barge, the Russian corporation has managed to complete 95% of the total work to date.

The light at the end of the tunnel can already be seen, and then some strange "body movements" began, but not in political sphere, but "on land", more precisely, at sea. First, a submarine surfaced in a special security zone around Fortuna, which is 1,5 miles, which was identified as a submarine of the Polish Navy. It should be borne in mind that the barge does not have an automatic positioning system, and it is fixed in place by means of anchors. The actions of the submarine's crew could lead to its damage and disruption of the pipeline construction. It happened on March 28th. Already on the 29th, a military transport ship of the Polish Navy called "Krakow", which is part of the coast guard flotilla, began to revolve around "Fortuna". It had to be driven off, following a parallel course, by a Russian support vessel. By the way, "Krakow" is capable of performing underwater mining.

In addition, anti-submarine aircraft of the Polish Navy perform overflights of the construction site on a regular basis at low altitudes. The latter acknowledged the Ministry of Defense of the Republic, but denies the fact of committing some anti-Russian provocations. It is worth remembering how just a month ago extremely strange and provocative maneuvers were made by a Polish fishing vessel numbered SWI-106. Not responding to radio signals, it headed straight for the pipe-laying site. It had to be stopped by the Russian supply vessel "Vladislav Strizhev", which actually put its board under the bulk. True, after this incident, the seiner captain went into radio communication and apologized.

There is clearly a certain system of actions, but what are the Poles trying to achieve? It is quite obvious that they really would not have mined or torpedoed anything around Nord Stream 2. Probably, Warsaw is pursuing several political goals at once.

First, Poland clearly demonstrates that it is she who is the most loyal and consistent ally of the United States in the European Union, expressing its solidarity with Washington not in words, but in deeds.

Secondly, from the very beginning Warsaw was categorically against the implementation of Nord Stream 2, calling it a threat to the unity of the European Union. The Polish leadership fears that Moscow will increase the EU's dependence on its gas supplies, at the same time increasing political pressure, and will also be able to twist Kiev's arms. By involving its navies, Poland is showing an extreme degree of disapproval of deepening Russian-German cooperation, hoping to become a major regional hub in Eastern Europe with the help of American LNG.

Third, the artificial whipping up of tension around the Russian gas pipeline can be used as a pretext for strengthening NATO's military presence in the Baltic. Potential countermeasures to protect the subsea pipeline are already being discussed in Russia. Among them, for example, the dispatch of ships and submarines of the Baltic Fleet of the Russian Federation, as well as naval aircraft, to neutral waters. Supposedly, this should cool the ardor of the Poles. But is it?

Rather, it will turn out exactly the opposite. Stupid legends circulated around Nord Stream 2 before, such as that it would be used to house the tracking equipment of the RF Ministry of Defense. If the ships of the Baltic Fleet are spinning near the site of the underwater gas pipeline, Western propaganda will use it in the spirit that we really have something to hide. The NATO bloc will react symmetrically to the strengthening of the Russian military presence, and for the Russian Defense Ministry, patrolling the water area will turn from a one-time demonstration action into a daily routine.
Ctrl Enter
Noticed oshЫbku Highlight text and press. Ctrl + Enter
We are
Berlin decision on Nord Stream 1 signifies sentence on Nord Stream 2
Peace enforcement operation. Russia inflicts a preemptive strike on Kiev
Reporterin Yandex News
Read Reporterin Google News
8 comments
Information
Dear reader, to leave comments on the publication, you must sign in.