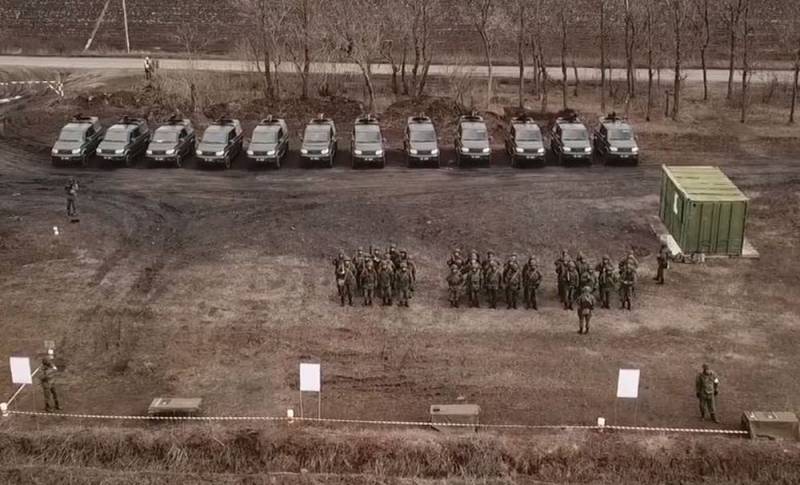 The situation in Donbass is forcing Moscow to send clear signals to its Western "partners" in general, and to Kiev in particular, that it is highly undesirable to transfer the sluggish conflict in the region to a hot phase. Therefore, Russia for the first time publicly put a military machinery to Donbass, making it clear that if something happens, he will not leave the DPR and LPR without help.


The year 2021 began with a sharp increase in the number of attacks on the territories of the self-proclaimed republics by the Armed Forces of Ukraine. In February, a large-scale redeployment of units and subdivisions of the Armed Forces of Ukraine and other law enforcement agencies of Ukraine to Donbass and to the borders of the Russian Federation began. After that, Kiev started talking openly about the end of the Minsk agreements and the need for an urgent meeting of the "Normandy format", otherwise there will be a war.

On March 15, new off-road vehicles (pick-ups) UAZ "Patriot" in military livery with two types of machine guns appeared in Donetsk: a large-caliber 12,7-mm NSV "Cliff" and a 7,62-mm PKM installed in the back. The first batch of modern "carts", in the amount of 15 units, was handed over to the military personnel of the People's Militia by the head of the DPR Denis Pushilin. 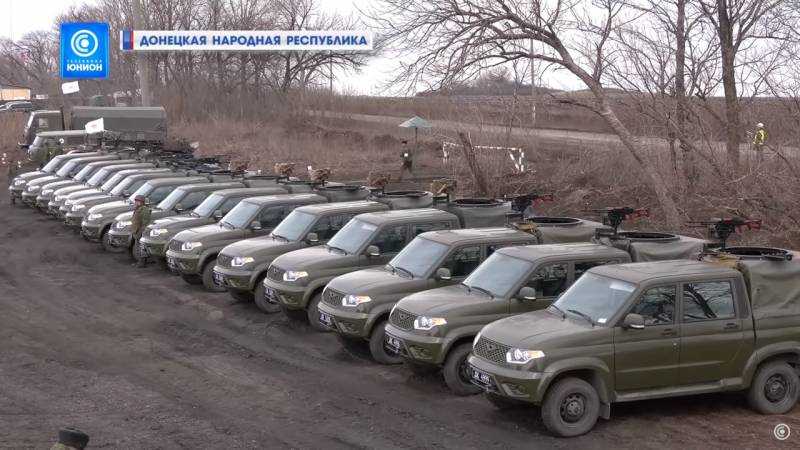 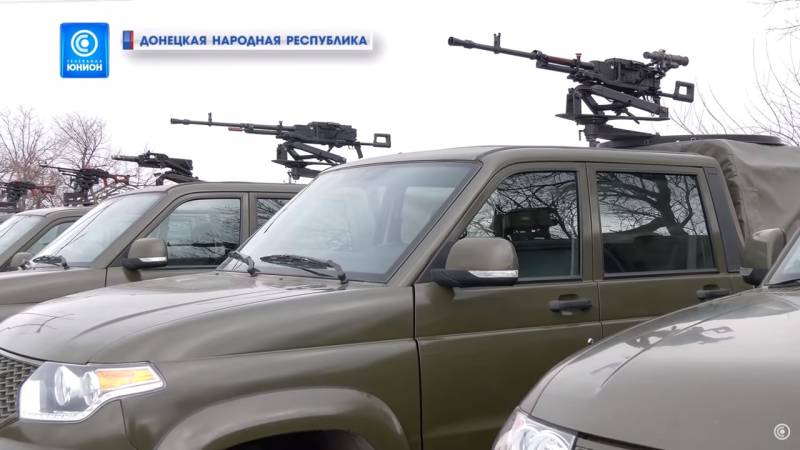 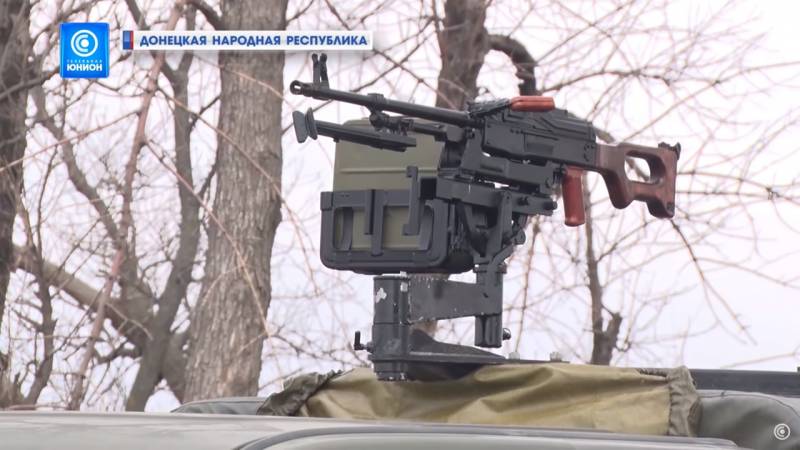 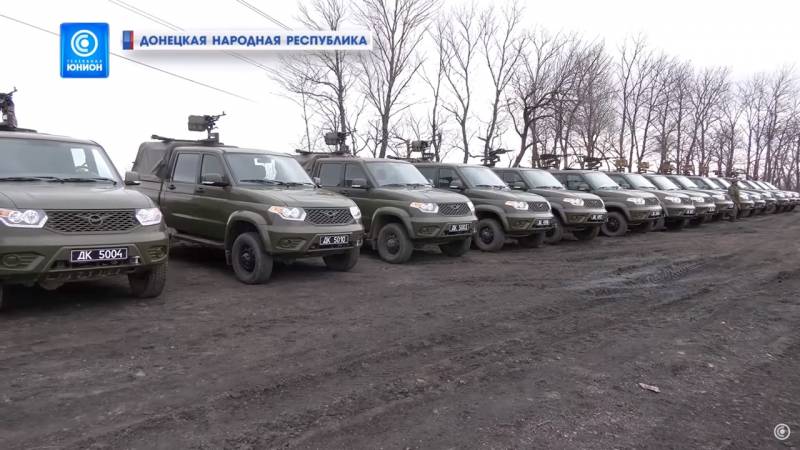 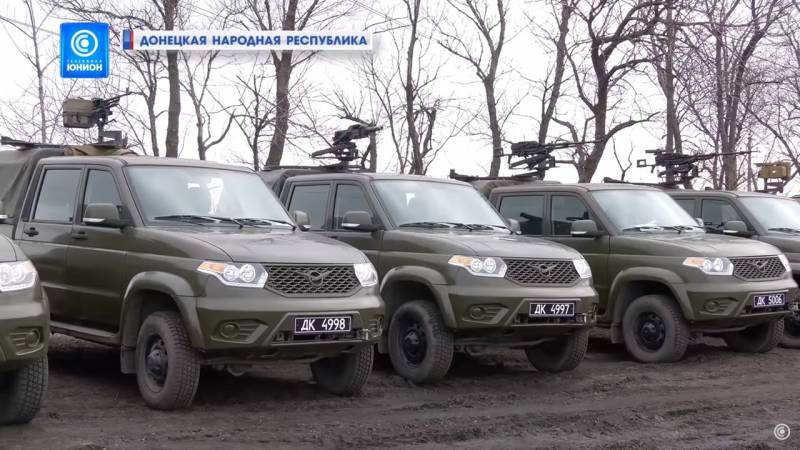 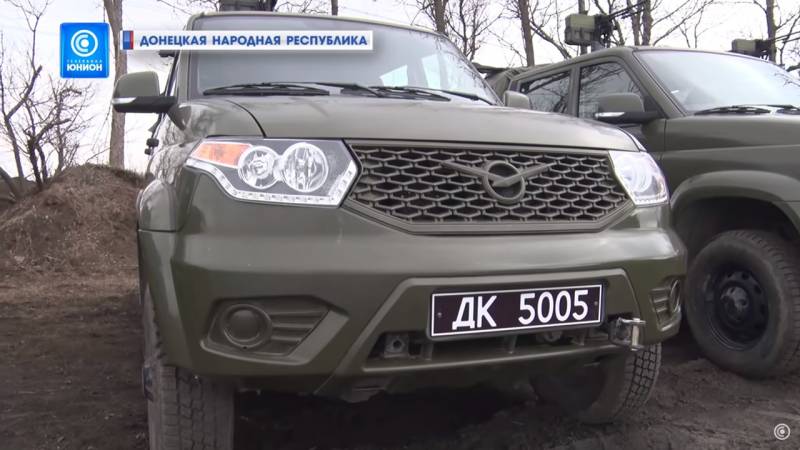 Naturally, such a thing could not happen without the knowledge of the Russian authorities in principle. We also prepared for this event for more than one day, since paint has already begun to peel off on some machines for machine guns. After that, most of the "carts" were sent to the landfill.


On March 17, in Luhansk, the head of the LPR Leonid Pasechnik handed over 5 UAZ Patriot vehicles to the NM servicemen, albeit without installed machine guns. They will probably be installed later, since the NM LPR reported that SUVs will soon be on the front lines.


It should be noted that such actions are more of a moral and informational character than a real combat component. During a trench war, the use of such unarmored equipment is very difficult, and Kiev has repeatedly been told about this from Lugansk and Donetsk, which is actively equipping the Armed Forces of Ukraine with such "carts". How events will develop further and whether they will understand the hint in Kiev and in the West, it will become known very soon.
Reporterin Yandex News
Reporterin Yandex Zen
64 comments
Information
Dear reader, to leave comments on the publication, you must sign in.