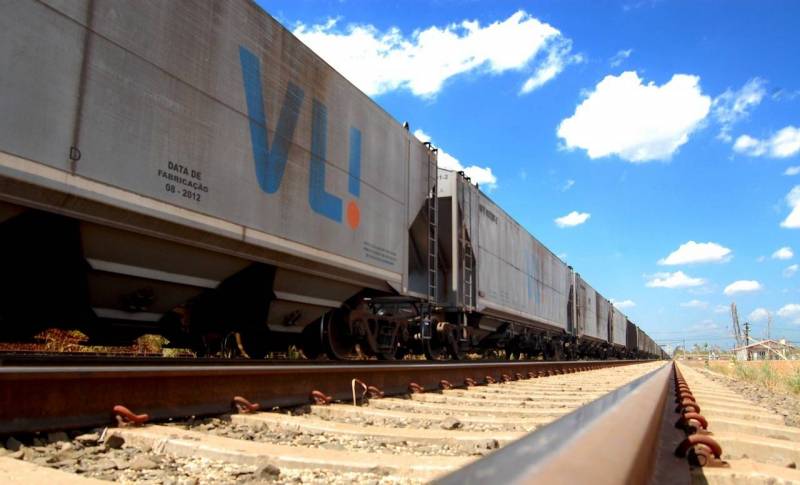 United States President Joe Biden recently launched another anti-China initiative. He came up with a very original idea: to create a "democratic alternative" to the project, which is an absolute priority for the Celestial Empire both in economic and geopolitical terms - the "new silk road".


Why is this initiative so nervous for the West, how great can its relevance be in the new, "post-coronavirus" world and what can it bring to those countries that are determined to share this path with China? Let's try to understand these difficult issues.

The path that not everyone can do

Comrade Xi Jinping used the popular saying about "small steps, without which it is impossible to go a long way" during his speech at the first forum "One Belt - One Road", which was held in what is now seemingly distant 2017. Then it was attended by about three dozen high-ranking officials (up to the very first), representing mainly the states of Asia, Africa and Latin America. However, the presidents of Russia and Belarus, Vladimir Putin and Alexander Lukashenko, as well as UN Secretary General Antonio Guteres were also present there. Proud Europe at that time was still defiantly turning up its nose from the Chinese "new path," although it was already surreptitiously looking at it with very eager interest. At the next such summit, held two years later, Christine Lagarde, Managing Director of the International Monetary Fund, had already presented herself in person.

This is not surprising - the project, initially called by many skeptics in the West "an arbitrary construction of poorly coordinated initiatives", which Beijing is trying to pass off as a "great strategy" to raise its own assessment in the eyes of the world community, before our very eyes began to acquire more and more clear outlines and more and more impressive scale. Seaports, railways, highways, colossal logistics complexes - all of this was erected in various parts of the world, and the geography of these construction projects sometimes set economic analysts are at a standstill - like not on the way ?! Nevertheless, a clear plan, albeit not always clear to outside observers, was unambiguously traced behind all this. And the further, the more it became clear - just for the sake of optimizing the delivery routes of countless goods produced in the Celestial Empire, such a megaproject would not have been started.

As a matter of fact, the moment that foreign policy goals in "One Belt - One Road" are not less (if not more) than purely economic ones, as well as the fact that the participation of any country in it means the strengthening of the Chinese presence and influence in it , has not been hidden from the moment Comrade Xi announced his intentions to pave this path. Even then, in 2013, it was clear that the Celestial Empire did not intend to engage in charity during the implementation of its plans. Do you want to get modern infrastructure facilities on your territory, and then make money on the inexhaustible transit flow? Perfectly! However, you first need to take a share in creating the conditions for future profits. No money? We will lend, and on the most, that neither is partner terms. Can't pay for already built transport hubs, highways and other facilities? Well, here you have to decide something ... Approximately the same situation has developed in China with Kyrgyzstan, which rushed headlong into "One Belt - One Road".

At present, as far as we know from the huge (taking into account the size and economic potential of this country) state debt of Kyrgyzstan of $ 5 billion, almost 2 billion falls on China. Bishkek, unable to objectively assess its own capabilities, today teeters on the edge of a "debt hole" fraught with the loss of ownership of a number of important infrastructure facilities. True, at present, Beijing has met Bishkek halfway (according to some sources, this was not without Moscow's petition), and agreed to postpone payments on some key loans until 2022-2024 at a minimum rate of 2% per annum. However, this story (one of a number of similar ones) very eloquently demonstrates that only those states that are able to pave it together with the Celestial Empire can afford to enter the Chinese "path", providing if not equal, then comparable participation in the project.

About comrades and fellow travelers

Few people think about it today, but the favorite appeal of all the communists of the world (and Chinese, including) - "comrade", did not come from the proletarian, but from the merchant environment. It is not for nothing that it is based on the root "commodity" - therefore, it was used to designate people united by common trade operations and monetary interests. But fellow travelers are, accordingly, those who simply follow you in the same direction - for a certain time and it is completely incomprehensible with what intentions. In the Celestial Empire, they perfectly see the difference between these two categories. Naturally, they have different attitudes towards certain participants in the "One Belt - One Road" project. Having rather tense relations with one of its closest neighbors (and competitors) - India, Beijing attaches particular importance to cooperation with Pakistan, which, in turn, is a consistent enemy of New Delhi. The China-Pakistan Economic Corridor (CPEC), covering various projects with a total cost of 62 billion dollars, is certainly one of the most important parts of the "path", but for both Islamabad and Beijing it also has enormous military significance. As for our country, its role in the creation of "one way" is not just great - in certain respects it is decisive. At the initial stages in the Celestial Empire, great importance was attached to sea communications, which were to collectively make up the “Sea Silk Road of the XXI century”. At the same time, the supply of Chinese goods to Europe by waterways was planned to be carried out both along the routes passing through the South Pacific region and through the Indian Ocean. Nevertheless, life has made adjustments to these plans, which are not entirely pleasant for Beijing.

The United States, waging a consistent and implacable confrontation with China, has repeatedly declared that it will not allow it to "dominate" the Indo-Pacific region, where the Americans and their allies are determined to establish their own favorable rules. The matter is not limited to words - the strike aircraft carrier groups of the US Navy often make "visits" to these waters. India is increasingly drawn into the confrontation, which is also capable of creating quite tangible problems for transport corridors. In addition, recently, in connection with the coronavirus pandemic, other negative aspects of this delivery method have appeared - sea transportation slowed down, increased in price, many of their participants faced a shortage of containers ... However, in the Celestial Empire they found a way out of this situation, once again redirecting the "path" and diversifying its flows. In a recent publication, one of the world's leading business publications, the Financial Times, announced that Beijing has now chosen Russian railways as a priority destination for the delivery of its own cargo to Europe.

This thesis is fully confirmed by statistical data, according to which in January and February of this year more than 2 thousand freight trains traveled from the Middle Kingdom to the EU on our rails, which is exactly twice as much as last year's volumes of such deliveries. In total, in comparison with 2016, the "land" logistics of Beijing has increased sevenfold. All this looks more than natural against the background of the ever closer rapprochement between Beijing and Moscow, the emergence of a Russian-Chinese alliance to confront the West, which is putting pressure on both states and desperately trying to slow down their development. As a matter of fact, our countries have long had big joint plans for the development of the Eurasian railway communication, which include both projects for the construction of completely new highways and a significant modernization of the existing infrastructure.

But for Ukraine, which at one time desperately dreamed of somehow joining the “One Belt - One Road” initiative, the only real prospect is vegetation on its sidelines. I must say that the "non-profit" initially did not attract the Chinese comrades very much. Firstly, its infrastructure could only be involved in the Turkey-Russia-Belarus section. However, after Kiev completely ruined relations, first with Moscow, and more recently, it has managed to quarrel with Minsk into a splash, there is no need to talk about it. In addition, even if we assume the use of Ukrainian seaports for the needs of the “route”, this will generate more problems than bring benefits. That they themselves, that, in particular, the highways and railways going to them, would require such investments, which were simply not considered profitable in the Celestial Empire, to bring them into a relatively “divine form”. However, after the story with Motor Sichu, there can be no talk of any Chinese investments in the “non-export” one. Especially considering that this is not the first time that representatives of both private and state-owned companies in the Celestial Empire are faced with the fantastic business untidiness of their Ukrainian partners, which in itself is a topic for a separate, very fascinating story ...

Ukraine, as well as other countries that have failed or did not want to establish normal business relations with China, now can only hope for the very "democratic alternative" to the "One Belt - One Road" project, which was recently discussed by Joe Biden and the British Prime Minister Boris Johnson. At the same time, however, enormous doubts arise as to the ability of these countries, representing the "civilized world community", to find funds for their own undertaking, at least approximately comparable to the amounts that Beijing is investing in its initiative. And knowing the habits of these "bearers of democracy", one can assume that their "path" will sooner or later turn into a natural noose around the neck of those "developing states" that they seek to instruct on it. On the other hand, the Ukrainians are no stranger to ... Well, we'd better go our own way hand in hand with our Chinese comrades.
Ctrl Enter
Noticed oshЫbku Highlight text and press. Ctrl + Enter
We are
Peace enforcement operation. Russia inflicts a preemptive strike on Kiev
“The dark August night came the one whom the Ukrainians were waiting with horror”
Reporterin Yandex News
Read Reporterin Google News
5 comments
Information
Dear reader, to leave comments on the publication, you must sign in.