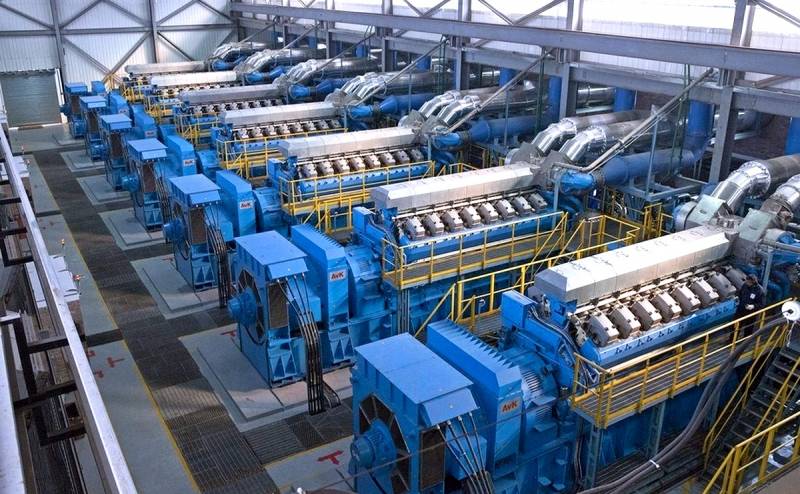 Norway has banned Rolls-Royce from selling the Bergen Engines engine plant to the Russian company Transmashholding. According to an official press release from the Norwegian government on March 26, the decision is motivated by a threat to national security interests. In addition to direct sale, the transfer of shares, assets, property, industrially significant production and technological information, as well as any other rights belonging to Bergen Engines and its subsidiaries, is also blocked.


Transmashholding (TMH) reached an agreement with Rolls-Royce to acquire a plant in Bergen back in February 2021, hoping, as noted in the company's official press release, "to expand the holding's presence in the global market." It is important to note that this acquisition is an absolutely transparent transaction that complies with all the principles of both Russian and Norwegian legislation, and international practice in the field of corporate law.

Rolls-Royce sells the plant due to a markedly deteriorating financial situation. The pandemic did not affect the company in the best way and, according to its head Warren East, Rolls-Royce's loss for 2020 amounted to about 4 billion pounds. At the same time, the net profit of Transmashholding for the same 2020 amounted to more than 23 billion rubles. If, for comparison, this amount is converted into British currency, it turns out that TMH received about 2,2 billion pounds of profit for the year according to international financial reporting standards.

This comparison of the financial situation of the two companies sheds light on the nature of the transaction, which, in fact, is nothing more than the buyout of a successful and developing company part of the business from a struggling competitor suffering colossal losses. That is why, in a special statement on this situation, Rolls-Royce emphasizes that the cancellation of the deal would entail "significant uncertainty in the structures of Bergen Engines", noting its desire to sell this business and raise at least 2 billion pounds from the sale of its assets by the beginning of the next of the year.

Actually, if TMH were a company from the USA or the EU, there would be no problems, because the expansion of American companies to Europe (and in rare cases - back) is a familiar and well-known business. However, Transmashholding is one of the largest transport engineering enterprises in the world - a Russian company. Paradoxically, when in March 2009, in accordance with the concluded agreement on strategic partnership, it transferred a blocking stake (25% + 1 share) to the French machine-building enterprise Alstom, no one in Russia, including officials, met neither negative emotions, let alone any barriers and obstacles at the state level. Although it was in March 2009, just a few weeks before that, the National Assembly (lower house of parliament) of France announced a vote of confidence in the government and thereby supported the return of the Fifth Republic to the status of a full member of the alliance, the military organization of which France left back in 1966.

After all, it was NATO, along with Norway, that undoubtedly played a key role in the story of the sale of the plant. Norway is one of the oldest members of the North Atlantic Alliance and has been part of the bloc's structure since its inception in 1949. As you know, the main real goal at the time of NATO's creation was to protect Europe from "Soviet influence". However, in recent years, the whole naivety of the assumption that the collapse of the USSR changed the existing state of affairs in any way has become obvious. The expansion of NATO to the east and the growing tension in relations showed that NATO did not change its goals, but only re-projected them from the USSR to Russia.

However, as practice shows, not all members of the alliance are satisfied with the current situation. As the situation with sanctions against Nord Stream 2 has shown, a split has been outlined in the ranks of the North Atlantic Alliance recently, and even its Secretary General Jens Stoltenberg was forced to publicly admit last week that “NATO has no position” on the Russian gas pipeline. Nevertheless, just a few days later, US Secretary of State Anthony Blinken in an interview with the American CNN stressed that disagreements on the project do not in any way affect the close cooperation of NATO partners "in all possible spheres of interaction."

And this statement, made right now, is not accidental. NATO Secretary General - Stoltenberg, in the past twice the Prime Minister of Norway, today is an extremely influential politician, not only on the world stage, but also, no doubt, in his homeland. It is this fact that may be the key to Oslo's current line towards Russia. Norway, not being a member of the EU, seeks to demonstrate maximum loyalty to the interests of NATO, broadcasting the interests of its largest member - the United States. The latter, in turn, strive not only to worsen economic position of Russia, but also to compensate for their own failures.

After all, if you think about it, Russian companies, even in spite of American sanctions, are quite actively doing business in the EU, both buying and selling enterprises, but it was the engine plant that for some reason became a stumbling block. However, if you look at the situation from a different angle, the US position becomes quite obvious.

Russia's successes in the field of machine and engine building have long been a bone in the throat of the American side. For example, in the period from 1997 to the present day, more than one hundred RD-180 engines, developed by a subsidiary of Roscosmos, NPO Energomash, have been delivered from Russia to the United States. It was on Russian engines that more than ninety flights of the American Atlas rocket were performed, including those during which NASA launched the Curiosity and Perseverance rovers to the Red Planet.

A curious fact was how, during the adoption of the next package of anti-Russian sanctions, the United States blocked, among other things, the purchase of the RD-180. For example, in April 2014, a US court banned United Launch Alliance from buying anything from NPO Energomash. The ban lasted an unimaginably long time, and after a whole month Washington had to lift it, because, as it turned out, there was no longer anything to launch American missiles, and there were simply no suitable alternatives either in the United States or in the rest of the world. It is worth noting that another populist attempt to ban the import of Russian engines was made by the US Congress already in 2016, but again the complete lack of analogues let down.

Undoubtedly, such a lag of the United States in the technological sphere cannot but hit the pride, and American politicians It is especially unpleasant to observe how the Russian engineering industry, represented by TMH, is actively developing, while an enterprise owned by British NATO allies and located in Norway, also a member of the North Atlantic Alliance, is being sold to more successful Russian competitors. And if official London is trying not to interfere in the deal (the industrial giant Rolls-Royce is really on the verge of ruin), then for Norway the situation is somewhat different.

As noted by the official representative of the Russian Foreign Ministry Maria Zakharova, the decision to cancel the deal is in line with the Oslo approach "with an obvious bias towards containing our country." According to Zakharova, the regulatory authorities of the Scandinavian neighbor have repeatedly confirmed that there is no reason for the products and developments of the plant in Bergen to fall under Norwegian export restrictions, and the curtailment of commercial transactions with Russia by Oslo is far from an isolated one.

In continuation of Zakharova's words, it is worth noting that just three months ago - in January 2021, the Norwegian company DNV GL refused to provide certification services for the Danish section of the Nord Stream 2 gas pipeline upon completion of its construction, citing the introduction of new US sanctions against project. At the same time, it is important to understand that the certification of this section is key not only for the completion of pipe laying in the exclusive economic zone of Denmark, but also, as a result, for the commissioning of the entire gas pipeline.

Using NATO's levers of influence, the United States, in turn, fully justifies its foundations, adding to big-time politics such a fundamental thing for the Wild West as the pursuit of a long dollar. America is persistently striving to sell its liquefied gas to Europe, and on terms that are objectively unfavorable for the European buyer. And the view of a successfully developing Russian enterprise in the less developed in the United States the field of engine building, makes it use all available methods in order to prevent its further expansion to the West.

Still, there are cases when geopolitics is complex and multifaceted, and sometimes, as it is now, it is extremely simple. It is not good for Russia to be more successful than the United States. And if, in order to prove this, it will be necessary to violate all the norms of international law, then so be it.
Ctrl Enter
Noticed oshЫbku Highlight text and press. Ctrl + Enter
Reporterin Yandex News
Reporterin Yandex Zen
13 comments
Information
Dear reader, to leave comments on the publication, you must sign in.