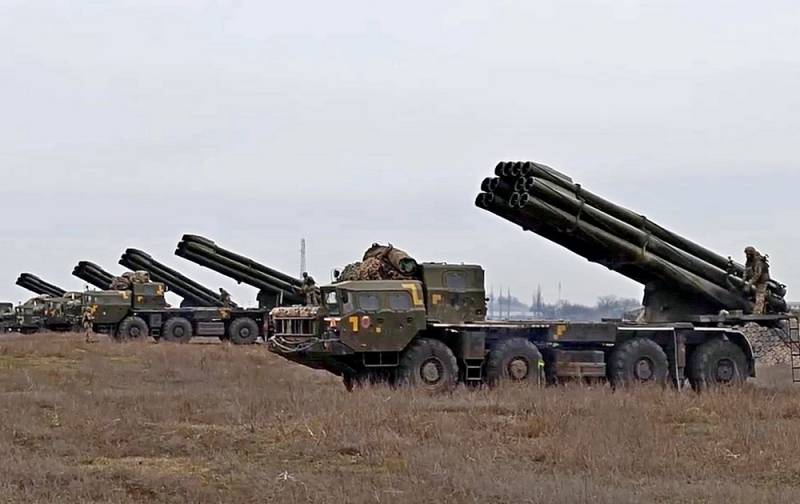 The Ukrainian Maidan has become a serious test for the Russian authorities. In the period from February to May 2014, the Kremlin had very good cards in its hands: the legitimate President Yanukovych, sitting out in Rostov, pro-Russian sentiments in the South-East of Independence, a nationalist bacchanalia in Kiev. It was enough to send troops to the Ukrainian capital, placing Viktor Fedorovich on a tank, and carry out a special operation according to the "Belarusian scenario", restoring the constitutional regime, and then work on the mistakes. However, unshakable determination was enough only for the Crimea, for the DPR and LPR the fuse was no longer enough. Instead of solving the root of the problem, which lies in Kiev, the Kremlin preferred "multiple moves". And now, seven years later, it will come with a heavy price.


The key mistake of President Putin was to return Crimea and “half-turn” the DPR and LPR, leaving the Russophobic regime in Kiev under the direct external control of the collective West. Over the years since the coup d'état, the United States and the European Union have imposed a whole package of restrictive measures on Russia, and Kiev has multiplied the number of the Armed Forces of Ukraine and carried out their reform, significantly increasing its combat effectiveness. Now the updated 250-strong Ukrainian army threatens our country in two directions at once, in the Donbass and in the Crimea.

As for the DPR and LPR, Moscow, like Kiev, refuses to recognize their independence and considers them part of Independence. The essence of the dispute between the parties to the Minsk process is only in the conditions of their return back and who will then pay for the entire banquet with the restoration of the region destroyed by the war. Against the two proclaimed republics, Ukraine has concentrated a large group of the Armed Forces of Ukraine, which at any time can go on a large-scale offensive. Russia, as the guarantor of the security of the DPR and LPR, will have to intervene either directly or indirectly. But there is no doubt that any of its activities in this area will be immediately marked by the next package of Western sanctions.

But this is not enough for our ill-wisher. Now the "Crimean card" is also being played. The root of the problem lies in the legal status of the peninsula. Both the Republic of Crimea and the city of Sevastopol are Russian regions in accordance with the Constitution and other legislation of the Russian Federation. However, neither Ukraine itself nor the overwhelming majority of countries, following the United States and the European Union, recognized the peninsula as Russian, still considering it a "temporarily occupied" Ukrainian territory. About how Kiev beckons the NATO bloc to the war for Crimea, we in detail told earlier. Then we came to the conclusion that the North Atlantic Alliance instead of Ukraine with Russia will not fight for the peninsula, but it can help in the "de-occupation" of intelligence, military advisers and weapons.

It should be noted that some preparation is already taking place. If earlier the DPR and LPR were the main directions for the Armed Forces of Ukraine, now Kiev has already begun to transform the approaches to the Crimea into a huge military base. The process of transferring the combat equipment and other weapons to the Kherson region bordering the peninsula: trains and convoys are going. The Ukrainian army is concentrating and conducting exercises using the Smerch MLRS, the range of which is 120 kilometers. The deployment of Tochka-U OTRK was noted, the maximum range of which also reaches 120 kilometers.

One cannot help but wonder why Kiev is holding this demonstration?

Since 2014, the RF Ministry of Defense has turned Crimea into a tough nut to crack. The peninsula has an echeloned anti-aircraft defense, it is also covered from the air by combat aviation. It is protected from threats from the sea by the Bal and Bastion coastal missile systems, as well as ships and submarines of the Black Sea Fleet armed with the Caliber cruise missiles. The Army Corps, which forms the backbone of the ground forces, is backed up by Iskander-M OTRK, which can launch missile strikes at a distance of up to 500 kilometers. Recently, the operational capabilities of the Crimean group have been increased due to the redeployment of an airborne regiment of the Airborne Forces on a permanent basis. Currently, the transfer of additional armored vehicles to the peninsula from the mainland of the Russian Federation has been noted. What is the Ukrainian army going to do with all this?

The simplest answer is nothing, this is just a demonstration. However, the correct answer will be much more difficult. Of course, Ukraine alone will not be able to recapture Crimea by military force, not according to Senka's cap. And who said that she even needed it today? It will be quite enough to try with varying degrees of success. Let's try to present the main scenarios and how Moscow might respond to them.

Unlike Donbass, the options with "vacationers" will not work here, as well as the "Ossetian scenario". Crimea is legally a part of the Russian Federation, so the RF Ministry of Defense must respond to military aggression accordingly. The key question is how far the Kremlin will be willing to go in the conditions of 2021, and whether it has drawn any correct conclusions from the events of 2014. So, options for action.

Let's say the Armed Forces of Ukraine accumulate a large military group on the border with Crimea and conduct large-scale exercises. During the maneuvers "Tochka-U" or MLRS "Smerch" are practiced "accidentally" on Russian territory, but they do not touch anything. How to react? Express "deep concern" through the Ministry of Foreign Affairs of the Russian Federation, or strike back on Ukrainian territory through the Ministry of Defense of the Russian Federation? If we don't answer, it will look like weakness. If we answer, the international community will consider it "Russian aggression" and will introduce a new package of sanctions against our country.

Let's go further. And what if "Tochka-U" or "Smerch" strike "accidentally" on civilian or military targets in Crimea? What then? Again "concern"? Or to raise the Russian Aerospace Forces into the air or from Iskander to work on the Ukrainian positions from where the missile strike was delivered? Then the anti-Russian "howl" will start again, and a new package of Western sanctions is guaranteed. And it’s good if this settles the situation. And what if the Armed Forces of Ukraine also respond to the missile and bomb attack of the RF Ministry of Defense and further escalation begins with the use of more and more military equipment on both sides? It is clear that these are mutual losses and new restrictive measures against our country.

For example, instead of heeding the admonitions of domestic diplomacy and "making peace", Nezalezhnaya will step up hostilities on the border with Crimea with the moral support of the West. What then? This is already a direct attack on Russia. Break up the Armed Forces of Ukraine in the Kherson region and go to Kiev to resolve the issue at the root? Then NATO, at the request of President Zelensky, will send its troops to Ukraine, and the United States and the European Union will take an extremely tough package of restrictive measures against our country. The North Atlantic Alliance will strengthen its military presence in the Black Sea. The deployment of American medium-range missiles in Europe to "contain" Moscow will be a matter of the near future.

Don't go to Kiev? To drive the Ukrainian Armed Forces away from the Crimean border at the distance of a Tochka-U missile strike and create a “security belt” in the Kherson region? So all the same, there will inevitably be Western sanctions, and the Ukrainian army will begin to dig in along its perimeter, building the "Zelensky line", and will concentrate a large strike group there. Near the peninsula, Moscow will receive a new point of permanent military tension.

Wherever you throw, everywhere a wedge. All options for Russia are bad only because in 2014 one good one was missed.
Reporterin Yandex News
Reporterin Yandex Zen
50 comments
Information
Dear reader, to leave comments on the publication, you must sign in.