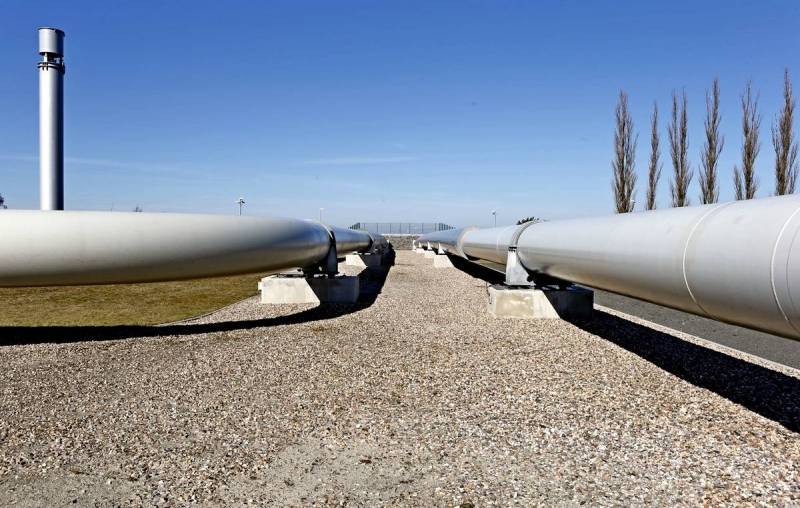 Recently, in Kiev, where the prospect of completing the construction of the Nord Stream-2 gas pipeline is being considered at the level of a universal catastrophe, they have somewhat cheered up. It turns out that the exclusion of Ukraine from the supply chain of Russian gas to Europe is not the end of the world. There is an alternative, and what a wonderful one! In "nezalezhnoy" already with might and main they are making plans for how in time to adhere to the course taken by the EU to completely get rid of harmful CO2 emissions, they will become almost the main suppliers of clean and environmentally friendly "green" hydrogen. And let the Russians sit on their useless fossils ...


As usually happens with dizzying and enchanting plans, upon closer examination, a lot of harsh "buts" are revealed. Are Ukraine's “hydrogen” prospects real, or are they just another “castles in the air” that are destined to crumble when faced with rough reality? Let's try to figure it out.

Purely theoretically, technical Ukraine has an opportunity to supply something gaseous in the Western direction. It was no coincidence that I used such a vague definition - since the Russian “blue fuel” transported today through the “non-railway” gas transportation system and the gas that Ukrainian dreamers are going to use it in the “bright future” to drive to Europe, is, as they say in Odessa, “ two big differences. " The problem here is, by and large, one, but cardinal. Her name is volatility. In simple terms, hydrogen will literally beat out of all the numerous cracks in the Ukrainian GTS, which is "tired" to the limit. Exclusively due to the fact that it has (in contrast to "ordinary" pipeline gas) the ability to seep through any, even the most microscopic holes, cracks and loopholes. And this is not fiction, innuendo or assumption. In one of the regions of Ukraine, relevant tests have already been carried out - exclusively as an experiment. The purest, 99% hydrogen was pumped into the pipes under operating pressure. Within two weeks, this same pressure dropped by almost half - the fuel "by itself" escaped from the pipe.

Thus, if we try to fill the system through which Kiev today plans to supply it to Europe with hydrogen, then fuel losses during transportation will reach 40%, or even half of its volume. This is, of course, completely unacceptable. Is there a way out? Of course! But it only consists in the complete modernization of the entire gas transportation system, re-profiling it for completely different tasks that are beyond its capacity today. After all, one should not forget that gas is transported in main pipelines under very high pressure and this will inevitably create additional problems. And, even more importantly, increased security threats. After all, hydrogen, as you know, is an extremely flammable and explosive gas ...

Today, blue fuel flows from Russia through the network of trunk pipelines that make up the Ukrainian section of the Brotherhood or Bruderschaft gas pipeline to Slovakia, the Czech Republic, Germany and Austria. Taking into account the relations between the states and Kiev's eternal desire to build "cooperation" in the field of transit on the most unfavorable terms for Moscow, after the launch of Nord Stream 2, they will finally become empty. Several years of downtime - and the remains of the GTS will only be suitable for scrap metal. However, to declare that to switch to hydrogen transportation “it would be enough to renew the sealing of pipelines” could only be such a dense amateur in everything except filling his own pockets and uttering populist slogans like the current Prime Minister of Ukraine Denis Shmyhal. Of course, the matter will not be limited to any "coating of seams". By and large, it is not at all a fact that the current GTS can be adapted for hydrogen.

It is quite possible that it will be cheaper and easier to demolish it to the ground and build a new one, since the costs of “re-profiling” will be comparable to the price of such a solution, or even surpass it. There is, by the way, one more option - to maximally reduce the proportion of hydrogen in the transported gas mixture. However, in this case, the problem of its separation at the end point will arise. Which, again, is economically unprofitable. At the same time, the main question remains open - who will pay for all this? Today in Kiev, for some reason, they are sure that all the "Western partners" will finance it. After all, Ukraine so fervently supports Green Deal and, in general, all the initiatives emanating from Brussels - no matter how weakly they "dovetail" with its own national interests. It seems that there are some "shifts" in this direction - for example, quite recently, a rather serious intergovernmental agreement on "green" energy was reached by Kiev with Berlin. However, here, too, everything is far from being as smooth and simple as it might seem at first glance.

With a pitchfork on hydrogen it is written

I admit that while reading the above, some of you have already had a more than logical question: “Wait! And where, in fact, will the very hydrogen that Ukraine is going to supply to the EU countries come from? " This is where the most interesting part begins. They are going to produce this "fuel of the future" just in the "non-railway". In this case, we are talking, of course, about "environmentally friendly" projects in which the electrolysis process, which is the main method of industrial production of hydrogen, is produced not with the help of energy obtained from smoky and foul-smelling thermal power plants, but from "correct" sources, such as wind or solar generation. Brussels strongly disagrees with anything else. At the same time, the Europeans themselves intend to put into operation the capacity for the production of "green hydrogen" for a maximum of 2024 gigawatts by 6. In 20 years this volume is planned to be increased to 40 gigawatts, "replacing" about 13% of all energy in the European Union with hydrogen. It seems that Ukraine really does have an agreement with the Germans.

The German corporation Siemens Energy, supported in this undertaking by the state, is going, together with the company of the Ukrainian oligarch Rinat Akhmetov, DTEK, to build a plant in Mariupol to produce hydrogen by electrolysis. As a base for the enterprise, the Metinvest plant, which is one of the largest metallurgical enterprises of the non-railway, will be used. It will subsequently introduce "clean" steel production technologies. In turn, the construction of a colossal electrolyzer with a capacity of 8 and a half megawatts will cost a significant amount - 25 million euros. In the long term (a year by 2050), Ukraine is “aiming” at producing 7 and a half gigawatts of hydrogen for the European Union annually. It sounds very optimistic, but here again very ambiguous nuances begin.

Why Akhmetov needs the project started in Mariupol is understandable. The upcoming introduction of the "carbon tax" in the EU will make the products manufactured today at hopelessly outdated Ukrainian metallurgical enterprises completely uncompetitive in European markets. Otherwise, it will completely close her way there. Here there is an opportunity to urgently "plant greenery", and even on shares with the Europeans themselves. Much more interesting is what the Germans are trying for. It is clear that no one is involved in charity in the world of capital. Therefore, they have some kind of interest in this. And you don't need to look for this interest for a long time - most likely, the involvement of Kiev in green hydrogen projects is the very compromise between Berlin and Washington in their squabbles over Nord Stream 2, which has been discussed for a long time. At least - from the moment Joe Biden came to the White House.

For the sake of the Americans finally detaching themselves from the construction of this gas pipeline, the Germans are ready to "throw the bone" to Ukraine, having painted it brilliant prospects for a "green future". The only problem is that to promise, this, excuse the rudeness, does not mean getting married ... To open European markets for Ukrainian exports in Brussels, too, I remember, they swore. It all ended with quotas, and scanty ones. No, Ukraine's participation in projects carried out under the Green Deal is likely to be unambiguously welcomed. But as far as their financing is concerned, this is a separate question. One gets the impression that some in Kiev, having seen in the official documents that are in the public domain, the colossal sums that the EU plans to invest in its own "decarbonization", found themselves on the verge of being suppressed by their own saliva. And today he expects, under the chatter of an unconditional commitment to the fight for the environment, to pull out more tranches, loans and investments "for greening" from Brussels.

At the same time, the realities, according to which the European bureaucrats have recently begun to "break off" extortionate material claims even of those countries that are part of the EU - the same Balts or Poles, are not taken into account. "They'll give you where to go!" And if they don’t give ?! And after all, most likely - in any case, they will not be allowed to pay for such an expensive project as a complete re-profiling of the existing gas transmission system or the creation of a new one, "for hydrogen", absolutely definitely will not be Berlin, Brussels, or anyone else. At present, Ukraine, which is trying to run ahead of the European "steam locomotive" in the matter of "decarbonization", has already gone too far with the introduction of renewable energy sources.

Ultimately, this led not to a reduction in prices, but to a sharp rise in the price of electricity for industry and the population - after all, the government, trying to stimulate the development of renewable energy sources, pledged to purchase the electricity they generated at an incredibly high price. To produce hydrogen according to "green" standards, such capacities will have to be commissioned many times more. However, if we assume that the expected investments of the West in the construction of electrolysis facilities, and, most importantly, the "reformatting" of the gas transportation system to Ukraine will not come, then all this will turn out, in the most literal sense of the word, a waste of money. Thus, carried away by yet another attractive "mirage", Kiev is at great risk of laying under its own the economy one more "bomb". This time - hydrogen.
Reporterin Yandex News
Reporterin Yandex Zen
5 comments
Information
Dear reader, to leave comments on the publication, you must sign in.