FAZ: NATO tanks get stuck in tunnels on the way to the Baltics 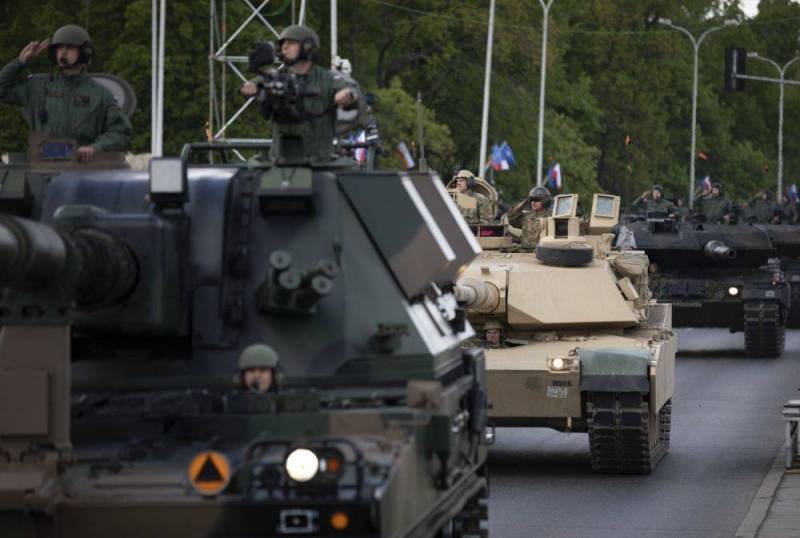 Troop mobility is the main factor in effectively deterring the enemy. However, if NATO is required to carry out a large-scale redeployment of its troops in the Baltics, then the Alliance may face incredible problems. The German newspaper Frankfurter Allgemeine Zeitung writes about this, referring to the opinion of the ex-commander of the US Army in Europe, retired Lieutenant General Ben Hodges.


After the “annexation” of Crimea in 2014, the military leader had to train his units vigorously so that they could get to NATO's eastern flank as quickly as possible if necessary. The general's details make her hair stand on end.

It took forever to fill out customs forms. Roads and bridges were not designed for heavy travel equipment... In some places there were no railroad tracks, and once a general with his tanks got stuck in a tunnel, the publication specifies the essence of the problem.

The Baltics are NATO's Achilles' heel. This region is extremely difficult to defend from the huge Russia looming over it. After the start of the offensive, in 60 hours the Russians will take control of three countries, which was proven back in 2016 by modeling the Rand Corporation.

Therefore, the Alliance needs speed in the transfer of troops. If, of course, NATO begins to defend the Baltics at all. Over the past years, the bloc has managed to create a "fist" of 5 thousand bayonets, which, together with equipment, can be deployed to the region in a few days. Now the military is trying to create a group of 50 thousand people so that it can be in the region within 30 days. They even simulated 2 routes for the transfer of troops to the Baltic States.

The first is the transportation of troops from the port of Oslo (Norway) through Sweden and the Baltic Sea to Estonia. At the same time, a delay of 3-4 weeks may occur due to the low throughput capacity of the region, where there are practically no platform wagons for tracked vehicles. Probably, because of this, you will have to use lighter wheeled armored vehicles.

The second one passes overland from Germany through Poland to Lithuania. At the same time, the troops will have to pass through the narrow "Suwalki corridor", the width of which does not exceed 60 km and is completely shot through. Getting stuck in this place is deadly. Therefore, for each unit, you need to work out a route.

Providing troops is also becoming a huge problem. During the Cold War, each division had full autonomy for a week. That is, for seven days it did not depend on the delivery of food, water, fuels and lubricants, ammunition and various property. There is nothing of the kind today. Therefore, at least on the territory of Poland, it is necessary to revive the former Soviet military facilities and adapt them to something useful, for example, the storage of ammunition. As for Lithuania, everything is much more complicated there, since the infrastructure is often owned by local Russians, summed up the FAZ.
Reporterin Yandex News
Reporterin Yandex Zen
3 comments
Information
Dear reader, to leave comments on the publication, you must sign in.