"Nuke Mars!": The United States will take the entire Earth under nuclear aim 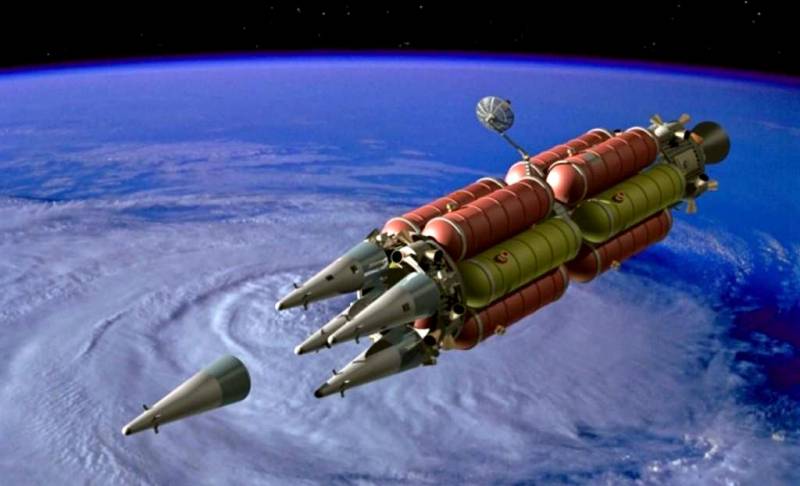 And again we are forced to return to the topic of "good intentions", which lead you know where. The famous American billionaire Elon Musk has returned to his highly controversial idea of ​​terraforming the Red Planet under the slogan "Nuke Mars!" ("Let's make a nuclear strike on Mars"). From this slogan a mile away carries not only "HYIP", but also global troubles.


The very idea of ​​the possible colonization of Mars causes only a positive attitude. This may be the first step towards realizing the dream of many science fiction writers to explore deep space, and the resettlement of mankind to another planet, even within the solar system, reduces the risk of its death as a result of a global cataclysm, such as the fall of a large asteroid or nuclear war. Due to the presence on the Red Planet of its own mineral and other resources, in the future, the Martian colony can become self-sufficient. In general, initiatives in this direction can only be supported. But the Devil, as always, is in the nuances.

Traveling to Mars on a thousand rockets and creating a colony of one million people there, as Elon Musk suggests, is an extremely costly and technologically incredibly difficult task. We will not enumerate all the problems that arise; these voluminous scientific works are devoted to this. We will mention only the most "bottlenecks":

At first, does not exist yet Technology, which would make it possible to create spaceships capable of safely delivering colonists so that they would not receive a lethal dose of cosmic radiation during their journey. Rather, this problem can be solved by sheathing with lead sheets, but this will lead to a proportional increase in the mass of the ship and a decrease in its carrying capacity. Engines of a new type are needed.

Secondly, solar radiation will remain a problem on the surface of Mars. The red planet, unlike the Earth, does not have a magnetic field that protects us from ionizing radiation. Colonists will have not so much to walk on red dunes and dunes, as in the movie "Total Recall", as to hide in bases hidden deep below the surface.

Thirdly, it is cold on Mars and there is practically no atmosphere, but the radiation background is 2,5 times higher than that tolerated by astronauts on the ISS. It is impossible to live in such conditions without special spacesuits.

In addition to these, there are many other problems, but it is clear that colonization is an extremely serious task for all of humanity, requiring its cumulative stress and colossal investments in technology. For this reason, serious scientists are very skeptical about Elon Musk's initiatives. And he proposes to carry out "only" a thermonuclear bombardment of both poles of the Red Planet. This will lead to higher temperatures, melting glaciers, the formation of liquid water and the release of greenhouse gases that will create an atmosphere on Mars. Allegedly, after this, the colonists will be able to walk on the surface already without a spacesuit in only one oxygen mask. Beauty.

But there is another way of looking at this "terraforming" method. Mathematician Robert Walker calculated that to implement the first part of the American billionaire's plan, at least a million nuclear bombs with a capacity of 100 megatons each would be needed, which would have to be sent to Mars 3500 pieces per day for seven weeks to achieve the desired result. There is no such number of nuclear charges on Earth and is not expected, as well as the means of their delivery to another planet. This is the first thing.

Mars' carbon dioxide reserves will not be enough to create the right atmosphere, even if the first problem were solved. And since the Red Planet does not have a magnetic field, solar radiation will gradually "pull off" the one that has formed. This is the second.

And finally, the third. For some reason, Elon Musk does not take into account in his calculations that after the explosion of so many nuclear bombs, the surface of the planet will be contaminated with radiation for a long time. After that, you can't take a walk there in an oxygen mask and you can't plant an apple tree.

In general, Elon Musk's initiative is some kind of nonsense, and he himself cannot fail to understand this. But then why is this undoubtedly smart man promoting it? The head of Roscosmos Dmitry Rogozin tried to answer this question:

Anyone who calls for the "terraforming" of Mars or other planets understands very well that this is just a pretext for the launch of nuclear weapons into space, which, if useful, it is only to "terraform" our Earth. And forever.
But it's true, you can't just send nuclear warheads to Mars. First, they will need to be delivered into orbit and accumulated somewhere along with the delivery vehicles in order to send them in large batches. Where? Let's say that a circumlunar orbital station, which the United States and its allies are currently building, will be adapted for this case, taking China and Russia as brackets. But will nuclear bombs then fly to the Red Planet?

It has long been no secret that Elon Musk is working closely with the Pentagon on his space and satellite program. So why not try, under the most plausible pretext of Mars exploration, to lobby for the idea of ​​placing an American nuclear arsenal in space?
Ctrl Enter
Noticed oshЫbku Highlight text and press. Ctrl + Enter
We are
Nuclear engine to fly to Mars: Russia is preparing a space breakthrough
The "occupation" of Mars begins?
Reporterin Yandex News
Read Reporterin Google News
12 comments
Information
Dear reader, to leave comments on the publication, you must sign in.