The UK assessed the likelihood of a new war in Ukraine 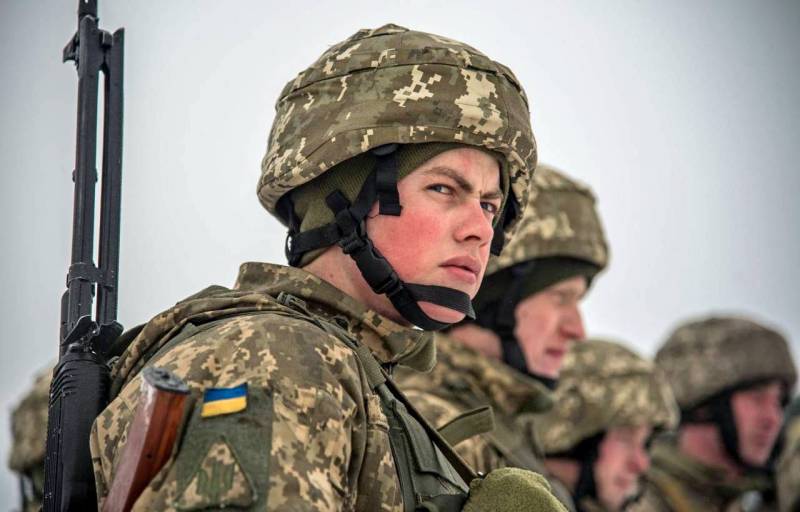 Sarah Lain discusses the prospects for a resumption of the "hot" conflict in the Donbas on the website of the British Royal Joint Institute for Defense Research.


The author notes that the growth of tension and the exchange of strikes between Ukraine, on the one hand, and the DPR and LPR, on the other, continues to approach a dangerous level. This “surge in violence” is significant as it followed a period of calm.

While the ceasefire was never expected to be total, there is no doubt that tensions are mounting. […] The head of the so-called Donetsk People's Republic (DPR) Denis Pushilin insisted especially loudly that Ukraine was planning to escalate the confrontation. [...] For his part, the head of the Ukrainian delegation Leonid Kravchuk regarded this as a possible sign of Russia's unilateral withdrawal from the ceasefire agreement
- the text says.

The expert does not exclude that the current rise in tension was, in general, inevitable. Earlier negotiations are predictably deadlocked. The positions of the parties remained unchanged, and no one planned to make concessions.

In addition, it is argued that increased tension may be associated with internal policies President Vladimir Zelensky. In particular, his actions against "pro-Russian politician and businessman Viktor Medvedchuk."

There are many reports that both sides are strengthening their positions and increasing the number of weapons along the front line.

It is possible that this is part of a regular troop rotation, but the lack of context allows multiple interpretations and certainly raises concerns about the intentions of each side. However, when considering the possibility of a large-scale attack from either side, the events should be put in perspective.
- says Ms. Lane.

Nevertheless, all that is happening does not mean that Ukraine is again on the brink of a full-scale war: on March 27, the number of ceasefire violations in the Donetsk region decreased. Because of these constant fluctuations, it is difficult to draw conclusions about the trend. Moreover, the number of hassles may be higher around traditional hotspots.

For example, in the Luhansk region at the present time it is much quieter than in the Donetsk region, however, clashes are regularly observed in the Zolote region. This ambiguity makes it difficult to understand whether what is happening now is a movement towards escalation or not.

Yes, the situation in eastern Ukraine is clearly alarming, the author continues; nevertheless, it cannot be ruled out that the escalation will remain local. Yes, both sides have incentives to accuse each other of wanting to start a fight. And yet the resumption of full-scale war would be very destructive for both.
Reporterin Yandex News
Reporterin Yandex Zen
3 comments
Information
Dear reader, to leave comments on the publication, you must sign in.